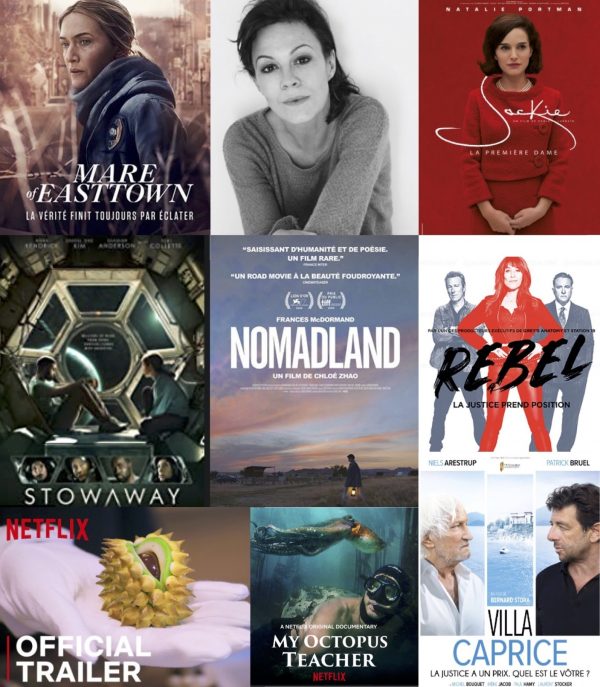 This week, your films are about struggle.

about struggle and The Oscars

to come during the night of next Sunday 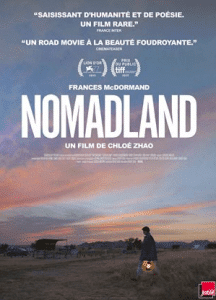 Directed by Chloé Zhao, based on the novel by Jessica Bruder

Fern has just lost her husband and her home. Despite the help offered to her by her family, she decides to live in a caravan and wanders through deserted areas, looking for work and solitude.

This is the movie that will probably win the Oscars. At least, I hope so.

Because we are immersed in the soul of this woman, which is basically the soul of today’s America, the soul of those left behind, of those who have lost their jobs, or their loved ones, and often both.

In Western societies, everything is done to keep us in the same place.

In Nomadland, people, out of the system because of the economic or human difficulties they have encountered, choose not to live in houses but in caravans and travel sometimes together or alone.

Every year, they meet in the middle of the desert, and form a community of nomads, founded by a generous man who has also suffered his share of tragedy.

The heroine, Fern, (the immense Frances McDormand) is sad, nostalgic, courageous, generous. She does the most difficult, physical, thankless jobs (Amazon among others), is often cold, hungry but always shares what she has with her neighbors.

Social violence is everywhere and people struggle and live day by day..

The strength of this film lies precisely in the combination of the harshness of these lives, the solidarity of these communities with the solitude of the characters in total harmony with nature. And the desert is here a character in its own right.

The beauty of the landscapes, the colors, contrasts with the hardness of the faces, the jobs, and the lives of the characters. The pain of this woman seems to embrace it completely and she can not lock herself in a house.

You will remain for a long time impregnated with the look of Francis McDormand.

The director, Chloe Zhao, left China at the age of fifteen and her first films, Songs My Brothers Taught Me, and The Rider were selected at the Sundance Film Festival in 2015 and 2017. She lives in the United States where she is seen by the Chinese regime as a “traitor” to her country.

Chloe Zhao, won the Golden Lion at the Venice Film Festival in 2020 and the Golden Globe for Best Director and Best Drama Film in 2021 for Nomadland and doubled that award at the Bafta (the equivalent of the English Oscars).

She is the second woman director to win this Golden Globe after Barbra Streisand for Yentl in 1984 and the first person of Asian origin to win a Golden Globe.

And she also won the Best Director award for Nomadland at the Satellite Awards.

Of all the films nominated this year, Nomadland is the one that undoubtedly deserves the Oscar for Best Picture.

See you next week for the verdict. 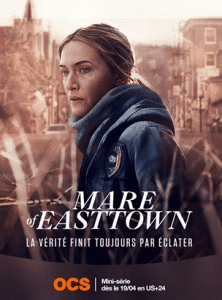 Mare (Kate Winslet) is a detective in the small town of Easttown. She is a local hero because she helped win a basketball championship twenty years earlier. She is nicknamed Lady Hawk for this.

We realize that she is more a social worker than a detective in this city where social problems are multiple, whether it is drugs, alcoholism, access to contraception. We learn that a young girl, Katie Bailey, has been missing for a year and that her mother asks that the investigation be reopened.

This mini-series, of which only one episode is available for the moment on OCS and CANAL PLUS and AMAZON PRIME, plunges us into a very hard and cold atmosphere.

Here Kate Winslet plays an original part, no glamour but a depressive, alcoholic, unpleasant and hateful woman who, we seem to guess, struggles and has suffered the grief of a child.

We are immediately very taken by this series.

Once again, it is thanks to the main character, Mare, a complex woman, cynical and angry, yet full of humanity and with whom we identify.

Kate Winslet is once again prodigious and we can see that its director, Craig Zobel, is a regular in thrillers.

TO WATCH ON OCS, CANAL PLUS and AMAZON PRIME 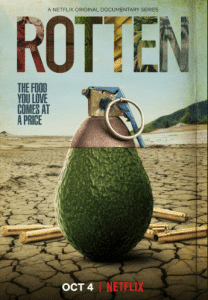 The second season of this documentary series on Netflix is a must-see.

Produced by Zero Point Zero, it addresses corruption and abuse in the global food supply chain.  Each episode addresses one food product and all the players involved in the process, from wars to condemnations. A question of justice and human rights.

He’s going in search of Orson Welles’ missing film – Director Joshua Grossberg has announced plans to travel to Brazil in the fall of 2021, where he hopes to track down this film from “The Splendor of the Ambersons.”

Two books about the movie industry in France by Frédéric Sojcher

Through the testimonies of actresses and actors who talk about their profession, the documentary “Les Acteurs” tells the story of theater, passion, emotion, with the Avignon Festival as a backdrop. A beautiful tribute proposed on the INA website.

Sundays with Stephen King’s “On Writing” |by Scott Myers 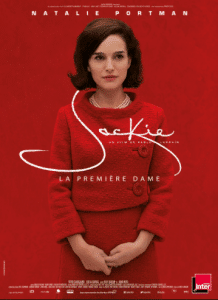 DOCUMENTARY: “The secret life of the garden”, or when nature takes back its rights

In the countryside of Normandy, a man leaves his house and his garden to himself: it is then that, in front of the camera, a whole small population is emboldened and reveals itself in its diversity. A magnificent documentary that has been acclaimed by the public, to be (re)seen on France 3 Normandie – Samuel Guiton, in collaboration with Pascal Cardeilhac. 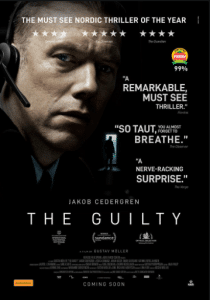 The Guilty : a must-see movie !

The Irregulars, by Tom Bidwel

Professor Marston and the wonder women,now,, by Angela Robinson

Ferry, on May 14th, Undercover ‘s spin off, by Cecilia Verheyden

The Underground railroad, by Barry Jenkins, on May 14th

A teacher , by Hannah Fidell, as from Thursday

Bloodlands, on May 3rd, by Chris Brandon

Malcolm Spellman, writer of the series “Empire” about the rap industry is the writer of the new Marvel series, “Falcon and the Winter Soldier”.