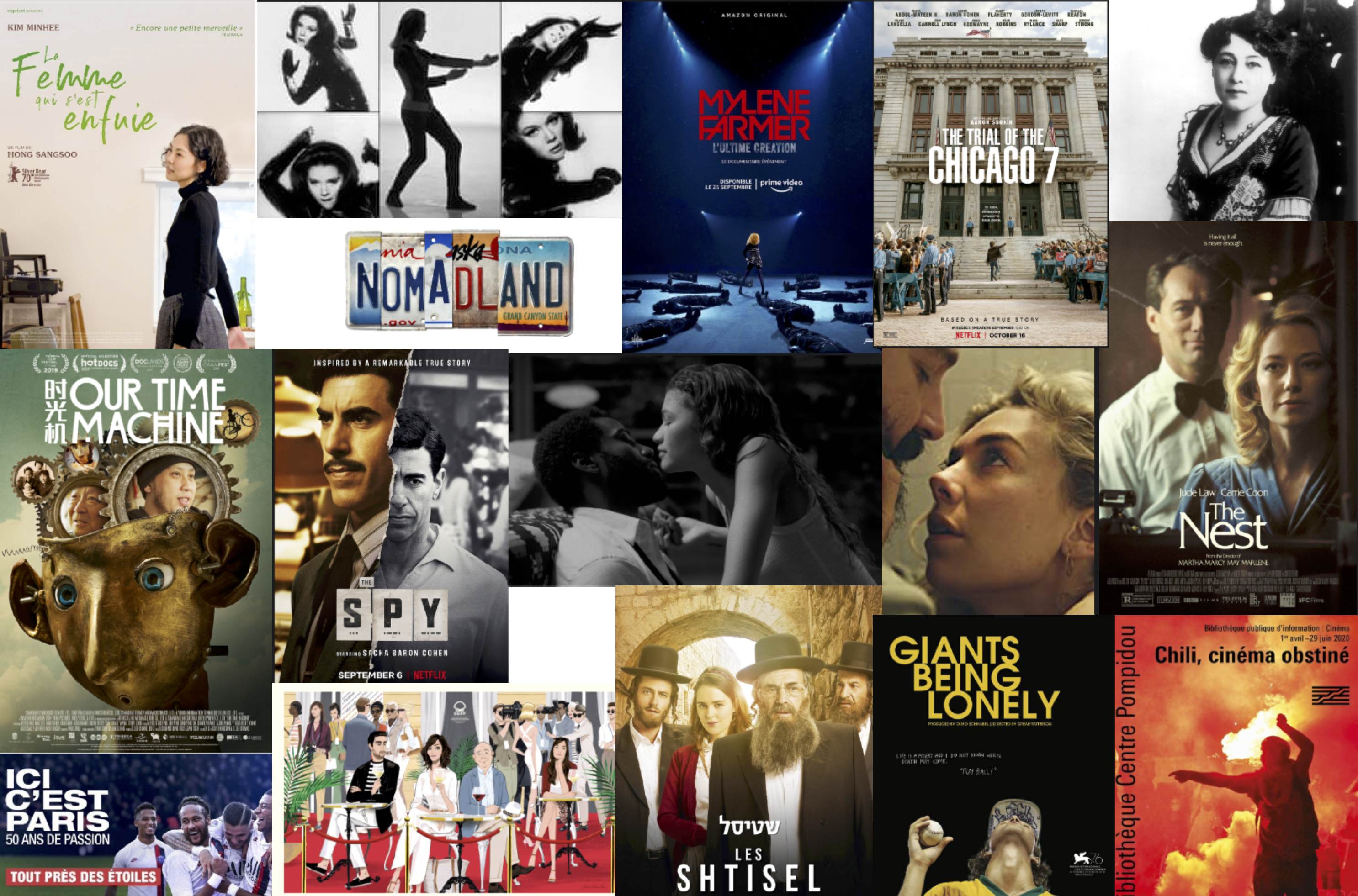 Movies, series and identity. This week, the main subject is identity. Who are we ? What are we made of ?

This week, many events have taken place in the audiovisual world:

Many films are coming out in cinemas, new series on your platforms. 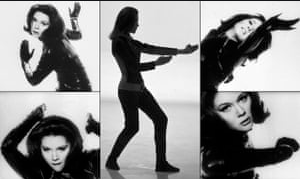 Diana Rigg : a great theater actress, ennobled in 1994. She was one of the first heroines to fight on the screen as Emma Peel in The Avengers alongside Patrick Macnee and played Lady Olenna Tyrell in five seasons of Game of Thrones. She confessed that she liked to play the roles of “bad girls”.

1.IN YOUR MOVIE THEATERS

Une nuit au Louvre: Léonard de Vinci.: A documentary by Pierre-Hubert MARTIN on the Leonardo da Vinci exhibition is coming to the cinema from September 16 to 22.

As from September 23rd

ADN, by Maïwen, as from October 28th

The Nest, by Sean Durkin , expected in January 2021

Dune, by Denis Villeneuve, with Timothée Chalamet, expected in November 2020.

Giants being lonely, by Great Patterson 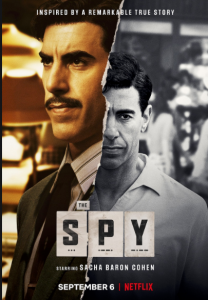 THE SPY, by  Gideon Raff, and Max Perry

Who is Sacha Baron Cohen ?

Seen in Borat, Brüno, Ali G, Erran Morad, the Admiral General Aladeen and known for his stance and his taste for provocation, Sacha Baron Cohen, English actor is the man of all extremes. He is, indeed, one of the rare actors taken for one of his characters to have been attacked in the street.

Coming from an Ashkenazi family who emigrated to Israel on his mother’s side (he speaks fluent Hebrew) and English on his father’s side, he grew up in England and during his studies wrote a thesis on the American civil rights movement. Inspired by Peter Sellers, his role model, he created television shows in which he played several roles, and won numerous awards for his performances in England, Germany and the United States.

Recently, he has become “himself” again, so to speak, and no longer appears disguised or provocative on the sets but as a committed actor, concerned about the rise of racism and anti-Semitism.

Sacha Baron Cohen is currently playing the lead in two series, The Spy, which I’m talking about here, and in a second to come, The Trial of the Chicago 7, starting October 16 on Netflix. He will return in 2021 with Borat 2, his way of making fun of the world.

Brut dedicates the video below to him.

The true story of Eli Cohen is the first Israeli spy to successfully enter Syria.

In the role he plays in The Spy, Sacha Baron Cohen cannot help but once again play two roles.

Eli Cohen is the first Israeli spy to successfully enter Syria. He was so successful in integrating into Syrian society that he became Chief Advisor to the Minister of Defense.

The Spy is one of the most successful series that we have seen recently. The reconstructions of the locations and the depth of all the characters ensured that one becomes attached to it from the very first episode.

The question of identity is at the heart of this series, as it is for the actors. The spies sometimes end up not knowing who they are just like the actors, sometimes at the edge of madness. Sacha Baron Cohen is one of these actors but he has control over everything.

He was nominated for the Golden Globes in 2020 for his performance in The Spy.

Diana Rigg told the BBC in 2016 that the secret of good acting was “Measure the distance between you and the role, and fill that distance, fill it with the truth”, (source Stéphanie Pierre in “Le Monde”). Sacha Baron Cohen has mastered this art and with the help of his roles, sets out to break appearances, to destroy deep-seated lies that are prejudices. 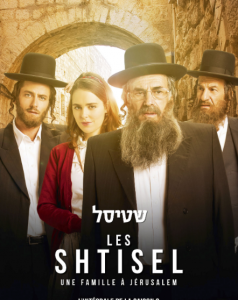 In Jerusalem, we follow the tribulations of the ultra-Orthodox family, the Shtisel, whose widowed father, Shulem, and son (the youngest) Akiva are the main characters.

Preceded by a very good reputation, this series created in 2014 fights prejudice by showing ultra-orthodox Jews in their daily lives. The elderly father, Shulem,  is a teacher in a school, he is a widower and wants his youngest son Akiva to get married. Akiva likes to draw and falls in love, but not with the woman who is destined for him .

The characters, both women and men, are looking for meaning in their lives. Indeed, religion – despite extreme practice – is not enough to fill their happiness because happiness is found on earth, with those who are dear to us.

The series succeeds in its bet, and denounces, by small touches, some practices, always with humour and great sensitivity. All themes are addressed: the role of women, the position of ultra-Orthodox in Israel, their vision of society.

We are pleased to see Dov Glickman (Shoelaces), Shira Haas (nominated for an Emmy Award this year for her role in Unorthodox, she plays in Foxtrot, and The Zookeeper’s Wife currently on Netflix) and Michael Aloni, seen in When heroes fly (also on Netflix).

Exclusive trailer of season 3 of Shtisel, soon on Netflix

All you want to know about Engrenages

Alice Guy, the first woman director in the world, of fiction since the invention of cinema: a program to be listened on France Culture. She did between 1000 and 8000 movies

The Business of Screenwritng: I can do that! | by Scott Myers | Medium 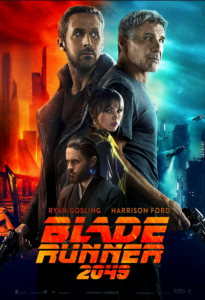 Transit in Havana: Trans women fight for their rights. To watch here

The “New York Times” and Donald Trump:  to watch here.

Life and death of Sam Cooke

to stream on Netflix

as from September 18th, by Evan Romansky.  The series is inspired by Ken Kesey’s novel, One Flew over the Cuckoo’s Nest adapted on screen by great director Milos Forman, with Jack Nicholson . The series explores the youth of the cruel nurse Mildred Ratched. Produced by Jacob Epstein, Michael Douglas, Ryan Murphy (Hollywood). With  Sarah Paulson, Sharon Stone.

Emily in Paris, as from October 2nd created by  Darren Star (Sex and The City)

Barry Seals, by Doug Liman, with Tom Cruise, as from September 16th

Devil all the tie, by Antonio Campos, adapted from the eponymous novel written by  Donald Ray Pollock, with Tom Holland, Robert Pattinson,as from September 16th.

The Last Word, by Aron Lehmann and Carlos V. Irmscher, as from September 17th

A documentary on Mylène Farmer, L’Ultime création, by Mathieu Spadaro, as from September 25th

Amanda, by Mikhaël Hers, as from September 21st

Clouds,  by Justin Baldoni, inspired by the story of the musician Zack Sobiech.

The one and only Ivan, by Thea Sharrock, with  Bryan Cranston, Angelina Jolie, Sam Rockwell, Danny DeVito.

The Mandalorian (season 2), by Jon Favreau.

Long way up, by Ewan McGregor and Charley Boorman 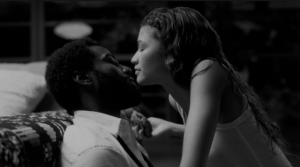 TV5MondePlus: the creation of a platform to promote the French-speaking world. All on line programs..

The release of Wonder Woman is postponed to Christmas in the United States.

Discover the short film spin-off of the series The Boys season 2.

Our Time Machine : a documentary on art, family and madness (The Guardian)

Favolacce, by Damiano et Fabio D’Innocenzo, Ours d’Argent  for the best scenario at La Berlinale 2020, expected in February 2021. 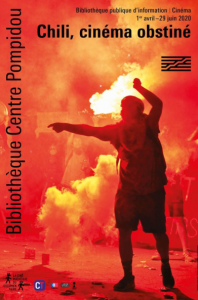 The Champs Élysées Film Festival 2020 is back in movie theaters from September 18 to 20 at the movie theater L’Harlequin. All the movies here.

War on Screen, as from September 29th till October 4th, International Festival  on conflicts will take place in Châlons-en-Champagne.

The Tv Fiction 2020 Festival is to come from Septembre 16th till September 18th and will take place in Paris.

The Louis Lumière Festival will take place in Lyon from October 10 to 18, with a prize awarded to the Dardenne Brothers, two meetings with Viggo Morttensen and Oliver Stone. Programm

At BPI, a retrospective on Chile and Chilean documentary filmmakers.  Information here.