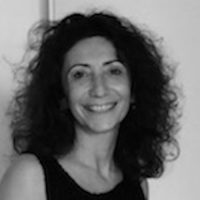 Hello,
Welcome to your blog dedicated to movies.
For the little story, I’m Yael Yermia. I was born in Abidjan. Today, I work as a freelance for writer, communication consultant and screenwriter.
BACK TO THE ORIGINS
I remember my first movie. It was E.T. in a movie theater, the Komo.
Then times flies…and a thousand films.
I grew up in Libreville, in Gabon till I was seventeen. Then I came to Paris where I did most of my carrier in communication.
THE BEGINNING
My first contact with movies began with photography. I did a training at the Gobelins.
Then I worked as a photographer during  a year before going  to Congo.
ACTION !
Since 2017, I attended workshops on movies and screenwriting at Altermedia and the Maison du Film.
I read a lot, wrote, met some celebrities from the movie industry. I had the chance to meet Jacques Bral whom I read scripts and movie projects.
Then, I did a self-produced short film for a contest regarding gynophobia. Since my first short movie, I have received a training in video production at the l’École des Métiers de l’Information. I have movie projects and as soon as I have the opportunity, I give a hand on short movies.
THE BLOG
After being part  of the Jury du Grand Prix du Cinéma of  Elle magazine readers, and being published in Elle magazine in December 2014, I decided to create this blog on movies, and called him Movie in the air, related to the song, Love is in the air. I have attended many premiere and participated to festivals such as the Champs Élysées Film Festival, the Cannes Film Festival the Festival of Israeli Movies of Paris…
During the lockdown, I decided to improve this blog, to make it more friendly, readily and understandable. After critical rereading and many hours spent on the phone with a web developer, I am very pleased to present it.
Movie in the air is brand new! I wanted it to be international, that is why I write both in French & English.
YOU & I
Write me if you want to learn something from a movie, to exchange views or if you need me to write and promote your events.
My email: yaelyermia@gmail.com
Subscribe to the newsletters: contact@movieintheair.com
If you like this blog, pass it on !
Let the stories pass through our lives, live in our hearts and on your screens.
THE READERS’POINT OF VIEW

You are here because you are in love with cinema!

Follow movieintheair.com to learn all about the world of cinema and the films you love