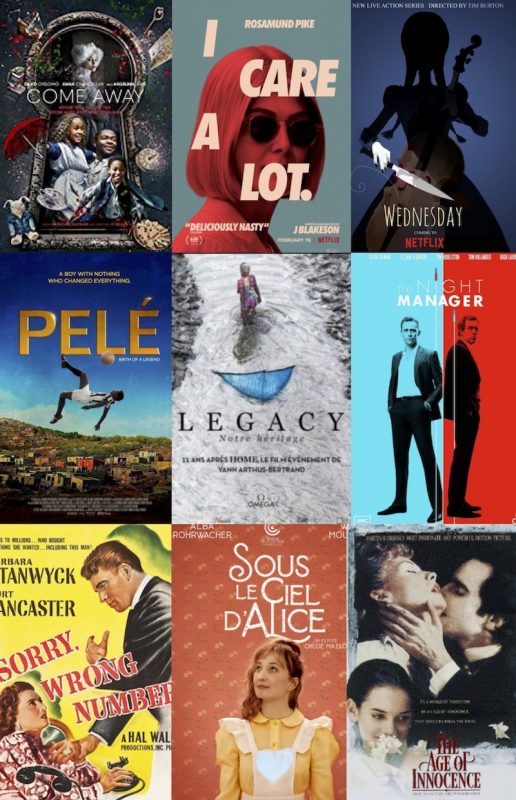 Five movies and series about change

This week, five movies and series about change  to watch safe at home. 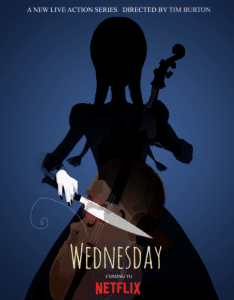 MOVIES AND SERIES ABOUT CHANGE 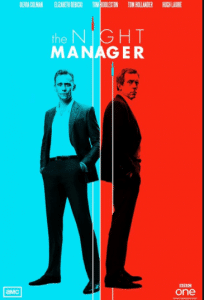 The Night Manager tells the story of Jonathan Pine, played by Tom Hiddelston, a lonely man, night manager in one of Cairo’s most luxurious hotels during the Arab Spring, just before Hosni Mubarak’s resignation in Egypt.

From time to time, he performs small espionage services for a friend at the British Embassy.

One evening, Sophie, the mistress of an influential man in Egypt, played by Aure Atika, gives him documents incriminating her lover as well as Richard Onslow Roper,  Hugh Laurie (Dr House) an English arms trafficker whose cover is a humanitarian activity.

Jonathan delivers the documents and Sophie becomes a target…

From being a British soldier, Jonathan changes and chooses to serve a cause, no doubt to regain the sleep he has lost in armed conflicts.

Brilliantly adapted by David Farr from a spy novel by John Le Carré, this mini series (6 episodes) directed by Susanne Hier (Bird Bow, The undoing…Love is all you need) is a must see.

It received twelve nominations and the “Best Director for a Mini-Series” award for Susanne Bier at the Emmy Awards in 2016.

I CARE A LOT 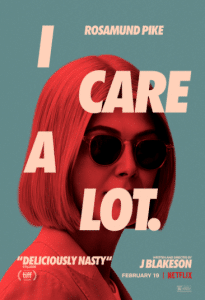 A very rich woman, Maria Grayson, played by Rosamund Pike (seen in Gone Girl, by David Fincher) manages, with the complicity of doctors and retirement homes, to have rich, lonely old people interned and appropriates their possessions and fortunes.

She is a person who, as they say in English, “cares”, that is to say, cares for others.

Of course the word is used here in its most cynical sense.

Associated with his wife Fran, played by Eiza Gonzalez, they come across a woman, apparently alone in the world, Jennifer Peterson, played by the great Dianne Wiest, but who happens to be related to the Russian mafia ..

Cynical, Maria’s lack of scruples is chilling, but very realistic about the times we live in, whether it’s the way we look at the elderly or the notion of success, this film is a critique of a society where the only model for success is money.

The heroin refuses to change. She considers that in society there are two kinds of persons,  the preys and the predators.

Rosamund Pike, Dianne Wiest and Peter Dinklage (Tyrion Lannister in Game of Thrones) brilliantly play in I care a lot, directed by J. Blakeson (The Disappearance of Alice Creed and The 5th Wave). 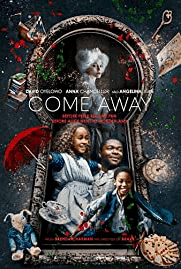 This film had everything to succeed: the story of Peter, played by Jordan A. Nash and Alice, played by Keira Chansa, before they became Peter Pan and Alice in Wonderland.

In this story, they are brother and sister and mourn with their parents the loss of their little brother during their daily adventures in the backyard.

They do everything they can to brighten the daily life of their parents, Rose and Jack, played by Angelina Jolie and David Oyelowo.

But to face their grief, they only dream of one thing, to change their world…

In an atmosphere that reminds us of Oliver Twist and the tales of Peter Pan and Alice in Wonderland, the story gets lost along the way and we find the time long.

What remains is the impeccable performance of the four main actors, with a small role for Michael Caine as always so masterful.

CHANGE IN A ROMANCE 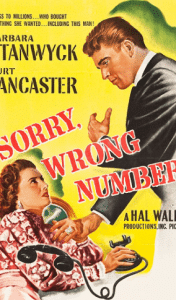 Leona, a woman who is a hypochondriac, locked in her home, tries to reach Henry, her husband on the phone, but the operator makes a mistake and connects her to a line that is already in use.

She overhears two men discussing a murder that one of them is going to commit that evening. She then calls the police, who explain that they can’t do anything because they don’t know where the alleged crime took place. And her husband does not come home…

The extreme modern thriller, oscillates between Hitchcock and Christopher Nolan. Pessimistic, complex, (there are flashbacks within flashbacks), it was a real commercial success when it came out in 1948.

Barbara Stanwyck, whom I was telling you about last week in King Vidor‘s film Stella Dallas, carries the entire film on her shoulders. Once again, she is unforgettable.

The heroine is submissive to her father and believes she inherited her mother’s heart disease. Her husband asks her to change, to get up, to get out of bed in order to get better, but she refuses this change…

At her side, the legend Burt Lancaster illuminates the film in the role of the husband, Henry, who refuses to be maintained by his wife.

The film is an adaptation of a radio play written by Lucille Fletcher and was performed by Agnes Moorehead in 1943.

To be seen on Arte. 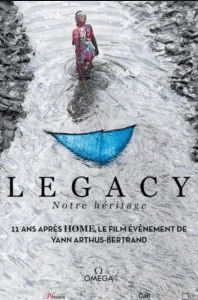 From the Chauvet cave to today, is the human being condemned to disappear?

Eleven years after « Home », the famous photographer retraces his steps; “it is not the earth that we must kill, it is our vision of progress”, he declared.

He reminds us of obvious notions, the origin of Earth, trees, animals, men, but which make sense in this documentary in which the director, sad, makes a statement that we all know, the disappearance and possible end of our planet, with a focus on the suffering of animals..

The testimonies of the younger generation concretize the message he wishes to convey. The pandemic too…

And whether or not the public can be convinced, (becoming vegetarian is already an act) the real power to change this situation lies in political and economic action.

What will be our legacy ? According to Yann Arthus-Bertrand, his legacy is love for life.

To be seen in replay on M6.

AND SERIES TO COME ABOUT CHANGE

The Mauritanian, de Kevin Macdonald (director of Life in a Day on Youtube), with Jodie Foster & Tahar Rahim ( Golden Globes nomination this year).

Judah & The Black Messiah, by Shaka King, with Daniel Kaluuya

Cross the line, by David Victori, with Mario Casas

The Toll, by Michael Nader

Mare of Easttown, by Brad Ingelsby with Kate Winslet, series on HBO on April 19 on OCS.

How Much Should a Writer Read?. Reading is your apprenticeship. H  by Shaunta Grimes

(MOVIES AND SERIES ABOUT CHANGE) 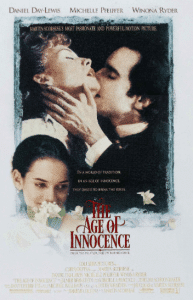 This love story with Eva Green and Ewan McGregor holds up a striking mirror to our present. A film of anticipation directed in 2010 by the British David Mackenzie (“Comancheria”). 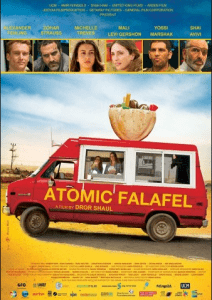 Featuring interviews with Spielberg, Lynch and Lucas, a revelation of the power of sound in cinema and all the changes it faced.

A woman who was film historian and film critic, and who founded the Cinémathèque française with Henri Langlois in 1936.

By Mia Hansen-Løve, a change in the life of a woman, with Isabelle Huppert (Nathalie Chazeaux),  André Marcon (Heinz) & Roman Kolinka (Fabien)

After the disappearance of a young woman of Kurdish origin, Chief Inspector Caroline Goode leads the investigation. This breathtaking fiction recounts a tragic news story that shook Great Britain in 2006.

Amend, The fight for America,, by Robe Imbriano & Tom Yellin, with Will Smith.

Marshall,by Reginald Hudlin, with Chadwick Boseman, as from Saturday

Buried by the Bernards, produced by Warren D Robinson

Canine Academy, by Jas Leverette, as from February 24.

Crazy about her, by Dani de la Orden, as from February 26.

Call me by your Name, by Luca Guadagnino, as from March 4. 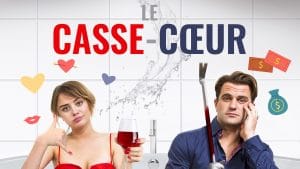 Deux moi  (review on the blog), by Cédric Klapisch

Judy   Judy Garland biopic by Rene Zellweger who won an Oscar, as from February 23rd

The Attaché, as from March 14, series created by Eli Ben David 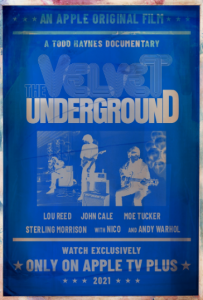 Your movies and series about change to watch on 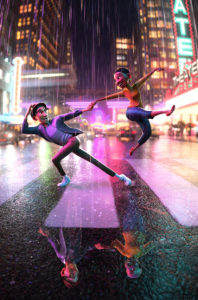 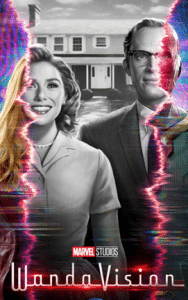 Funny, this light-hearted series is easy to watch.