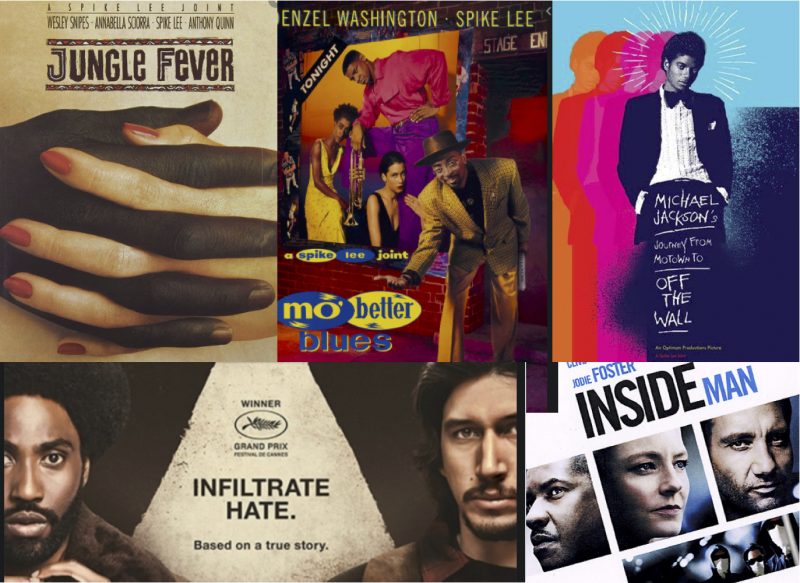 Spike Lee is the President of the Cannes Film Festival this year and we hope, next year. He is the great director of new kind of movies, with above all great music, a pop, funny and rough style. The Philharmonie dedicated one evening to his whole scores I attended, featured Terence Blanchard, thanks to Louise. I have chosen my five favorite Spike Lee’s movies.

Since his first short movie, Last Hustle in Brooklyn (he was twenty years old), in 1977 and when he became famous with Do the right thing, Spike Lee has directed movies, documentaries (on the consequences of Katrina hurricane, When the leaves broke,  with Terence Blanchard and on Michael Jackson, Michael Jackson ‘s journey from Motown to Off the Wall) and clips for Michael Jackson (They don’t care about us, a documentary of the 20th anniversary of Bad) and Prince (Money don’t matter 2 Night).

He surrounds himself with great actors and great musicians. It was not easy to choose my five favorite movies.

Have a nice week-end !