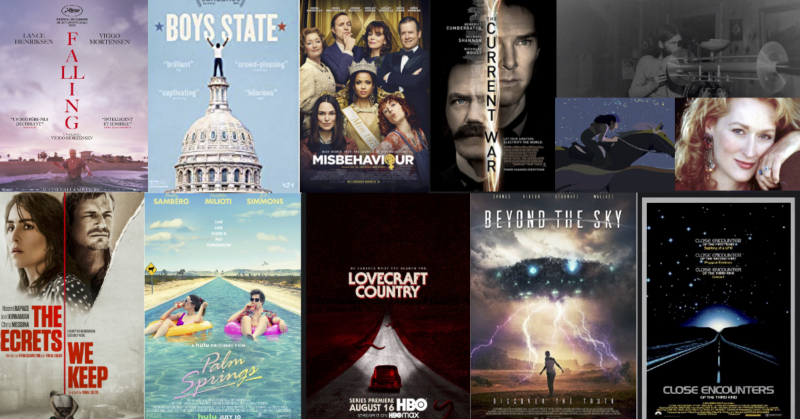 Movie news and science fiction: This week, a focus on science fiction, with two movies and one series: Close Encounters of a Third Kind, Beyond the Sky and Lovecraft Country series.

The end of the channel France Ô as from August 23rd.. 125 personnalities are protesting against it and there is as well a petition on line

1. THE BEST MOVIES OF THE WEEK

The perfect candidate, by Haifaa al-Mansour

And before Tenet on August 26th, Inception- Book your Première in the movie theaters!

As from August 19th (today)

Akira,  new released of the manga directed by Katsushiro Ôtomo

Never rarely sometimes always, by Eliza Hittman, Grand Prix of the Jury in La Berlinale 2020, as from August 19th

To come an expected !

Falling, as from November 4th, first movie by Viggo Mortensen, about a conservative father who comes to live in is son’s house who attend to be gay.

With Viggo Mortensen and Lance Henriksen

The secrets we keep, by Yuval Adler, expected September 16th with Noomie Rapace and Joel Kinnapan. The story of a woman who lives in New York after WWII. She believes that she met the man who tortured her in the concentration camps.

Close Encounters of a Third kind 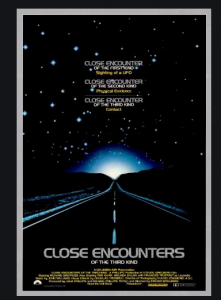 Pitch
A scientist, Claude Lacombe, played by François Truffaut, is confronted with unexplained phenomena all over the world: the reappearance of a ship in the middle of the Gobi desert that disappeared in 1925, war planes that mysteriously reappear in the Sonora desert. He and his team travel to India, where thousands of people reproduce five notes they think coming from the sky.
In the USA, in Indiana, alien ships are spotted by the population. A man and a woman who witnessed it are particularly disturbed by their vision and become obsessed by a shape that they are constantly trying to reproduce at the risk of sounding crazy…

Encounters of the 3rd Kind is such a strong and striking movie that it left in me a mark as strong as the Extraterrestrials left in Neary (Richard Dreyfus). The writing (Spielberg himself after Paul Schrader’s first version refused by the director) and the way it’s shot and edited make this science-fiction movie a classic that I still enjoy watching again even though I must have seen it a good ten times.

For the role of Claude Lacombe, Lino Ventura, Jean-Louis Trintignant had been contacted and had refused the role.

This role will also change the image of François Truffaut to such an extent that it is said of his career that there is a before and after 1977. During the shooting, François Truffaut confessed to speaking English so badly that Steven Spielberg agreed to let him speak in French in the film. The director admired Steven Spielberg and the discovery of the huge American studio made him accept the role.

Steven Spielberg adored François Truffaut and the French director, fascinated by his way of directing the three-year-old boy, advises him to focus on childhood. We know Spielberg’s next movies, E.T. The Empire of the Sun…

Finally John Williams composes the haunting musical notes that we all know today.

The movie has been registered at the National Film Preservation Board to be part of the National Film Registry, as being « culturally, historically or aesthetically important”. It brought in over 300 millions of dollars.

A young documentary filmmaker, Chris Norton, marked by the disappearance of his mother when he was seven years old, investigates a community that believes in the existence of extraterrestrials.  All of them have memory problems and have difficulty remembering their supposed abduction or encounters with aliens. Chris meets a young woman who believes she has been abducted and decides to help her…

Is there anything up there ?

First film of Fulvio Sestito, Beyond the Sky questions us on our way to face time and memory. What is the reality in which we live? The one we believe in or the one we evolve in?

Filmed with a camera in hand, like Cloverfield or The Blair Witch Project, Beyond the Sky puts us in the shoes of Chris, dubious, and we are taken by his investigation, fascinated by the elsewhere. The movie is a tribute to Close Encounters to the third kind.

Only two weeks ago in France, Beyond the sky, released in the United States in 2018, is finally available on Prime Video in VOD. 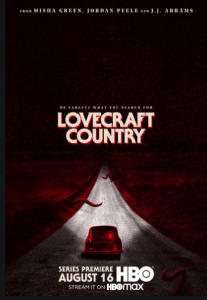 In Chicago in 1954, Atticus, a young Korean War veteran and comic book enthusiast, embarks on a long journey through segregationist America, at the time of Jim Crow’s laws, in search of his missing father Montrose. With him, his uncle George, a science fiction enthusiast, and a childhood friend, Laetitia.

This series, adapted from Matt Ruff‘s eponymous novel, tackles American racism, which is unfortunately still a hot topic and mixes horror and science fiction. The title, Lovecraft country, refers to the writer H.P. Lovecraft, a pioneer in horror storytelling. What is little said, on the other hand, is the racism and anti-Semitism of this author, adored by all science fiction writers, including Stephen King to name but one. Lovecraft country is therefore, in my opinion, not only a reference to the horror of the universe he invented but also refers to the author’s racism.

Produced by J.J. Abrams, Jordan Peel (Get Out), Misha Green, (showrunner of the series and screenwriter of the great series Underground), Bill Carraro, Yann Demange, Daniel Sackheim, and David Knoller.

The first episode is a success and sets the stage for the series, which I look forward to the next episode.

Directed by Yann Demange, the French-Algerian director and producer who lives in England also directed Undercover, a true story, with Matthew McConaughey and 71, awarded at the Bafta in 2014.

Writer Emmanuel Carrère and his love for movies

5 Old Movies that are Still Shocking | by Dustin Koski | Medium

Pixar and Visual Storytelling. A tiny bit of business in the movie Up… | by Scott Myers | Go Into Th

The Hollywood Renaissance: Is the Entertainment Industry as Diverse as it Claims? | by TW | Jul, 202 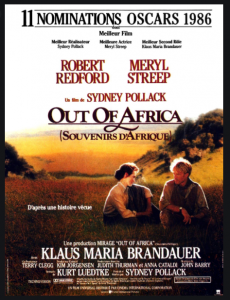 The story of Arnold Schwarzenegger

The American Colony in Jérusalem

On Henri, a free classic movie every day

The man who wanted to contact the aliens, as from Thursday

Hoops, as from Friday, created by  Ben Hoffman

The young Wallander, as from September 3rd, by Benjamin Harris, inspired by Henning Mankell’s novels.

Ratched, as from September 18th, by Evan Romansky.  The series is inspired by Ken Kesey’s novel, One Flew over the Cuckoo’s Nest adapted on screen by great director Milos Forman, with Jack Nicholson . The series explores the youth of the cruel nurse Mildred Ratched.

The Duchess, as from September 11th, with and by Katheryn Ryan

The Spy, short series, as from September 7th,  by Gideon Raff,  with Sacha Baron Cohen: the true story of Eli Cohen, an Israeli spy,  who became the adviser of the Minister of Defense in the 60’s .

The true story of a war hero, William H. Pitsenbarger

The night of, series by Steven Zaillian and Richard Price, with John Turturro: the story of a man unfairly convicted for a murder

Queen of Katwe, by Mira Nair

Boys State, directed by Amanda McBaine and Jesse Moss, awarded at the Sundance Festival: a documentary about thousands of teenagers who gather every year in Texas to form a government.

Aux In the U.S., AMC theatres are offering 15-cent tickets for their reopenings

Martin Scorsese signed with AppleTV+ for his next movies.

Broadway signed with Netflix to broadcast his productions.

Saint-Cloud park is going on movies.

To listen to : Laurent Valliere and Hair musical podcast

Go to the movies !