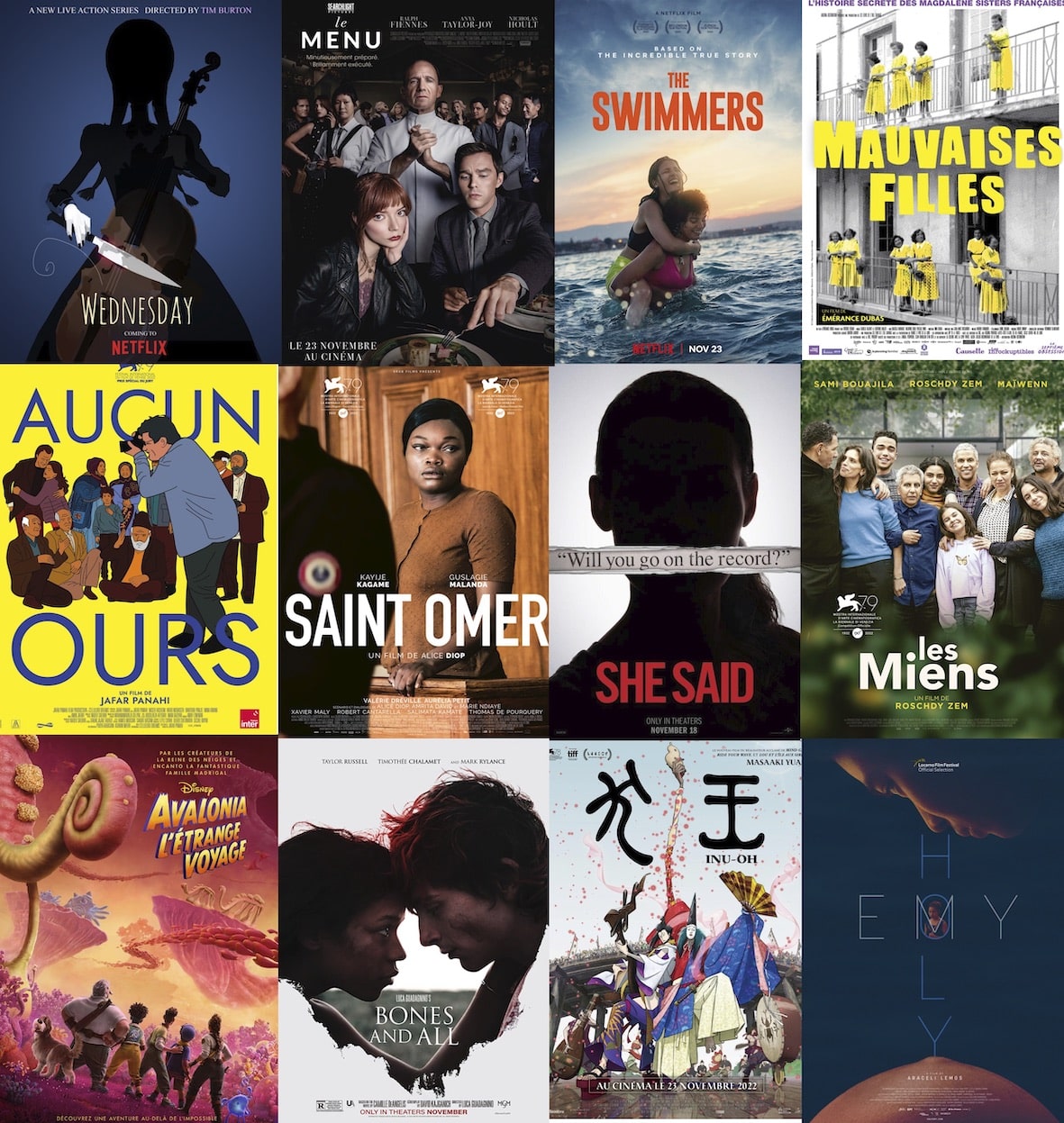 What films to watch as from November 23rd

Films as from November 23rd

Your news as from November 23rd

Falling for Christmas on November 10th

Christmas with you, on November 17th

The Noel Diary, on November 24th

Spirited on November 18th, directed by  Sean Anders & written by Anders & John Morris. This is a modern adaptation of A Christmas Carol by Charles Dickens written in 1843.

The Santa Clauses, on November 16th

The Guardians of the Galaxy Holiday Special on November 25th

Vivre, by Oliver Hermanus, on December 28, by author of The Remains of the Day & adapted from Akira Kurosawa’s masterpiece. 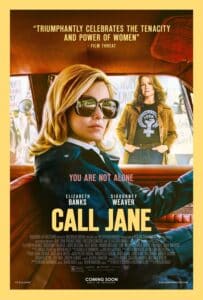 Joy, married with a grown daughter, is faced with an unexpected and life-threatening pregnancy. When medical institutions refuse to help her, she turns to the “Janes”, a group of women who meet secretly to perform clandestine abortions.

Years before the practice was legalized by Roe v. Wade, Joy joins the group to fight for women’s rights.

There are many ways to talk about abortion in film.

Phyllis Nagy, (an Oscar nominee for best adapted screenplay for the film Carol, Phyllis Nagy, friend of Highsmith) chose to set her film in the 1960s.

Joy, played by Elisabeth Banks, a housewife who writes her husband’s speeches, is a fighter. Despite the law and the refusal of the doctors who forbid her to have an abortion, she will, at first, have an abortion and join the group of Janes led by Virginia (Sigourney Weaver). She then realizes that she could have studied…

This intelligent film is as good as Audrey Diwan‘s The Happening. It shows that abortion is something that can be done, and can be part of a woman’s life without being a psychological or physical tragedy.

The film was released just as Roe v. Wade was being re-passed.

And that’s the tragedy. That we live in a time when women still have to get permission from men to dispose of their own bodies.

The fight goes on. 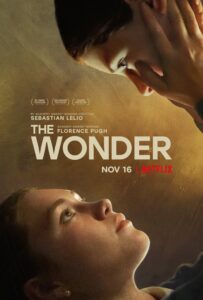 An English nurse, Lib Wright, is summoned to a tiny village to observe what some claim is a medical anomaly or miracle: a young girl has survived without food for months.

It is adapted from the eponymous novel by Emma Donoghue.

Terrifying and fascinating, the story filmed by Sebastian Lelio, director of Gloria and A Fantastic Woman, takes us to the heart of a region where religious obscurantism prevails over reason, since the famine destroyed entire villages, the causes of which are attributed to England. England had bet everything on the potato (monoculture) and a disease destroyed all the fields, which generated a terrible famine.

This theme of food is beautifully portrayed in The Wonder.

Lib, played by Florence Pugh (revealed in Little Women), likes to eat and shows it. Her attitude shocks the family that takes her in, as she is also English. But she hides a painful past.

Anna O’Donnell, beautifully played by Kíla Lord Cassidy, is a young girl of 11 years old, who claims to have survived for months without eating. But how? Thanks to “manna from heaven”, she says.

To observe Anna, Lib is assisted by Sister Michael, who observes Anna during the day.

Both must report their findings to a council consisting of Dr. McBrearty, the parish priest, Father Thaddeus, the town elder, Sir Otway, and the local landlord, John Flynn.

Lib manages to find the loophole and is desperate to save the child. Will the councilors listen to him?

This film is reminiscent of Jane Campion‘s The Piano in its power and darkness, as well as its faith in life, which is stronger than anything else.

The Wonder is magnificent. 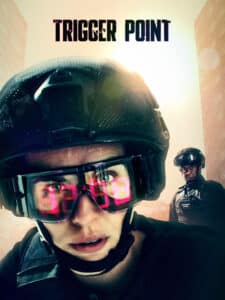 This former military veteran is a master of bomb disposal and explosives defusion and can count on the support of Joel Nutkins, who served alongside her in Afghanistan.

When a series of terrorist attacks hits the British capital, Lana and her team find themselves on the front lines trying to protect the population, risking their lives.

Vicky McClure, known for her roles as Detective Kate Fleming in the BBC series Line of Duty and Lol Jenkins in the Shane Meadows film This Is England, plays Lana.

Lana is a woman who lives alone, haunted by the war where she served in Afghanistan and which serves as a thread throughout the series. She and her partner Joel Nutkins, aka Nut (the great actor Adrian Lester), form a bomb disposal team….

This series has received many rave reviews across the Atlantic. And for good reason.

The character of Lana is endearing both by her behavior, she must impose herself within a profession essentially male, her flaws, and the difficulty of the job she does, she is in contact with death every day. We also discover all the jobs that contribute to the resolution of an investigation, and we realize that it is a real teamwork.

You too, go for it in this series. You won’t regret it.

FILMS TO WATCH IN YOUR MOVIE THEATERS AS FROM NOVEMBER 23rd

A couple travels to a remote island to dine at one of the hottest restaurants of the moment, along with other select guests. The chef’s tasty menu will surprise them in ways that are both surprising and radical…

Bones and All,  Luca Guadagnino

Maren goes in search of her mother and meets Lee, a teenage drifter who takes her on a fiery road trip through the American heartland. Will their budding love be strong enough to resist their demons, their past and the gaze of a society that considers them monsters?

Moussa has always been gentle, selfless and present for his family. This is in contrast to his brother Ryad, a famous TV presenter who is criticized for his selfishness by those around him. Only Moussa defends him, who has great admiration for his brother. One day Moussa falls and hits his head violently.

In an Iranian village near the border, a director witnesses one love story while filming another. Will tradition and politics get the better of both?

Two New York Times reporters, Megan Twohey and Jodi Kantor, work together to bring to light one of the most important scandals of their generation. At the root of the #Metoo movement their investigation broke decades of silence around the issue of sexual assault.

Rama, a young novelist, attends the trial of Laurence Coly at the Saint-Omer court of assizes. She is accused of having killed her 15-month-old daughter by abandoning her on a beach in northern France.

Inu-oh, a cursed creature, was born with a physical characteristic that forces him to hide every part of his body. His life as a lonely outcast changes when he meets Tomona, a blind Biwa player. Together, they create a unique duo that fascinates the crowds and becomes Japan’s first celebrity.

Insubordinate, rebellious, misunderstood or simply unloved. Like so many other women, Édith, Michèle, Éveline and Fabienne were placed in a reformatory as teenagers. Today, each one tells her story and reveals the shocking fate reserved for these “Bad Girls” until the end of the 1970s in France.

When their mother is forced to return to the Philippines, sisters Emy and Teresa lead a quiet life in their tight-knit Catholic community in Athens. However, when Teresa becomes pregnant, Emy is increasingly drawn to other, more mysterious forces that live within her

TV PROGRAM AS FROM NOVEMBER 23rd

Tmc : A star is born

Canal Plus : This England

5. BEST DOCUMENTARIES, FILMS & SERIES AS FROM NOVEMBER 23rd ON ARTE

Series as from November 23rd

Having just finished her novel, Nathalie feels a mysterious presence in the house.

Gradually, she is haunted by the impression that when her daughter was adopted, something followed her home. The mini-series “Spirit of Winter” is adapted from the novel by Laura Kasischke and stars Audrey Fleurot.

Best series & films as from November 23rd on Netflix

The Swimmers, by Sally El-Hosaini, on November 23rd

Best series & films as from November 23rd on Prime Video

Best series & films as from November 23rd on Canal+

Best series & films as from November 23rd on Apple TV

Spirited, now, directed by Sean Anders, adaptation from A Christmas Carol by Charles Dickens published in 1843.

Best series & films as from November 23rd on Disney Plus

Best series & films as from November 23rd on Lionsgate

A brilliant intern, Lauren has applied to be a surgeon at a prestigious Boston hospital. When her application is rejected, she is forced to move to a small town in Alaska, where the inhabitants live in seclusion and haven’t seen a doctor in a year. Lauren falls in love with Andy, whose father bears a striking resemblance to Santa Claus. Frank owns a reindeer, elves run around his yard and he runs a mysterious transportation company…

When Max sees his less-than-ideal family fighting in the run-up to Christmas, the boy decides to ignore the celebration, not realizing that this breach of tradition will provoke the wrath of Krampus, an ancestral demon hell-bent on punishing those who do not. The situation goes to hell when the Christmas figures come monstrously to life, storming Max’s house and forcing his family to help each other if they hope to save their lives.