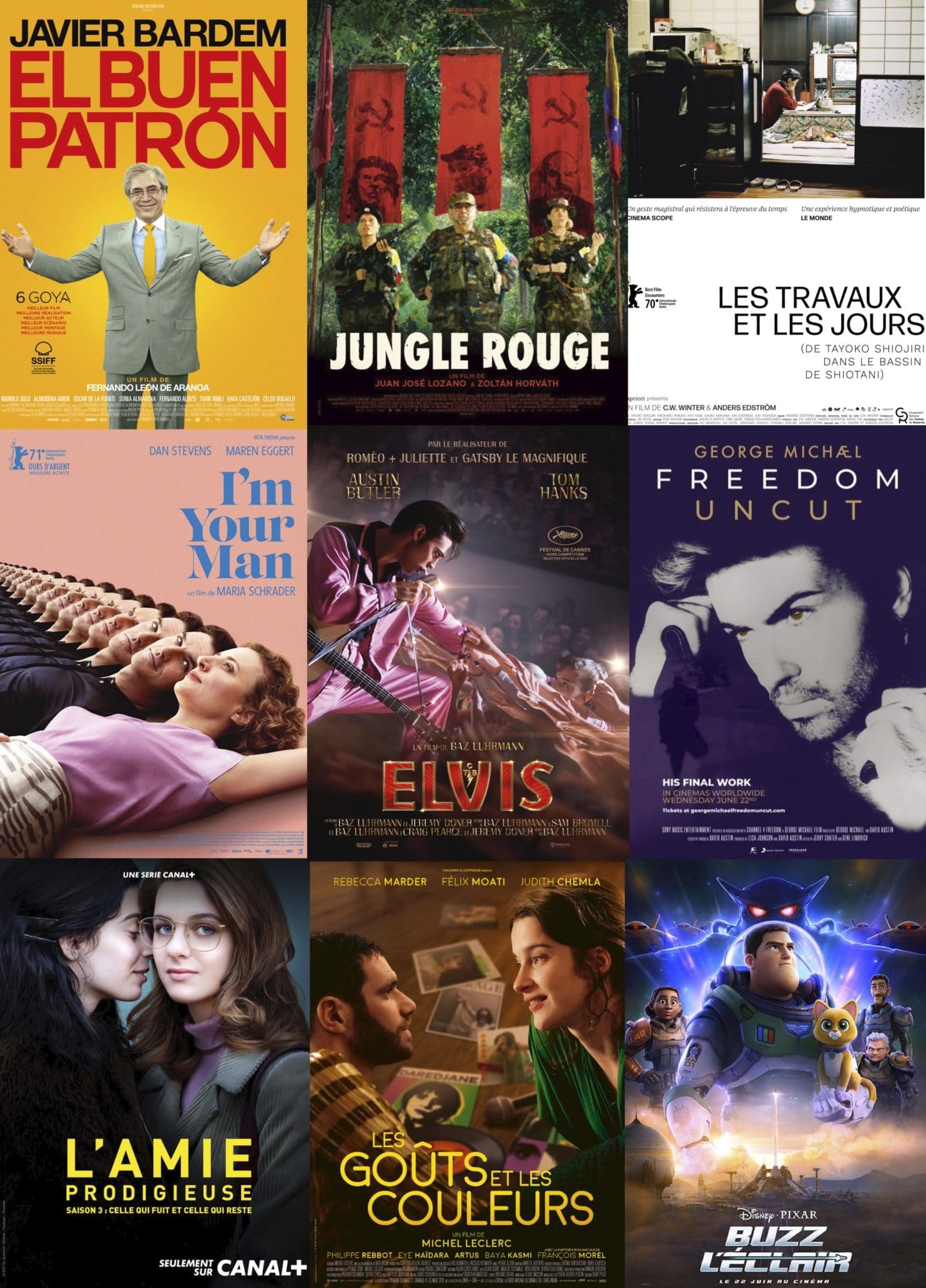 What to watch as from June 22nd

Your films as from June 22nd

Every year, for more than 30 years, the Forum des images has shown all the films of the Directors’ Fortnight after the Cannes Festival. From 16 June to 26 June 2022, the Forum will present all the previously unreleased films of this 54th edition, led by its general delegate, Paolo Moretti, and his artistic team.

Several screenings will take place in the presence of the filmmakers or the film crews, including: 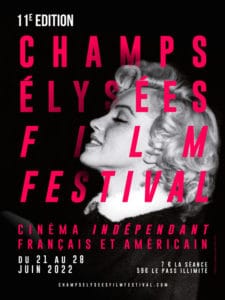 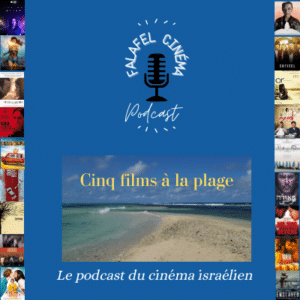 CINÉMA AT THE BALZAC THEATER 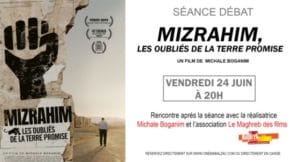 After the film, there will be a meeting with the film’s director Michale Boganim and the association “Le Maghreb des films” for a lively debate on the little-known issue of the discrimination suffered by the Mizrahim, these Jews from North Africa. 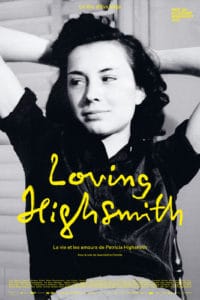 A unique look at the life of famed American author Patricia Highsmith, based on her diaries and notebooks, as well as the intimate reflections of her lovers, friends and family. Focusing on Highsmith’s search for love and her troubled identity, the film sheds new light on her life and writing.

Not all writers are fascinating. And rare are those whose work and life appeal to us.

Patricia Highsmith’s story is one of those.

Told through the prism of her great lovers, Loving Highsmith is a touching documentary about the great author that was Patricia Highsmith an.

Originally from Texas, one of the worst conservative states in the United States, Patricia Highsmith was very different from her entourage at a very young age. She wears pants and refuses the suitors that are proposed to her, or even imposed.

And then there is her mother.

All her life, Patricia will be marked by the words she will pronounce when she will confess to have swallowed turpentine to try to have an abortion.

Unhappy all her life because of her mother’s coldness and meanness, Patricia will finally separate from her legally.

She writes stories that are called thrillers (for her, they are just stories). Her series about the criminal Ripley will be awaited by millions of readers. But a heartbreak will almost get the better of her writing.

Homosexual, the writer claims in her writings her love of sex. She also liked gin for breakfast. Author of the only and first homosexual novel that ends well “Carol”, beautifully adapted to the cinema by Todd Haynes, she writes under a false name so as not to shock her mother.

Later, at the end of her life, she would claim it.

She used to say that stories would pop into her mind like a bird out of the corner of her eye. What birds!

Her novels have been adapted for the cinema by the greatest: Hitchcock with “L’inconnu du Nord Express” or “Ripley” by René Clément (“Plein Soleil”), and other of her novels will be adapted by Michel Deville, Claude Chabrol, or Anthony Minghella. She was even President of the Jury at the 1978 Berlinale.

Eva Vitija has succeeded in making a film that resembles Patricia Highsmith, a mixture of drama, loneliness, sadness, and lost love. 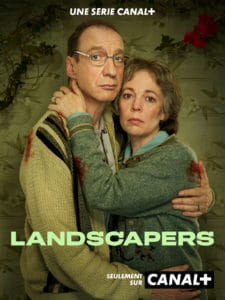 Adaptation of a macabre true story that made headlines in England between 2013 and 2015.

It is the true story of Susan and Christopher Edwards, who are living in France when the plot begins.

In 2013, a year after leaving their native country, the husband reveals to his aunt a clue about a crime they allegedly committed in 1998.

In four episodes, Ed Sinclair makes an analysis of human nature as Alfred Hitchcock could do.

What drives people to crime? Thus the director asks himself while filming Olivia Colman and David Thewlis in close-up or in low angle. Were they crazy?  Were they living in an unreal world?

A pugnacious detective who confronts macho men every day is determined to get them to confess, whatever the cost.

Susan and Christopher’s love for each other transcends their story. Nothing else matters. Neither reality, nor fiction, nor possible convictions…

The mix of fiction in Susan’s story reminds us of that romantic heroine of Woody Allen, played by Mia Farrow in The Purple Rose of Cairo. Susan, lives only for the cinema (passion for Gérard Depardieu and films with Gary Cooper, including High Noon) and her husband supports her in this passion that will eventually lead them to ruin.

Davis Thewlis is playing her husband,  known for his role of Remus Lupin in the saga “Harry Potter”.

Each episode can be seen in any order because it follows the premise of the series: the couple was sentenced to life with a 25-year sentence.

This fascinating series, which be seen from several point of views takes us to the heart of the human soul, interpreted to perfection by terrific  actors.

FILMS TO WATCH IN YOUR MOVIE THEATERS AS FROM JUNE 22nd

Marcia, a passionate young singer, records an album with her idol Daredjane, a rock icon of the 1970s, who suddenly disappears. To release their album, she has to convince Daredjane’s heir, Anthony, a small-town market vendor, who never liked his distant relative, let alone her music.

The true story of the legendary Space Ranger who has since inspired the toy we all know. After being stranded with his commander and crew on a hostile planet 4.2 million light years from Earth, Buzz Lightyear tries to bring everyone safely home.

On the eve of receiving an award that is supposed to honor his company, Juan Blanco, heir to the ancestral family scale factory, must urgently save the company. He sets out to do so, in his own paternalistic and authoritarian way: as a good boss?

March 2008. In the Colombian jungle, the oldest communist guerrilla in the world is living its last moments. Raul Reyes, number 2 of the FARC, is killed in a bombing by the Colombian army and the CIA. He leaves behind an unheard of document…

Alma, a brilliant scientist, proves to be a perfect candidate for an experiment: for three weeks, she must live with Tom, a robot with a perfect human appearance, specially programmed to correspond to her definition of the ideal man.

It focuses on the formative years of George Michael’s life and career, leading up to the release of his best-selling album “Listen Without Prejudice Vol. 1” and the subsequent famous legal battle with his record company.

“The first rule in farming is not to look for the easy way out. The land requires effort.” (Georgics, Virgil). Works and Days is a chronicle that tells the daily life of a farmer, Tayoko Shiojiri, in a village in the mountains of the Kyoto region, drawing the portrait of a woman.

After Yang, produced and directed by Kogonada, is an adaptation of the American short story Saying Goodbye to Yang by Alexander Weinstein. On July 6th.

Interview (Part 6): Laura Kosann. My interview with the writer who not… by Scott Myers

o Writing and the Creative Life: Your characters want you to tell their story  by Scott Myers 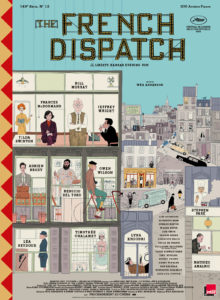 After the success of “Beau Séjour”, the living and the dead renew their dialogue in the series “Beau Rivage”. Fifth episode: Jasper learns the truth about his condition. New clues are discovered… Britt breaks down, Esther copes.

In this fantastic comedy, director Dante Desarthe transforms the main character into a superhero whose libertarian insolence is awakened at the same time as his love for love. Jubilant!

Arte : From the shadows to the light by Ron Howard

Ex-boxer, James Braddock goes back into the ring and becomes, thanks to his performances, a national idol. Set against the backdrop of the Great Depression, this Hollywood biopic stars a punchy Russell Crowe, surrounded by Renee Zellweger and Paul Giamatti.

A bricklayer falls madly in love with a beautiful and daring woman… This melodrama about the fatality of passion and class barriers is the only film that reunites the mythical couple Jean Gabin and Marlene Dietrich on screen.

Canal Plus : The French Dispatch

Canal Plus : My Son

A star on vacation with his partner sees his rest disturbed by the arrival of an invading ex… Luca Guadagnino signs a baroque remake of Jacques Deray’s “The Pool”, served by four inspired actors: Matthias Schoenaerts, Dakota Johnson, Ralph Fiennes and Tilda Swinton.

5. BEST DOCUMENTARIES, SERIES & FILMS AS FROM JUNE 22TH ON ARTE

ARTE DOCUMENTARY AS FROM JUNE 22TH

Making Waves, the magic of sound in cinema by Midge Costin:

Nourished by interviews with Spielberg, Lynch or Lucas, a revelation of the powers of sound in cinema. This immersion in the Hollywood studios tells the story of the most outstanding sound designers: Walter Murch (“Apocalypse Now”), Ben Burtt (“Star Wars”) and Gary Rydstrom (“Saving Private Ryan”).

SERIES AS FROM JUNE  22ND 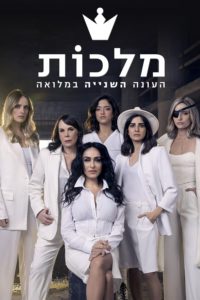 How to survive in the ruthless world of the mafia when you are a woman?  After the massacre of the men in their family, the women of the Malka clan want to take back the reins of business and take revenge on the killers. A corrosive tragicomic series, doubled with portraits of endearing heroines armed to the teeth like “Kill Bill”.

Best series & films as from  June 22nd on Netflix

The Man From Toronto, by Kevin Hart and Woody Harrelson, on June 24th.

Best series & films as from June 22nd on Prime Video

My Policeman, Michael Grandage with Harry Styles, Emma Corrin (The Crown). This fall.

Best series & films as from June 22nd on Canal+

Conversation with friends, directed by Lenny Abrahamson and Leanne Welham, adapted from the novel written by Sally Rooney (Normal People), in August: British series of 12 episodes of 30 minutes –

The French Dispatch, by Wes Anderson, on June 28th

Best series & films as from June 22nd on Apple TV

Sheila Rubin (Rose Byrne) has successfully launched her first fitness video, but she encounters new and bigger obstacles along the way. She’s torn between her loyalty to her husband (Rory Scovel) and the values he represents, and a dangerous attraction to someone else.

A new episode every Friday,10 episodes.

Best series & films as from June 22nd on Disney Plus

Best series & films as from  June 22nd on Starzplay

Becoming Elizabeth, now, is created and written by Anya Reiss.