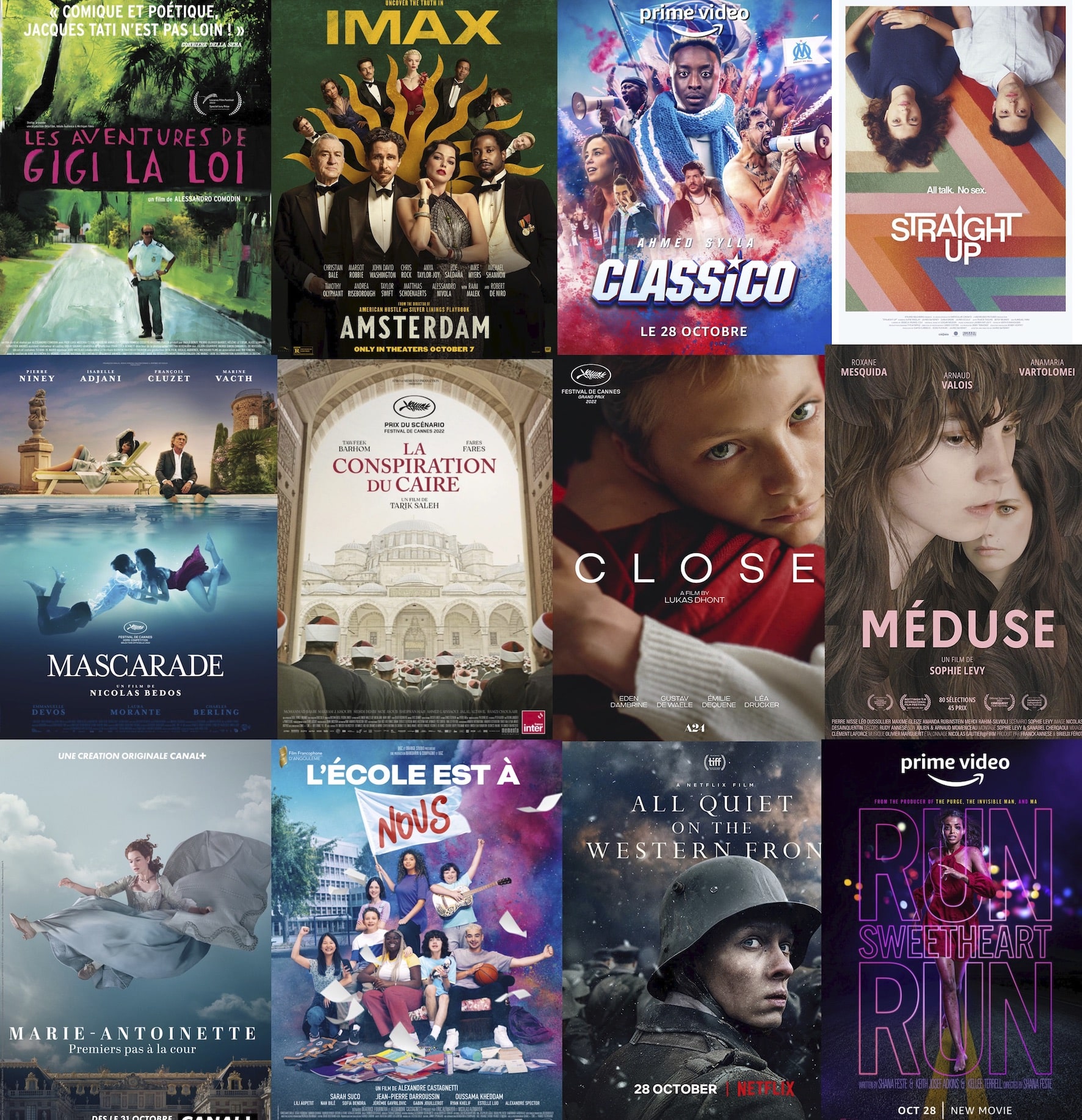 All films as from October 26h

What films to watch as from October 26th

Films as from October 26th and during the holidays.

Your news as from October 26th 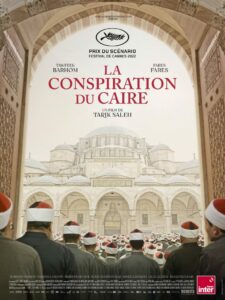 Adam, a fisherman’s son, enters the prestigious Al-Azhar University in Cairo, the epicenter of power in Sunni Islam, but the day he starts his studies, the Grand Imam at the head of the institution suddenly dies.

Adam finds himself at the heart of a relentless power struggle between the country’s religious and political elites.

Tarik Saleh, director of the very good crime thriller “Cairo Confidential” about the police, stages a story in the heart of the mythical university, Al-Azhar, the epicenter of power of Sunni Islam in Cairo.

As the director was reading The Name of the Rose by Umberto Eco, (a medieval thriller about a scandal in Christianity), he thought, “What if I told a story like that but in a Muslim context?  Would that be possible?  Would I be allowed to? Is it dangerous?”

A former graffiti artist, Tarik Saleh films walls like no one else.

In the heart of the university compound, young Adam, the naive son of a fisherman who has received a scholarship to the university, finds himself trapped by the authorities in order to allow the election of the immam who will please the President the most.

This film takes its time to unfold a complex plot about power.

Tawfeek Barhom, who has just finished shooting Terrence Malick’s next feature film, The Way of the Wind, brilliantly embodies Adam, this young man who evolves only in a world of corruption, manipulation and lies.

Several times, we find the codes of prison cinema such as clans, denunciations, violence, in this story that will surprise you until the end.

Farès Farès, the director’s favorite actor (Cairo Confidential and the series Westworld) in the role of Colonel Ibrahim gives him the line.

The director paints a portrait of a society governed by lies and religion and asks us this question: does knowledge give power?

Tarik Saleh is banned from entering Egypt. The film was shot in Turkey. 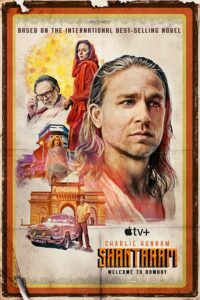 Shantaram is an autobiographical novel, written by Gregory David Roberts, published in 2003. A worldwide bestseller, the book follows the adventures of Lin, an Australian prison escapee who flies to Bombay, India.

India is still a mystery to us in the Western world. In this series, inspired by an autobiographical novel, the filmmakers help us discover Bombay, this immense city and the challenges of urbanization today.

Beyond the story that unfolds for the hero Lin, brilliantly played by Charlie Hunnam, and where it is a question of the meaning of life, redemption and rather classic themes related to this country-continent (as big as Europe), the issue is also social.

Extreme poverty, solidarity, but also permanent violence and corruption linked to the struggle for survival govern the daily life of the inhabitants, in permanent danger of expulsion, aggression or at the mercy of the weather.

What are we looking for when we go to the other side of the world? How do you find peace and love after violence and crime?

Served by a beautiful photography and a very good casting, Shantaram, despite some dialogues a bit conventional, will capture you when you least expect it. 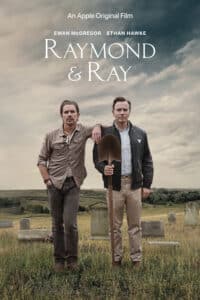 The two half-brothers Raymond and Ray live in the shadow of an abusive and cruel father.

They don’t imagine for a moment that this horror will ever end. The only thing that helps them in this existential crisis is their sense of humor. When their father dies suddenly and his funeral is scheduled, it is an opportunity for them to rediscover themselves.

How do you free yourself from an abusive father after his death?

This is the question posed by this remarkably well-written film, played by two equally brilliant actors, Ewan Mc Gregor and Ethan Hawke.

After years of silence, the two men, still traumatized at fifty years of age, fail in their lives, marked by their father’s invisible hold on them throughout their lives.

Until the day of his funeral, their father tries to continue to exercise his power over his sons.

Will the reunion help them to rebuild their lives? Will death free them from the past? Rodrigo Garcia intelligently deals with these questions in subtle dialogues between the two characters.

FILMS TO WATCH IN YOUR MOVIE THEATERS AS FROM OCTOBER 26TH

Straight Up, on October 26th, by James Sweeney (III)

Todd, an OCD gay man in his twenties, is so worried about dying alone that he questions his sexuality. When he meets Rory, a young actress who is as funny as she is energetic, the two of them form a strong relationship based solely on dialogue and not on sex.

Virginie Thévenot, a rather special math teacher, takes advantage of a general strike in a secondary school to try an unusual experiment with a small group of students. She takes a bet: let them do what they want…

Gigi is a country policeman, where, it seems, nothing ever happens. One day, however, a girl throws herself under a train. It’s not the first time. An investigation into this inexplicable series of suicides begins.

Romane lives with her sister Clémence, who is hemiplegic and unable to speak after a car accident.

When a young gigolo falls for a beautiful hustler, it’s the beginning of a Machiavellian plan under the hot sun of the French Riviera. Are the two lovers ready to do anything to give themselves a dream life, even if it means sacrificing that of a former movie star and a real estate agent?

Léo and Rémi, 13 years old, have always been friends. Until an unthinkable event separates them.

The Importance of Subplots. An in-depth exploration of the value of…  by Scott Myers

TV PROGRAM AS FROM OCTOBER 26th 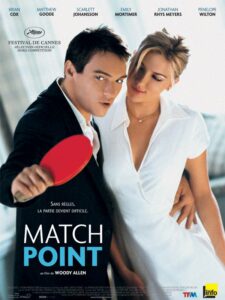 5. BEST DOCUMENTARIES, FILMS & SERIES AS FROM OCTOBER 26th ON ARTE

Series as from October 19th

Best series & films as from October 26th on Netflix

L’évadé, by Lucy Blakstad on October 26th about the Carlos Ghosn case.

The Crown, season 5, on November 9th

The Wonder, on November 16th, by Sebastián Lelio, with Florence Pugh

Best series & films as from October 26th on Prime Video

Classico, by Nathanaël Guedj & Adrien Piquet-Gauthier, as from October 28th.

A native of Marseilles has lost the Champions Cup. To get it back, he will have to pretend to be a Parisian within the capital.

The English, by Hugo Blick, with Emily Blunt, on November 11th.

Best series & films as from October 26th on Canal+

Best series & films as from October 26th on Apple TV

Spirited, on November 18th, directed by  Sean Anders & written by Anders & John Morris. This is a modern adaptation of A Christmas Carol by Charles Dickens written in 1843.

The movie honors Armstrong’s legacy as a founding father of jazz, one of the first internationally known and beloved stars, and a cultural ambassador of the United States.

It shows how Armstrong’s own life spans the shift from the Civil War to the Civil Rights movement, and how he became a lightning rod figure in that turbulent era.

With the full support of the Louis Armstrong Educational Foundation, the filmmakers have access to a treasure trove of rare archival materials, including hundreds of hours of audio recordings, film footage, photographs, personal diaries, and a life’s worth of ephemera for exclusive use in the first significant documentary dedicated entirely to his life.

Best series & films as from October 26th on Disney Plus

Best series & films as from October 26th on Lionsgate