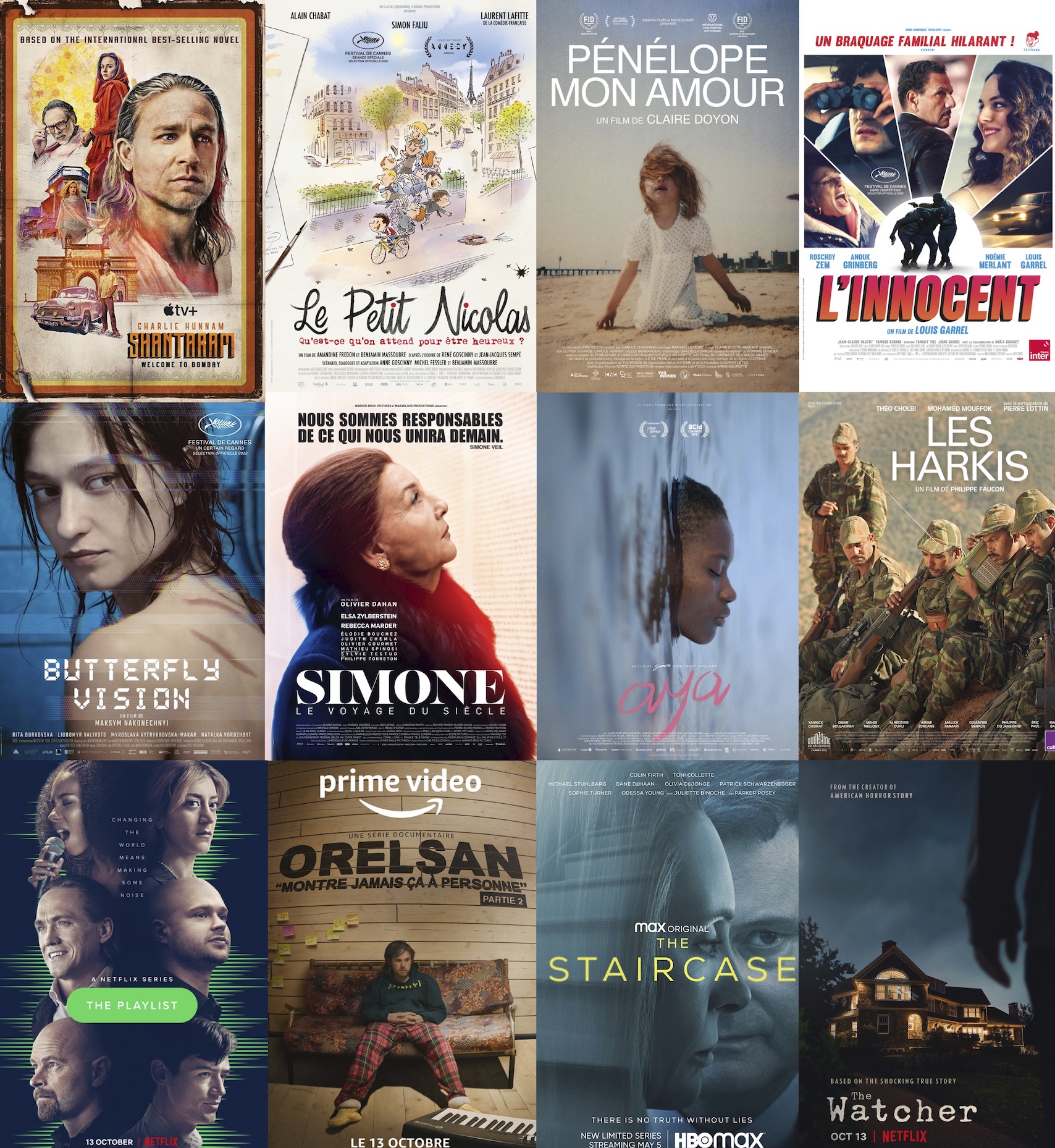 All films as from October 12th

What films to watch as from October 12th

Your news as from October 12th 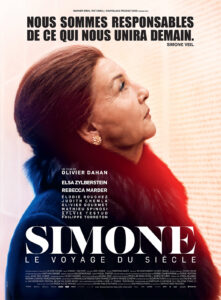 Simone Veil’s life, her childhood, her political battles, her tragedies. The epic and intimate portrait of a woman with an extraordinary career who shook up her era by defending a humanist message that is still very much alive today.

Olivier Dahan has filmed portraits of women, the one of Édith Piaf with Marion Cotillard and Grâce de Monaco, played by Nicole Kidman.

This time, at the request of Elsa Zylberstein, he filmed the portrait of Simone Veil, one of French favorite personality.

Two actresses play Simone Veil: Rebecca Marder, who we have seen shine in the very good “Une jeune fille qui va bien” by Sandrine Kiberlain in the role of young Simone Veil, then Elsa Zylberstein, with makeup but unfortunately sometimes too much, sometimes her face is deformed or still too recognizable. She plays Simone Veil in her forties until the end of her life

Nothing is forgotten of her fights, nor of her life: abortion, the fate of prisoners in France and that of women’s prisons, the Algerian prisoners repatriated to France, Europe, AIDS.

And we have also a quick passage in Israel in a kibbutz where she visits her son, a moment that one would think came out of “Hair” to recall her attachment to France.

Then, of course, there was her family: her mother, Yvonne, her father, André, her sisters, Denise, Madeleine (nicknamed Milou) and Jean. And the Shoah, and her friends Marceline Loridan-Ivens and Ginette Kolinka.

The director chose to alternate between past and present, with the voice of Elsa Zylberstein in voice-over, who, despite her courses to speak like Simone Veil, only succeeds when she shouts in her speeches. We can feel that the actress loves Simone Veil and wants to interpret her as best she can, but it doesn’t work, except for a few moments.

Filming the camps is not improvised and here the melodrama is pushed to the extreme, what one criticized Spielberg in Schindler’s List is a way too much. This part is probably the most unsuccessful of the film.

The music, very beautiful, is much too present, and the dialogues between Simone Veil, played by Elsa Zylberstein and her husband Antoine, played by Olivier Gourmet (who does not look at all like the young husband!) are too explicit and very didactic.

Rare strong moments are given by Rebecca Marder, and we don’t understand why she didn’t play Simone Veil throughout the film. The transition from one actress to the other doesn’t work.

Simone Veil wrote her biography. You should read it.

Perhaps it would have been necessary to have more perspective, because the film is flat even after two hours and twenty minutes.

Despite all the good will in the world and the sincerity of Elsa Zylberstein, too much exhaustiveness weighs on the history of Simone Veil, this brilliant woman, visionary, and whose fights, feminism, Europe, anti-racism, humanism are still relevant. 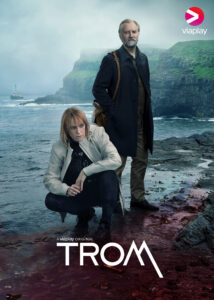 On the Faroe Islands, an investigative journalist investigates the disappearance of an environmental activist. He will have to face a corrupt police and community.

An island thriller mixing ecology and political pressure, the Scandinavian series “Trom, the cliffs, the wind and death” takes us into dark and jagged landscapes.

Awarded  last June at the Monte-Carlo Television Festival and adapted from the novels of local author Jagvan Isaksen, “Trom” presents one of the local “specialties” as a backdrop: whaling…

Investigative journalism, ecological commitment, corruption, so many subjects are tackled in this series carried by a brilliant cast and which also asks us this question: what would we do to protect our child? 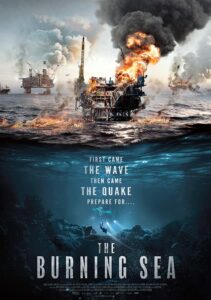 Norway 1969, the world’s largest oil field, Ekofisk, is discovered in the North Sea. Years of drilling and financial gain have led to a mile-long crack in the ocean floor.

When an earthquake causes one of the hundreds of platforms to disappear into the ocean, Sofia (Kristine Kujath Thorp), a submarine operator, is called in to search for survivors.

Thrilling! The North Sea tackles oil rigs and when accidents happen, their consequences on our environment.

But it’s not just about that. It is about personal and political commitment, courage and love.

This thrilling film will keep you on the edge of your seat until the end. Do not miss it under any circumstances!

FILMS TO WATCH IN YOUR MOVIE THEATERS AS FROM OCTOBER 12TH

When Abel learns that his mother Sylvie, in her sixties, is about to get married to a man in prison, he panics. Supported by Clémence, his best friend, he does everything he can to protect her. But the meeting with Michel, his new father-in-law, could well offer Abel new perspectives…

Lilia, an aerial reconnaissance specialist, returns to her family in Ukraine after several months in prison in the Donbass. The trauma of captivity torments her and resurfaces in the form of visions. But she refuses to see herself as a victim and fights to free herself.

For 18 years I have been filming Penelope, a young adult with autism. One day I opened the closet that contained DV tapes and Super 8 reels. It almost made my eyes pop out. I had to gather all these images. Pénélope mon amour traces the journey of a mother and her daughter through the years.

Leaning over a large white sheet of paper, Sempé and Goscinny bring to life a laughing and mischievous little boy, Little Nicholas. As the story unfolds, the boy slips into the workshop of his creators, and challenges them with wit.

At the end of the 1950s and the beginning of the 1960s, the Algerian war is still going on. Salah, Kaddour and other young Algerians without resources join the French army as harkis. At their head, Lieutenant Pascal. The outcome of the conflict suggests that Algeria’s independence will soon be achieved.

Lahou, Ivory Coast. Aya grows up carefree with her mother. Intimately linked to her island, the young girl sees her bearings collapse when she learns that her paradise is doomed to disappear under the waters. As the waves threaten her home, Aya makes a decision: Lahou is her island; she will not leave it.

Four years after the events of Halloween Kills, Laurie is now living with her granddaughter Allyson and finishing her memoirs. Michael Myers has not been around lately…

What makes a movie a big budget and a small budget?  by Scott Myers

TV PROGRAM AS FROM OCTOBER 12th 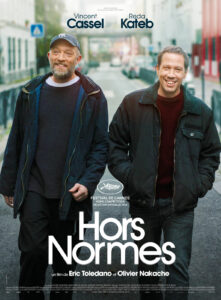 Canal Plus : The Staircase (série)

5. BEST DOCUMENTARIES, FILMS & SERIES AS FROM OCTOBER 12th ON ARTE

Crossed history of George Orwell and Aldous Huxley, the authors of two great novels of anticipation, “1984” and “Brave New World”. Written more than 70 years ago, these two novels find an extraordinary echo in our societies today: alternative facts, fake news, ultra-surveillance… Orwell and Huxley seem to have imagined all the drifts of our societies.

Series as from October 12th

Trom – The Cliffs, the Wind and Death

Based on the novels of local author Jagvan Isaksen, “Trom” is based on one of the local “specialties”: hunting whales….
On the Faroe Islands, an investigative journalist investigates the disappearance of an environmental activist. He will have to face a corrupt police and community. An island thriller mixing ecology and political pressure, the Scandinavian series “Trom, the cliffs, the wind and death” takes us into dark and torn landscapes.

Best series & films as from October 12th on Netflix

About Spotify : The Playlist, Per-Olav Sørensen  (Home for Christmas), on October 13th

And : The Wonder, on November 16th, by Sebastián Lelio, with Florence Pugh

Best series & films as from October 12th on Prime Video

The Peripheral, on October 21st, by Jonathan Nolan, Lisa Joy.

Best series & films as from October 12th on Canal+

The Staircase, on October 13th, by Antonio Campos

Best series & films as from October 12th on Apple TV

Best series & films as from October 12th on Disney Plus

Best series & films as from October 12th on Lionsgate