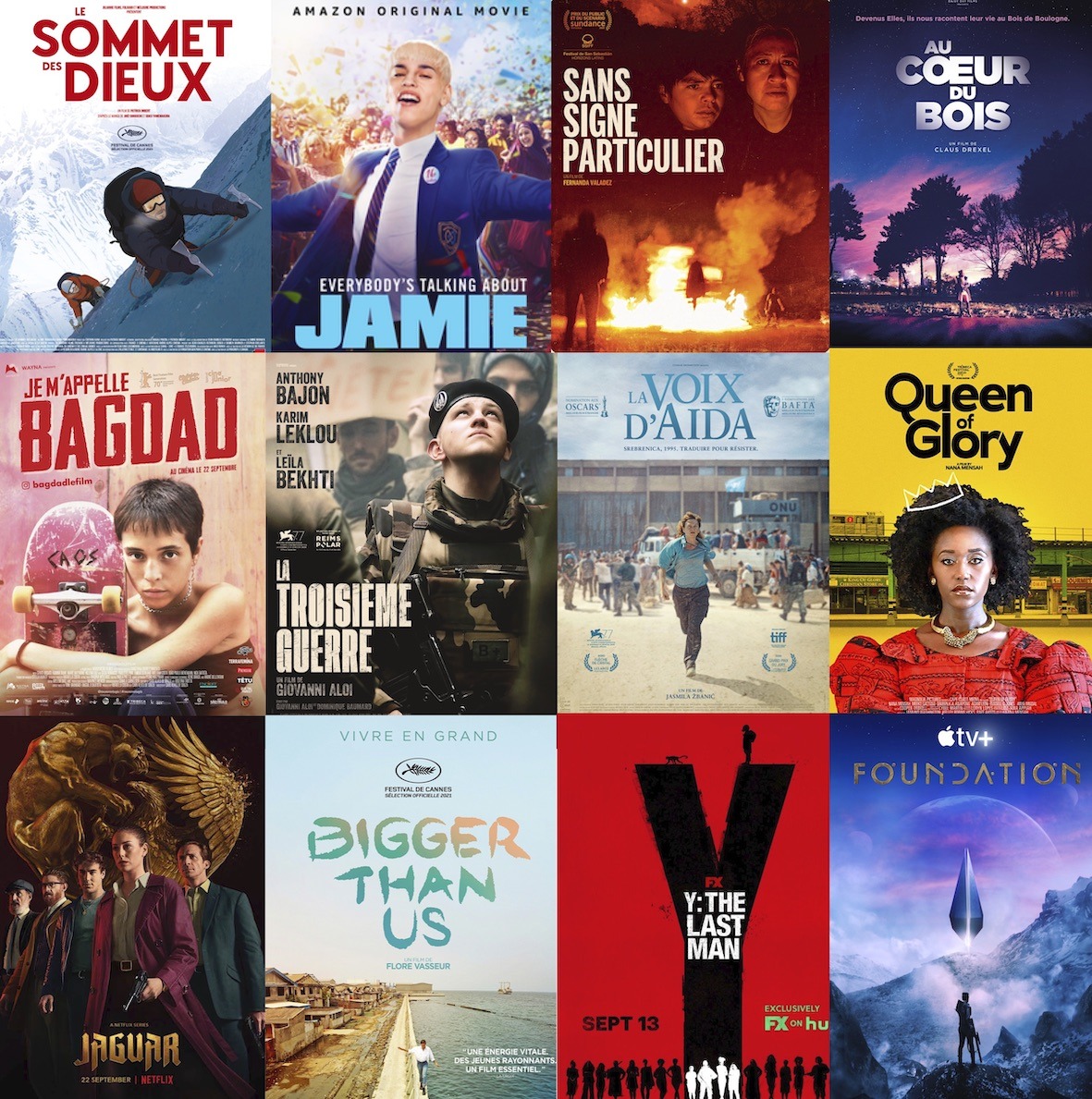 Cinema, films & series : What to watch and stream this week in your theaters and on your platforms.

What to watch this week ?

I watched for you these current films and series

Emmy Awards took place during the night of Sunday.

WHERE TO WATCH THEM & REVIEWS

MARE OF EASTTOWN, I MAY DESTROY YOU: CANAL PLUS & OCS

One cell phone, one film, one minute! That’s the challenge of the Mobile Film Festival (MFF), an annual event dedicated to the creation of very short films online. The online competition will then take place from November 2 to 30.

A documentary about surf: « À LA RECHERCHE DE TEAHUPO’O », on MyCanal dès as from September 23.

The 32nd edition of the Dinard British Film Festival, which will take place from September 29 to October 3, 2021, is revealed with part of the jury and 54 films selected. 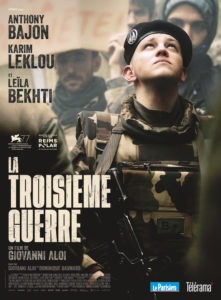 The Third War, by Giovanni Aloi Click to read the review 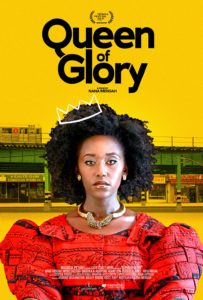 Queen of Glory, by Nana Mensah 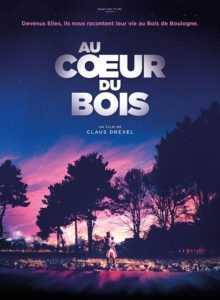 In season 1, for those who are not familiar with the series, in Moordale High School in Wales, Maeve and Otis, sons of a sex therapist, create an underground sex therapy unit within their high school.

Without giving anything away about the plot, I can tell you that season 3 is by far the best. The second one was a bit of a dud and the first one was a thunderbolt in the series universe.

Never before have sexual and identity issues been so well addressed in this series, which is aimed at teenagers and adults.

From episode to episode, Otis, Eric, Adam, Maeve, Viv, Ruby, Rahim, Ola, Lily, evolve through words. And it is precisely that which is put forward. Listening to others, their desires, their needs creates trust. The characters, both adults and teenagers, are all endearing, imperfect and so close to us that we seem to understand them in all the difficult moments they go through.

Thus the handicap, the non-binary, the teenagers who need to live in another universe like Lily, the athletes, the homosexuals, everyone is represented simply, without miserabilism, with a very realistic posture, whether it is about the sex scenes which will perhaps shock the adults more (we are not used to that and it is a pity) than the teenagers.

Adults, teachers and parents, are also imperfect, still looking for their identity, need to find their mark.

And this is the strength of “Sex Education”, to address everyone. We oscillate between laughter and tears and it’s a treat.

Sites have been created on sex education, a manual ((here) including a site on vulvas. Like what, it is never too late to learn!

A season 4 is unlikely because of the age of the actors.

Let’s enjoy this one and especially this soundtrack, a tribute to teen movies, to jazz and to the best possible rock songs: the music of “Ferris Bueller”, “Zoubizou-bizou”, the main song of  Mad Men series, David Bowie, and in jazz, Art Blakey & The Jazz Messengers & Chet Baker. The music is composed by Oli Julian.

Bigger than us, by Flore Vasseur

Based on the manga by Jirô Taniguchi and Baku Yumemakura.

In Kathmandu, the Japanese reporter Fukamachi thinks he recognizes Habu Jôji, the mountaineer who was thought to have disappeared years ago. He seems to hold in his hands a camera that could change the history of mountaineering.

What if George Mallory and Andrew Irvine were the first men to have reached the summit of Everest, on June 8, 1924?

Only the little Kodak Vest Pocket with which they were to photograph themselves on the roof of the world could deliver the truth.

70 years later, in an attempt to solve this mystery, Fukamachi sets out on Habu’s trail. He discovers a world of enthusiasts thirsting for impossible conquests and decides to accompany him on the ultimate journey to the summit of the gods.

I am Greta, by Nathan Grossman.

West Side Story, by Steven Spielberg, on December 8

It is an adaptation of the novel  Nightmare Alley, by William Lindsay Gresham, already adapted to the cinema in 1947.

Stanton Carlisle is an ambitious showman, able to manipulate people with his talent for choosing his words. But his talent could backfire when he teams up with Lilith Ritter, a psychiatrist more dangerous than he is.

10 Screenwriting Skills and Traits You Need  by Scott Myers

Character Type: Addict. Those of you who have followed my blog…by Scott Myers

If you are a beginning screenwriter…  by Scott Myers

Interview: Lisa Joy. Several conversations with the… by Scott Myers |

The Commuting Writer. If your commute to work is a half-hour… by Scott Myers

Why read scripts?. You watch movies, write pages, but…| by Scott Myers

WHAT TO WATCH & STREAM 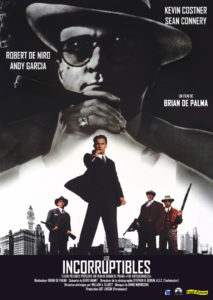 Canal Plus : Riders of Justice by Anders Thomas Jensen.

Markus, a soldier deployed in Afghanistan, returns home to Denmark after the death of his wife following an accident in the subway. He has to take care of his teenage daughter, Mathilde, who survived the tragedy. One evening, Markus is visited by Otto, an eccentric scientist who was also on the train. Otto convinces him that the accident may not have been accidental. Moreover, a man who was to testify against his former gang, the Riders of Justice, also died in the supposed accident. Convinced, Markus decides to take revenge.

Twelve years after a tragedy, a seemingly united family is caught up in its past lies… In six episodes, a Finnish series in the form of a thriller, shrouded in a thick halo of mystery. By Mikko Kuparinen

Danse avec les loups, by and with Kevin Costner

WHAT TO WACH : SERIES

Niccolò Ammaniti. This is an adaptation of Ammaniti’s post-apocalyptic novel of the same name, originally published in 2015. In a world ravaged by an epidemic, a willful young girl sets out to find her brother, who has been kidnapped.

42, a documentary series with an answer to  everything!

The Starling, on September 24, by Theodore Melfi, screenplay by Matt Harris.

The Chestnut man, by Søren Sveistrup,  creator of «The Killing», on September 29.

All Seinfeld, on October 1st.

The Power of the Dog, by Jane Campion, December 1. With Benedict Cumberbatch, Kirsten Dunst, Jesse Plemons and Kodi Smit-McPhee.

The Hand of God, by Paolo Sorrentino on Dec. 15: The director recounts the Naples of his childhood, featuring Diego Maradona.

Maya and the three, created by Jorge R. Gutiérrez.

Don’t Look up, by Adam McKay, on December 24th with an incredible cast.

Everybody is talking about Jamie, by Jonathan Butterell, on September 17.

Birds of paradise, by Sarah Adina Smith, based on the novel Bright Burning Stars by A.K. Small on September 24.

The story of the secret negotiations that took place during the drafting of the Oslo peace accords between Israel and the Palestine Liberation Organization in the early 1990s.

The story centers on a group of high school students in Orange County, California who explore their sexuality in a modern world. This tests their deeply entrenched beliefs about life, love and the nature of family in their conservative community.

Created by Cécile Ducrocq, screenwriter of “Bureau des légendes” and “Dix pour cent”, and Benjamin Adam, it features Raphaël Personnaz in the role of the institution’s new dance director. Ariane Labed and Suzy Bemba play two dancers with different profiles: Zoé, 35 years old, who will fight to keep her place, and Flora, 19 years old, a young black dancer who will have to prove herself to fit in.

The great saison 2, from November 19.

Among the stars, on Captain Chris Cassidy