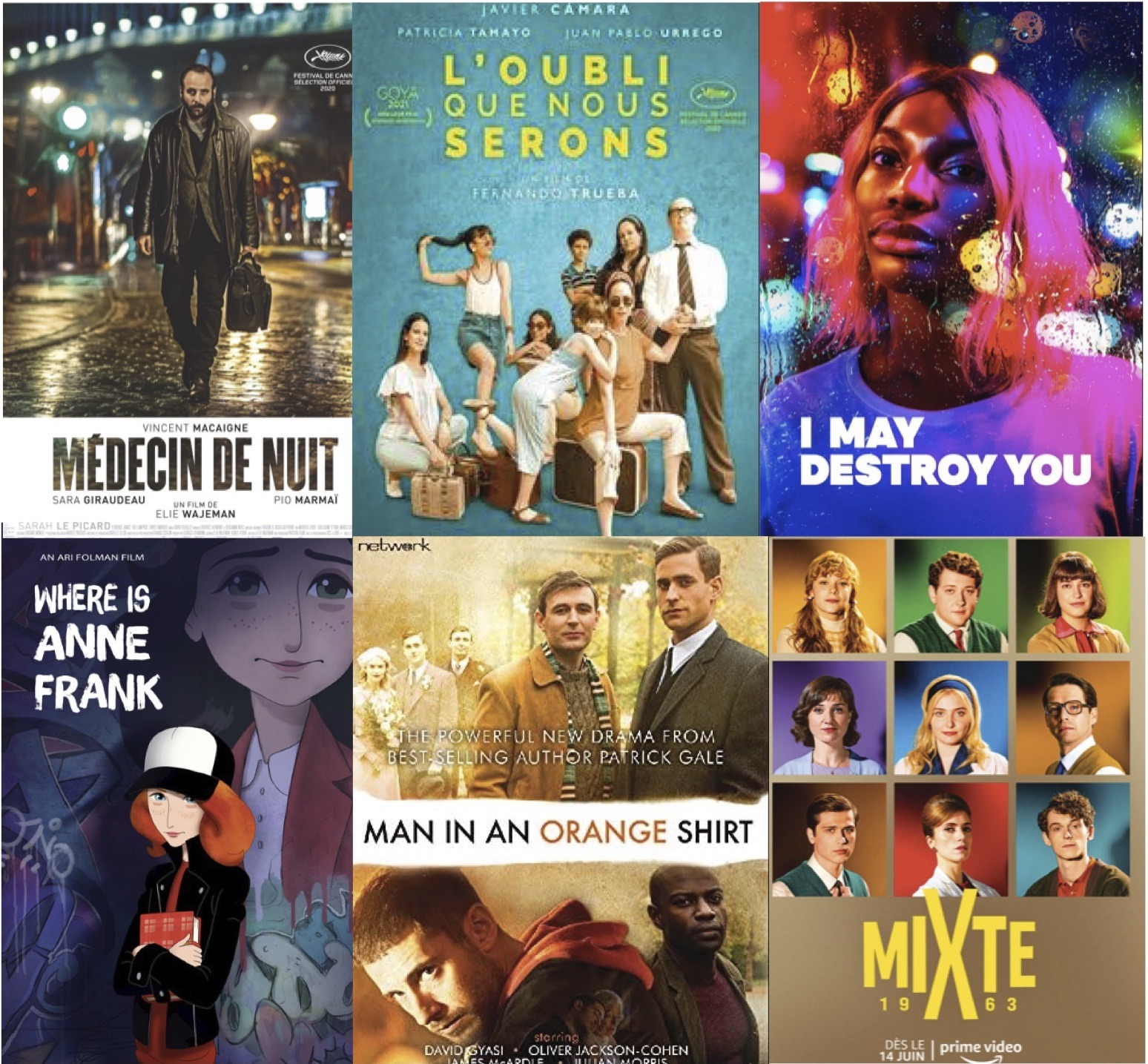 In theaters and at home

In theaters and at home on your platforms : what to watch ?

In Out of Competition will be presented Where is Anne Frank? by Ari Folman (Le Pacte); it is the only animated feature film of the Official Selection.

Vortex by Gaspard Noé will be screened in the “Cannes Première” section and Mes Frères Et Moi by Yohan Manca (Ad Vitam) in the Un Certain Regard section.

The Special Sessions will also feature Bill Murray’s Party: New Worlds, The Cradle of a Civilisation by Andrew Muscato;

Finally, the opening film of Un certain regard, on July 7, will be Onoda – 10,000 Nights in the Jungle by Arthur Harari.

Dr. Hector Abad Gomez, father of a family of six children, including five daughters and a son he adores, fights to get the inhabitants of Medellin out of poverty and questions the government about its inaction.

Despite the threats against him, he refuses to be silenced.

His son remembers their lives.

Adapted from the novel written by Hector Abad Gomez’s son, Hector Abad Faciolince, his novel El olvido que seremos translated into several languages, is considered one of the most important novels of Colombian literature and best seller in Colombia.

It was therefore not easy, as with any adaptation, to make a success of this film, which is at the same time intimate (the adoration of a father and his son), family and historical fresco. Colombian producers had to propose it to the director and he hesitated a long time before accepting.

The director Fernando Trueba has Billy Wilder as a mentor and wanted to finally show on screen, not the mafia bosses and the killers (who have had their share of cinema) but the victims of injustice, the everyday heroes.

The oblivion that we will be is a moving film, beautiful (this alternation of black and white and color) and wonderfully played by the hero of this story, Javier Camara who also plays in the series The New Pope and Narcos and in many films by Pedro Almodovar. He said in an interview “This film was more than a film, it was a common cause”.

To see urgently in the cinema! 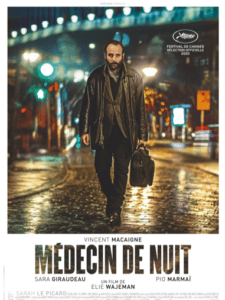 Mikael is a night doctor who helps drug addicts. He does everyone a favor and at the same time is completely lost.  Married with a family, every night he finds his mistress, and his cousin to whom he provides false prescriptions until an investigation threatens to have him removed from the Order of Physicians.

Mikael wants to stop everything but it is not so simple…

Élie Wajeman plunges us into a world that few of us know. It is about the violent, gloomy, and hard daily life of a doctor played by a brilliant Vincent Macaigne. Pio Marmaï plays wonderfully the role of the cousin who is both a crook and a party animal.

Like Jacques Audiard in De Battre mon coeur s’est arrêté, Élie Wajeman alternates moments of brutality and almost poetic pauses in the life of this man who wants to regain control over his life while being addicted to it. We follow him in this breathless race, wondering how it will all end…

This French thriller is a must-see in theaters this week.

In 1963, the Voltaire high school in Saint Jean, in the Charentes Maritime region, which is not coeducational, welcomes girls for the first time, eleven in all.

The arrival of these girls will upset the daily life of everyone, theirs but also that of the teachers and the boys.

Created by Marie Roussin,, this series shows us a not-so-distant France where people wondered if girls should really be sent to school.

Prejudices, machismo and misogyny have shaped French society and Mixte shows us this with a lot of humor but also a real lucidity on the education given to girls and boys which then has consequences on their whole life.

I may destroy you, by Michaela Coel

Arabella returns from Italy, where she has been having a good time thanks to the advance on her novel’s publication. In New York, she goes out one night and meets up with friends.

The next day, she wakes up with a head injury and can’t remember anything except the face of a man standing over her.

Over twelve episodes, we follow the journey of deconstruction and reconstruction of the author, drugged without her knowledge and raped at a party in a bar.

Arabella files a complaint, is listened to, but that is not enough. What can she do to feel better?

A search for herself and an investigation of the people she has seen to try to reconstruct the facts follows.

Arabella, played by Michaela Coel, is surrounded by friends including actors Weruche Opia (Bad Education) as Terry, the heroine’s best friend, Paapa Essiedu  (Murder on the Orient Express) as Kwame, her other best friend, and Aml Ameen (Sense8) as Simon, a character close to her.

They have also had traumatic experiences without sometimes resulting in complaints.

Little by little her memories will come back. How to rebuild oneself then?

Michaela Coel delivers an autobiographical story, and the characters are all rich and complex.

“The series explores different themes: love, sex, responsibilities, friendship, what society perceives as taboos – with a lot of nuance,” Aml Asheen told the BBC a few days ago. “It’s also the first time I’ve seen Black British characters so fleshed out, highlighting the variety of our experiences. I really admire that.”

The Bafta Awards, the British television awards on Sunday night, June 6, crowned the British series I May Destroy You and its director Michaela Coel for her performance as Arabella.

This series is unique in its kind by the dry, fast, jerky writing it generates in each episode.

A must-see on Canal Plus and OCS.

2. YOUR SERIES AND YOUR FILMS

IN JUNE IN MOVIE THEATERS

Barry Jenkins: I Want To Unpack The Generational Trauma of Slavery | by Nadine Drummond

How to Write Tight. Everything I learned about concision I… | by Yi Shun Lai

Writing a Logline for a Character Driven Drama | by Scott Myers | Jun, 2021 | 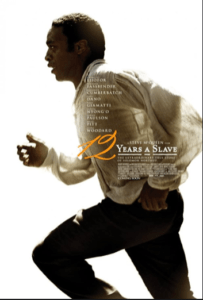 Bruno Dumont has imagined an even crazier season 2. After the discovery of an extraterrestrial magma, Quinquin, who is now called Coincoin, and the police officers Roger Van der Weyden and Rudy Carpentier, find themselves embarked on a crazy police and existential adventure.

In 1939, nearly a thousand German Jews embarked on the “Saint-Louis” to find refuge in Cuba. But the outcome of their journey will turn out to be tragic… Based on real facts, a moving historical fiction.  By Raphael Beinder

Narbonne was one of the greatest metropolises of the Roman Empire in Gaul. Recent discoveries and scientific advances inform about the crucial role of this flourishing city that was rightly called “the second Rome”. 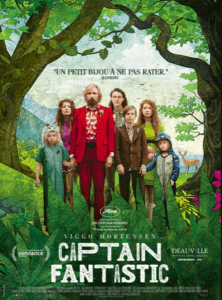 A father lives in autarky with his six children in an American forest. But after a tragedy, the family must confront the world… With Viggo Mortensen, a deep and moving fable about the parental bond and American values.

TF1 : Le diable s’habille en Prada
6TER: Catch me if you can

The story of a community of “riders” who participate in creating a new cultural and social order in Africa. From Ghana to Rwanda, passing through Senegal and Uganda, these crazy riders tell us the keys to their “playground”: dented sidewalks, deserted squares, bumpy roads or sandy tracks… So many obstacles that make these free spirits real warriors on the asphalt as in life.

The Sinner, season 3: on June 20th: created by Derek Simonds, based on the novel of the same name by Petra Hammesfahr, with Bill Pullman as Lieutenant Harry Ambrose

The education of Frederick Fitzell, by Christopher Macbride

Developed for Amazon by Eric Overmyer, it is based on three novels by Michael Connelly: Wonderland Avenue, Echo Park and The Concrete Blonde.

Man in an orange shirt now, by Patrick Gale

A 6 minutes short movie : Us again