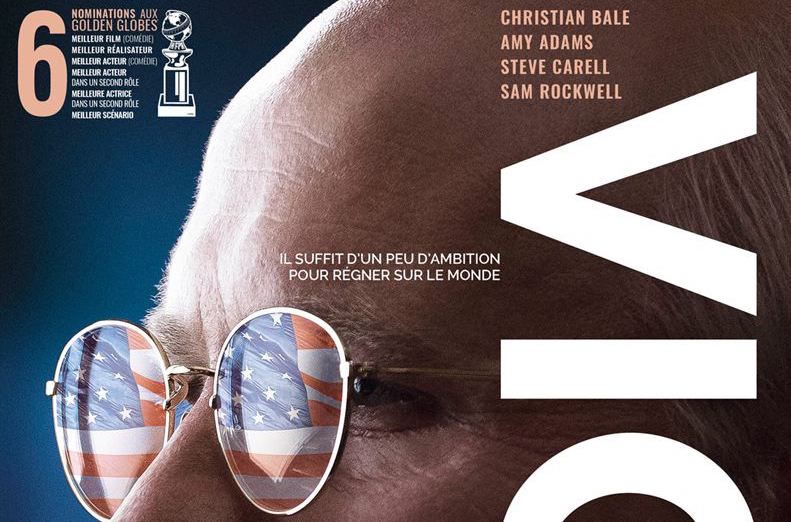 If you like “JFK” directed by Oliver Stone, you will adore “Vice” by Adam Mc Kay. 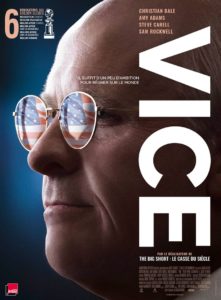 This movie tells the story of Dick Cheney rise to power, the Vice President of the United States between 2001 and 2009 in G.W. Bush administration.

With a great sense of humour, cruel lucidity, Adam Mc Kay did a movie on the rise of absolute power.

Adam Mc Kay did an exhaustive work (Oscar for the best original script in 2018). He is also the director and screenwriter of The big Short.

Dick Cheney used legal loopholes which allow torture, Guantanamo prison and legitimated the war against Irak without real proof (the speech pronounced at the United Nations was one of his worst moments in life of Colin Powell according to him), this events among many others.

The power of this great movie relies on a perfect script which mixes his private and political life. Christian Bale is incredible in Dick Cheney (he won the Golden Globe for Best Actor in 2018). He is surrounded by Steve Carell (as Donald Rumsfeld), Amy Adams (Lynne Cheney who influenced a lot Dick Cheney ‘s carrier), Sam Rockwell as Georges W. Bush, Tyler Perry as Colin Powell and Naomi Watts as a TV reporter.

Go to the movie theatre. It is still playing ! (date of release was February 2019)