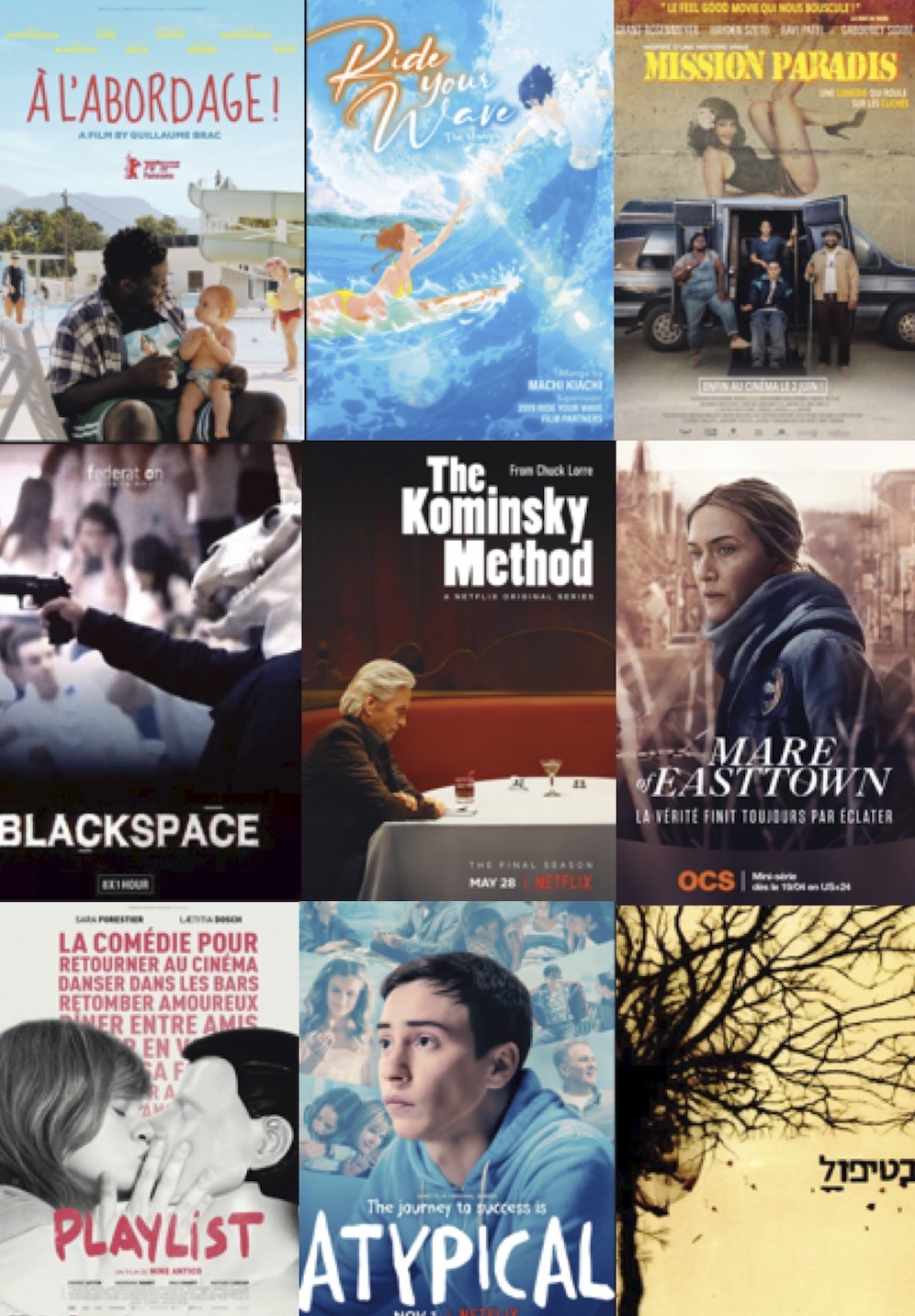 Your series and your films ‘ program

This week, in your movie theaters, many great films to watch !

What are your new series ?

Out of nine very uneven films in competition, the jurors promoted two Iranian features: The Law of Tehran, by Saeed Roustaee, This is Saeed Roustaee’s second feature film after Life and a Day in 2016. (to be released on July 28), is awarded the Grand Prize and the Critics’ Prize, while The Slaughterhouse, by Abbas Amini, wins the Jury Prize.

The only French film in competition, Boîte noire, by Yann Gozlan (to be released on September 8), starring Pierre Niney, won the Audience Award. It follows the journey of Mathieu Vasseur, a technician from the Bureau of Investigation and Analysis (BEA) in charge of investigating the crash of a Dubai-Paris flight in the Alps.

Pierre Niney had already shot with Yann Gozlan in 2014. In An Ideal Man, he played an apprentice author also named … Mathieu Vasseur.

ALL YOU WANT TO KNOW THIS WEEK 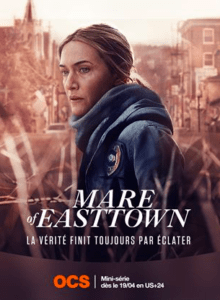 Mare of Easttown, by Brad Ingelsby, directed by Craig Zobel

She comes limping in. Nicknamed Lady Hawk because of a basketball hoop that won the city a championship, Mare is a battered female cop. She couldn’t solve an investigation into the disappearance of a teenage girl ten years earlier and in her personal life, she’s a broken woman.

Mare lives with her alcoholic mother, talks very little to her daughter and gets angry with everyone.

At the request of the girl’s mother, the investigation resumes, aided by a police officer with a good reputation.

I had already started to write about this series but it ended yesterday and until the end is worth watching.

It is the series of the moment.

Broadcast on HBO in the US, and in France on Canal Plus and OCS, Mare of Easttown is about grief, reconstruction and truth.

Kate Winslet, who co-produced the series, plays the title role and it’s a pleasure to rediscover her in this leading role, that of a woman for whom nothing is of interest except her grandson and her work. She throws herself into it to forget the drama she has lived through.

The actress will certainly receive awards this year. The script, the dialogues, the direction, everything fits perfectly with the universe of this story of filial love (whatever the characters), violence and despair.

If all the actors are sensational, I discovered an extraordinary actress, Julianne Nicholson, (who is not Jack’s daughter as I thought).

” I feel like I’m in mourning. It was an absolutely wonderful role… There’s something very addictive about Mare, because she’s so vulgar and touching and brilliant and so real at the same time. You know what I mean? I loved being in her shoes (…) . Mare is a middle-aged woman, I will be 46 in October. I think that’s why people connected with this character the way they did, because she’s unfiltered. She’s a flawed woman with a body and a face that moves like a body and a face should move at her age. We all need that. ”

Indeed, the actress insisted that there would be no visual retouching, whether it was her stomach or her wrinkles. 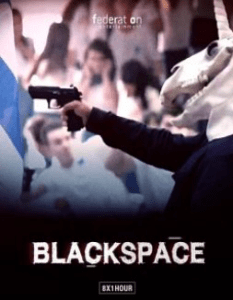 In a small town in Israel, on the day of Yom Hazmaut (Independence Day) while the high school seniors are attending the ceremony, four unicorn-masked individuals burst in and start shooting at random at the students and four of them are found dead.

A policeman, a former student of the school, goes to the scene. After the intervention, three Palestinians are found on the roofs and are immediately accused. But the weapons have disappeared. The investigation then turns to the students.

A breathtaking and thrilling Israeli series, Blackspace will not let go of you once you start it.

The hero, Rami Davidi, incredible Guri Alfi, is a man who lost an eye when he was harassed by the students of the same high school twenty-five years earlier. His past resurfaces as he leads the investigation and he works day and night to find the culprits of this massacre, which is reminiscent of those perpetrated in the United States.

Post-traumatic symptoms plunge him back into this traumatic event, and Rami Davidi no longer knows how to live outside of his work.

This series allows its authors to address violence, bullying, injustice and misogyny present in Israeli society.

Blackspace can be seen now on NETFLIX. 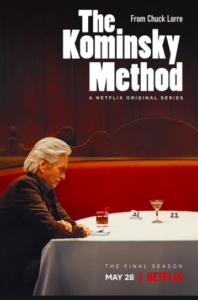 THE KOMINSKY METHOD, BY CHUCK LORRE

Sandy Kominsky and Norman Newslander are two inseparable friends. But Norman dies and Sandy has to learn to live without him.

Her daughter Mindy, who helps her in her acting school, has met Martin, a man a little bit younger than her father, and she decides to marry him.

Without Alan Arkin, the actor who played Norman Newlander in the first two seasons, I expected the worst.

Norman was my favorite character. The dialogues full of Woody Allen humor hit the spot every time in this feel-good series.

But Michael Douglas rose to the challenge. This time, he carries alone this season, more moving than the two previous ones, which tells us, as always, about the dream of becoming an actor, of being chosen for a movie, of living from his passion and of reaching fame.

This season is the last one and despite the heaviness of some scenes, it is worth the detour.

2. YOUR SERIES AND YOUR FILMS

IN YOUR MOVIE THEATERS

On June 2nd in your movie theaters :

All my life, by Marc Angels

Ride your wave, by Masaaki Yuasa

BOB DYLAN  IN MOVIES : a biopic is forecast with Timothée Chalamet in Bob Dylan ‘s part. 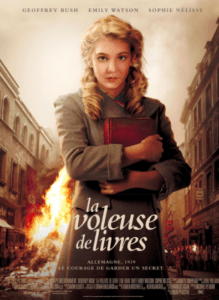 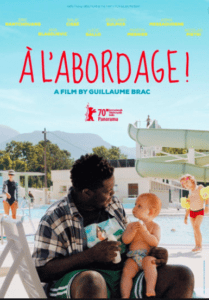 Jersey, the orphenage of shame

The Pope and The Mafia

Hit and run: A new series from “Fauda” star Lior Raz and his co-creator and co-writer Avi Issacharoff of “Times of Israel” .

Carnaval: After a breakup, an influencer takes her friends on a free trip to Bahia’s vibrant Carnival, where she learns life’s not just about social media likes. On June 2nd.

Panic, by Lauren Oliver (adapted from her bestseller)

Lisey’s Story, adapted from the novel by Stephen King. The story of a woman, recently widowed, who becomes the object of a stalker obsessed with her husband’s work.

Raya and The Last Dragon, on June 4th