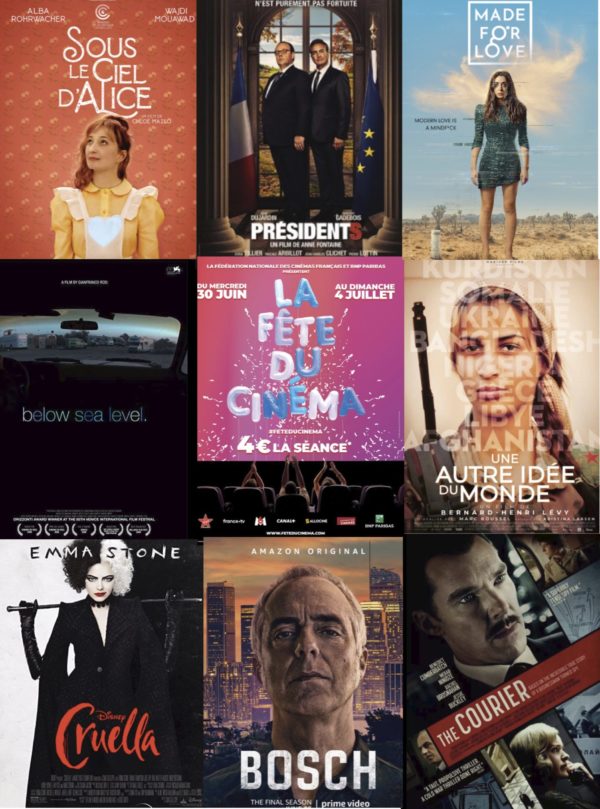 Your films and series. 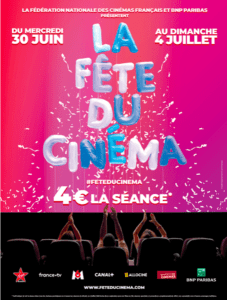 To know all about it 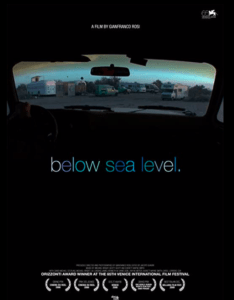 Long before Chloe Zhao’s Nomadland, which won an Oscar this year, Gianfranco Rosi went to meet a small community of homeless women and men who live in California, 35 meters below sea level in a former military base in Slab City.

His film was banned from screening in the United States and if it was seen, it was only by a few people who passed it around.

On the other hand, it undoubtedly inspired the director Chloe Zhao, who won an Oscar.

Italian-American, born in Eritrea, Gianfranco Rosi has filmed the worlds that we do not know, marginal worlds, such as the Ganges in India, the Middle East, migrants on the island of Lampedusa.

This year his film Notturno was presented at the Oscars this year. He has made six major films in thirty years.

The BPI has dedicated a retrospective to him this year, which ends on Thursday evening and which I mentioned in my newsletters.

Listen to his words recorded at the BPI last Friday. 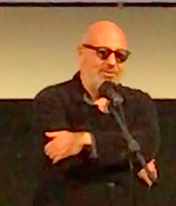 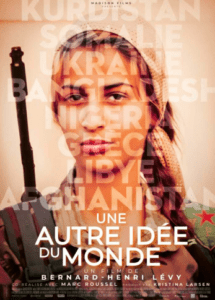 During this year of confinement, Bernard-Henri Lévy visited several countries where the oppressed populations are completely forgotten.

Despite his detractors, Bernard-Henry Lévy is a brave man. Philosopher, novelist, and committed intellectual, he has paid tribute in this film to all the women and men, fighters or oppressed, whom the world ignores.

It all begins in New York where, after a meeting, he travels to Nigeria and films with his co-director Marc Roussel, the victims of Boko Haram, Christians forgotten by the Vatican and all the Christian communities in the world and at the mercy of Boko Haram and its adapters, including the Foulani herdsmen.

We follow him to the Kurdish fighters, these women abandoned by Europe, who fight, alone, without information, against the Turks and Daesh.

Then it’s on to Dombass in Ukraine, in this “Verdun of Europe” where civilians are once again among the victims of Russia’s territorial expansion and where you have to move between snipers and mines.

We then find him in Somalia in Mogadishu, a city reputed to be the most dangerous in the world, where a few mercenaries still hold the city.

And each time, the first victims are women and children, women raped, children exploited.

In Bangladesh, where he returns fifty years later and where, having answered André Malraux’s call, he had gone as an advisor for eight months, a man recognizes him.

He goes to the border with Burma where he meets Rohingya women, victims of Burmese persecution.

Then it was migrants on the island of Lesbos, where a little boy thanked him and where women could not go out at night for fear of being raped and attacked, Libya, where men were trying to kill him, and then Afghanistan.

I remember his book Who killed Daniel Pearl ?, where after months of investigation, Bernard-Henri Lévy had managed to retrace his last hours. In Afghanistan, he met Massoud’s son, a country abandoned by the West and falling back into the hands of the Taliban.

Then it’s Vienna and the attack in the street of the Jews, and it’s true that today we prefer candles to action.  Woody Allen makes his character say in “Manhattan”, “peaceful demonstrations against neo-Nazis are good, baseball bats are better”.

Dedicated to Olivier Royant of Paris-Match who supported him during this shoot and who died in December 2020, co-directed by Marc Roussel and Olivier Jacquin, this new film by Bernard-Henri Lévy is essential.

Une autre idée du monde is a sad and realistic testimony of our time, a time when courage is a value in perdition.

A book has also been published on the film: Sur la Route des Hommes sans Nom, by Bernard-Henri Lévy, published by Grasset.

See it now on Canal Plus and on SVOD, as well as his other films. 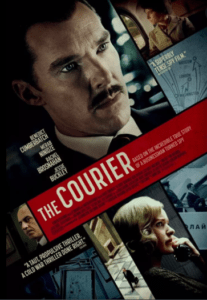 THE COURIER, BY DOMINIC COOKE

Cold War. On the eve of the Cuban Missile Crisis.

In the 1960s, because of his regular trips to the USSR, Greville Wynne, a British salesman played by Benedict Cumberbatch is contacted and then recruited by MI6 to pass on messages to the secret agent Oleg Penkovsky alias Ironbark played by Merab Ninidze.

The Courier is a beautiful story of espionage and friendship.

Greville Wynne has all the makings of an anti-hero. He drinks, does not exercise, has a monastic life.

“What I liked about it is that it focuses on the human, personal dimension of espionage. What is the human cost incurred by these people, you know what I mean? Usually, we have to deal with strategy games, with the elaboration of subterfuges, with big action scenes… Whereas this film is a bit of a bromance, an incredible – because it’s so improbable – story of friendship between this English businessman, a neophyte in espionage, and this Soviet double agent, Oleg Penkovski. All of these elements combined made the proposal quite unique to me. ”

Benedict Cumberbatch and  Merab Ninidze are both excellent in their part.

Rachel Brosnahan aptly plays the role of the Donovan Agency and she is the one who has the ideas but lets the men think they had them (help feminism).

As the plot progresses, we feel that it goes too far and the tension increases. I won’t tell you the rest of the story, if you don’t know it, you will enjoy discovering it.

Dominic Cooke previously directed On Chesil Beach, a film adapted from a novel by Ian McEwan with Saoirse Ronan and Billy Howle. 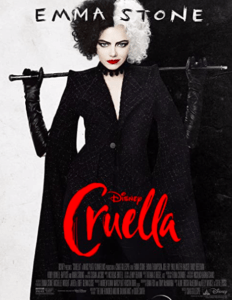 The film revisits the origins of the character of Cruella from Hell, created by Dodie Smith in her 1956 novel The 101 Dalmatians.

Everything is successful in Cruella, except the length of the film: 2h20.

Emma Stone plays the young woman who is not a villain at all and Emma Thompson is sensational as a self-centered fashion designer (a nod to The Devil Wears Prada).

Craig Gillespie has succeeded in focusing on the story of two women that is not, for once (!) centered on a man but on their ambitions alone. The men are present to help them.

The secondary characters are sufficiently fleshed out to stand up to Emma Stone, who is as charismatic as ever, and the sets, costumes and make-up are also a marvel for the eyes.

And the ending is a real success (stay after the credits).

The soundtrack, (the must!) that we will remember, is composed by Nicholas Britell, composer of Don’t Look Up, directed by Adam McKay (Vice)  a comedy-drama that will be released this year on Netflix, with a great cast since there will be Jennifer Lawrence and Leonardo Di Caprio, Cate Blanchett, Chris Evans, Meryl Streep, Ariana Grande, Jonah Hill…

In theaters and on Disney Plus 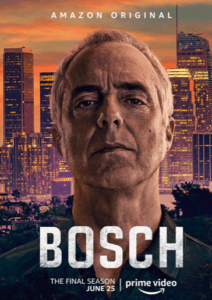 A ten-year-old child dies in an arson attack, and Harry Bosch will, as usual, do everything he can to see justice done.

Marlo faces the demons of her past, Lieutenant Grace fights against homophobes within the police force and Madison questions her life choices. Chief Irving is ready to compromise everything to keep his power…

This time, the story is based on the novel by Mariachi Plaza (The Burning Room, 2014) and the real story that inspired Michael Connelly for this book.

As usual, the series is well done, the characters evolve over the course of the investigation and show the different facets of their personalities.

The duos Johnson (Troy Evans) and Detective M (Scott Cummins) always work wonderfully and the dialogues between them are always so funny.

The strength of this series is that it is served by actresses and actors who are used to the detective story, and who obviously have it in their blood.

Titus Welliver, Jamie Hector, Amy Aquino, Madison Lindtz and Lance Reddick (The Wire) have all played regularly in detective series and it is felt.

A playlist is available here.

Still In your  theaters :

The eyes of Tammy Faye, by Michael Showalter, with Jessica Chastain & Kelly Carmichael,

What happened on board the Dubai-Paris flight before it crashed in the Alps? Mathieu Vasseur, a technician at the BEA, the authority in charge of safety investigations in civil aviation, is promoted to chief investigator on an unprecedented air disaster. 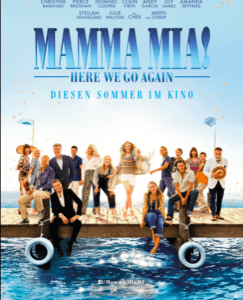 Canal Plus: nouvelle série: Made for Love 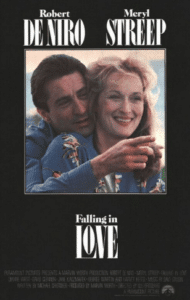 Made for Love, on July 1st, by Alissa Nutting et Dean Bakopoulos with Cristin Milioti (Wall Street’s Wolf, How I Met Your Mother, Palm Springs)

The shrink next door, November 12

The Shrink Next Door is an upcoming American black comedy miniseries based on Joe Nocera’s podcast of the same name.