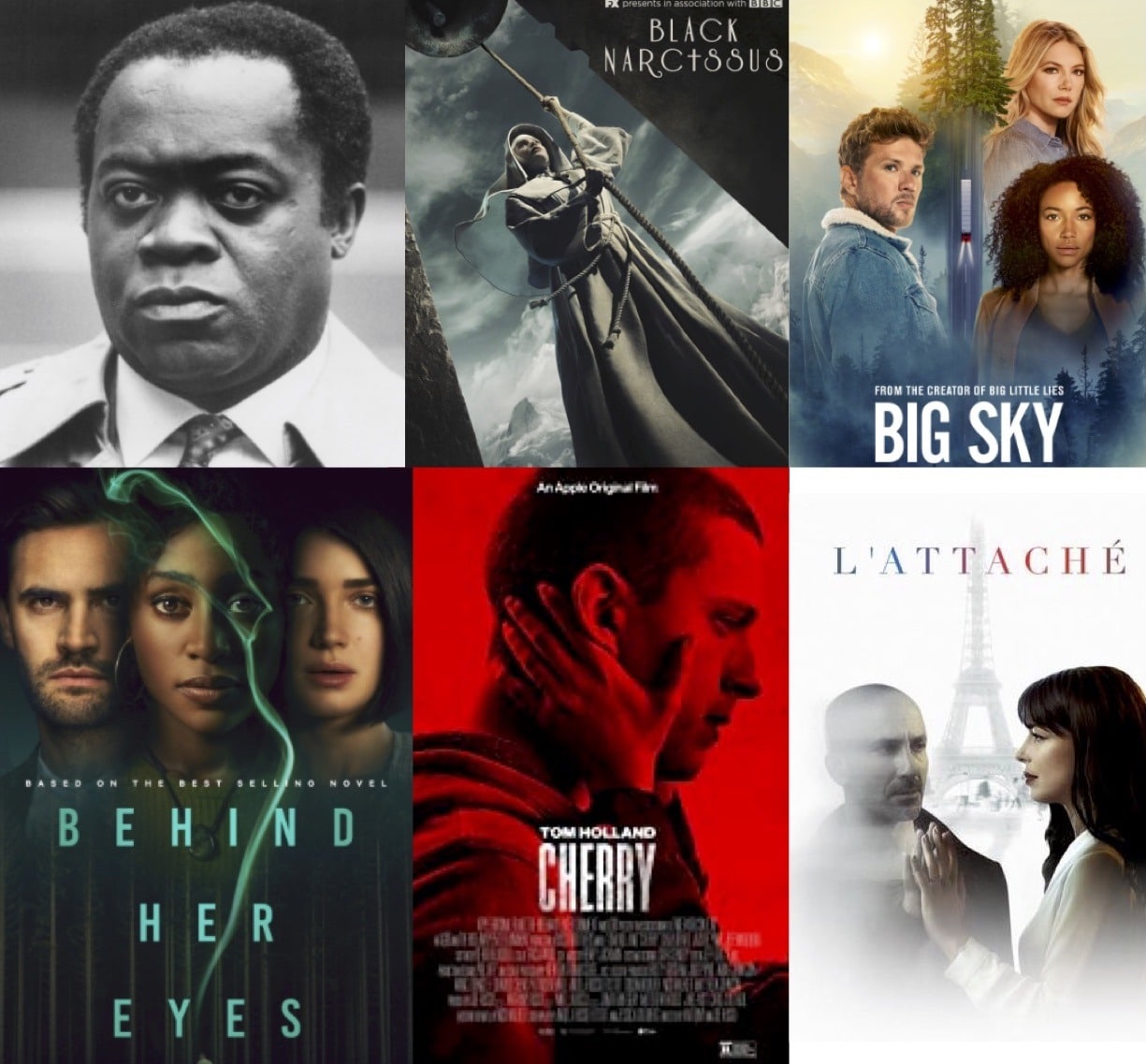 Where to Stream ‘Nomadland,’ ‘Minari’ and More 2021 Oscar Nominees – The New York Times

The international documentary film festival proposes a specific and federative form on CANALRÉEL. A new dematerialized festival experience, with live and simultaneous films, debates and meetings every day.

Cherry meets Emily in high school and falls in love with her immediately.

Both live in extreme loneliness. They are inhabited by a sadness and an already disillusioned look on the world.

Emily, frightened by her love for him, decides to leave him to live in Montreal. While she decides to stay, Cherry, desperate, has joined the Marines.

I hesitated before embarking on this two hour and twenty minute film.

If I didn’t know better, I would never have guessed that a film of such poetry could be made by two Marvel directors.

The effects are simple and striking. Slow motion, blurs, red filter, close-ups, freeze-frames and Henry Jackman’s music give rhythm to the score of this film.

Anti-army and anti-drugs, the directors denounce the uselessness of the war and the lack of follow-up of the young people left at the front whose post-traumatic and depressive syndromes are cured with Xanax and Oxycotin.

Emily and Cherry let themselves be carried away by their desires, desire to escape, desire to die and desire to love.

The character of Cherry played by Tom Holland reminded me of the one played by Eminem in Eight Miles (in his own role) the same rage and anger against injustice inhabit them.

And the love story between the two characters is beautiful. The two actors Tom Holland and Ciara Bravo inhabit their characters. And we leave them with regret.

Cherry is an epic, a beautiful and moving film. The voiceover is like a long poem from beginning to end.

TO WATCH NOW ON APPLE TV

Mother Superior Dorothea, played by Diana Riggs, sends Sister Superior Clodagh (Gemma Arterton) to establish a dispensary in the Himalayan palace of Mopu, a former harem in the foothills of the Himalayas.

But the Palace is preceded by a very bad reputation. In addition to its former function, successive dramas have occurred there.

And the sisters, convinced that their faith will be enough, decide to move there. Dean (Alessandro Nivola), a British agent, arrogant and solitary, settled in the area for a long time is supposed to help them to settle down.

Sister Superior Clodagh tries to keep a distance from everyone. Sister Ruth, on the other hand, leaves her work, fascinated by the palace.

New adaptation of the novel, we also remember the film by Michael Powell and Emeric Pressburger, released in 1947, with Deborah Kerr, filmed in Nepal over three episodes, Black Narcissus is bewitching.

If you’re in the mood for escape, this is the series to see.

Located between heaven and earth, the roof of the world is the place of Hindu and Buddhist religions and the sisters have a hard time convincing the Nepalese of the benefits of their mission.

Mysticism is at its peak in this haunted palace where the wind and the climate make their daily life even more difficult. The presence of Dean adds to the sisters’ trouble, the only man in the region.

But the series is not sexist or stupidly romantic (we are not in The Thorn Birds although I liked the novel).

It is mostly about desire, faith, loneliness and renunciation. Rejection of desire, of one’s own, of the other, of others, and refusal to accept reality which inevitably leads to drama.

This series very polished and brilliantly interpreted by Gemma Arterton, Karen Bryson, Gina McKee, Jim Broadbent and Diana Rigg, (the actress died in 2020, the series is dedicated to her) is to be seen at the moment on Disney Plus.

TO BE SEEN ON DISNEY PLUS.

If you’re in the mood to be scared and you like thrillers, Disney Plus is the place to be right now. Who would have guess ?

Danielle, aged 18,  drives across the United States to join her boyfriend Justin in the small town of Big Sky, Montana. She is accompanied by her sister Grace, aged 16.

As it gets dark, they stall.

During the night, Justin is worried. He calls his mother, Jenny, an ex-cop who runs a private detective agency with her friend Cassie.

The women start their investigation. And the two girls are not the only missing women in the area.

The creator of the series, David E. Kelley, is one of the most prolific writers in Hollywood. He wrote The Undoing and Big Little Lies.

Well edited, Big Sky is an adaptation of the novel written by C.J. Box, The Highway. It takes place in the countryside unlike the other series, more urban, but still under the background of gossip and psychosis.

Very well directed, creepy as you wish (five episodes are available, and there are sixteen in all), good and evil clash throughout, madness is always present.

There is something Hitchcokian in this series, I do not reveal more you will certainly discover.

The actresses and all the actors are remarkable.

John Carroll Lynch, his look and his smile will certainly prevent you from sleeping. Seen in Zodiac, Shutter Island and The Trial of Chicago 7 (film nominated to the Oscars), he knows how to transmit all the emotions and does not deprive himself of it.

A mention for the young actress Jade Pettyjohn seen this year in Little Fires Everywhere. 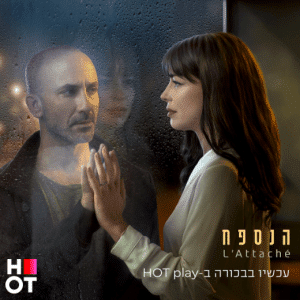 Avshalom, an Israeli musician who is beginning to have some notoriety follows his wife Annabelle in Paris who becomes an attaché at the Israeli embassy. He arrives in Paris with his son on the day of November 13, 2015…

The mix of the two languages (French and Hebrew) in the acting of the French actors does not always work.

But we want to know what will become of Avshalom,  the wandering of this man, who has a need for fame and recognition and who finally finds himself anonymous, lost, in search of identity in a city and a country he does not know. 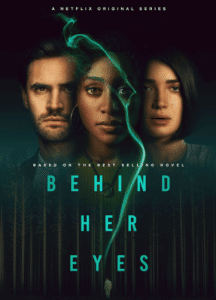 Louise is a young single mother of a little boy. One evening she has a date in a bar with a friend. Her friend doesn’t show up, but she falls in love with a dark-haired, smiling man who kisses her and runs away.

The next day, when she goes to work, she discovers that the new psychiatrist David Ferguson is the man she met the day before and that he is …married.

So far, nothing very original, except that while accompanying her son to school, Louise accidentally meets his wife Adele. They have a coffee together and have one thing in common, they both have night terrors.

This well-acted six-episode mini-series takes us on a journey of love, sex and madness.

The first few episodes have a hard time getting started but it is worth watching because of its originality, if not in the treatment then at least in the story. Eve Hewson and Simona Brown lead us by the nose and we absolutely do not expect the end!

To be seen now on Netflix.

In VOD on Prime US

A movie on salsa : Strictly Salsa, The Beginning, by Taraq Qureshi. A story of friendship and dance on an island

The Mauritanian, by Kevin Macdonald (director of Life in a Day on Youtube), with Jodie Foster & Tahar Rahim ( Golden Globes nomination this year).

Here are the young men, by Eoin Macken, with Anya Taylor-Joy,  (The Queen’s Gambit), Travis Fimmel.

In the Heights, from  Lin-Manuel Miranda and director Jon M. Chu

A book on Jean-Pierre Melville

Interview (Audio): Mickey Fisher. A podcast conversation with the creator by Scott Myers

Five Books I Have Read Ten Times. Are They That Good? by Douglas Perkins

The Business of Screenwriting: They will pigeonhole you (and why this can be a good thing)  by Scot 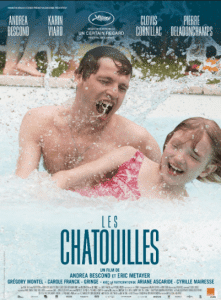 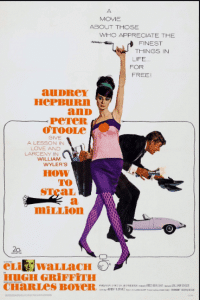 After The Wedding, by Susanne Bier with Mads Mikkelsen

Paper Lives, by Can Ulkay

The Irregulars, by Tom Bidwel, as from March 26.

Without remorse, by Stefano Sollima, with Michael B. Jordan (April 30)

Let them talk, by Steven Soderbergh, with Meryl Streep, in April

Losing Alice by Sigal Ivan, with Ayelet Zurer (listen to the French podcast Falafel Cinema on Ayelet Zurer): the story of two women who would do anything to do a movie.

The Mosquito Coast, adapted from the novel written by Paul Theroux, as from April 30,  by Neil Cross & Tom Bissel, with Justin Theroux & Mélissa George.

To keep on reading :