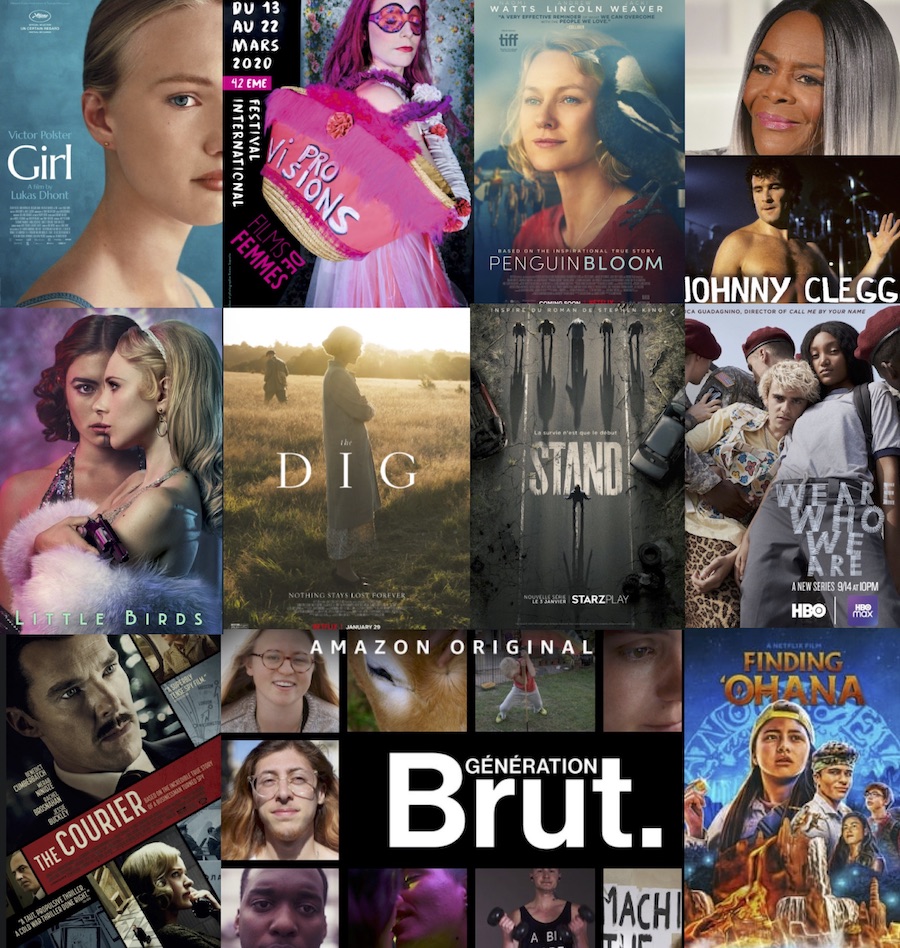 Films and series about our fears

This week, your films and series about our fears  to watch safely home.

Tasya Vos is an agent in a secret organization using neurological technology to inhabit the body of any person, and to incite them to commit assassinations for the benefit of very wealthy clients. But things will get complicated for Tasya when she finds herself trapped in the body of an unwitting suspect whose appetite for murder and violence far exceeds her own.

On February 1, France Télévisions launches an ephemeral channel to broadcast concerts, plays and documentaries. An initiative hailed by the sector, but far from being satisfied with it. To be seen on channel 19.

At the call of director Kevin Macdonald and producer Ridley Scott, people from around the world filmed their day on July 25, 2020 and sent in their contributions for a documentary.

Ten years ago, Ridley Scott and Kevin Macdonald directed a documentary, Life in a Day. The idea: to paint a portrait of a day like any other on Earth, by putting together extracts from videos shot by tens of thousands of anonymous people around the world.

They are re-releasing the concept with Life in a Day 2020, presented on Monday, February 1 at the Sundance Independent Film Festival (USA), and which will be available in streaming on February 6 on YouTube.

Kevin Macdonald, Oscar winner for his documentary Un jour en septembre and director of The Last King of Scotland, had agreed to take over the concept of Life in a Day

Decipher an excerpt from Satoshi Kon’s animated film! The opportunity to come back to a major author who, with this film released at the end of the 90s and since become cult, had changed the international perception of Japanese animation.

Can you love Jim Carrey and the cinema? Adrien Dénouette analyzes a sequence from one of the craziest films by Jim Carrey, star of the subversive comedy of the 1990s.

Paris, summer 1960: Edgar Morin and Jean Rouch, sociologist and filmmaker, undertake an experiment in cinéma-vérité, by questioning Parisians about their lives, their points of view, their aspirations. A portrait of French society against the backdrop of the Algerian war.

YOUR FILMS AND SERIES ABOUT FEARS 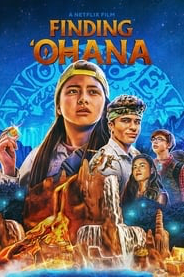 Pili and her older brother Ioane go with their mother to Hawaii to the hometown of Oahu to care for their sick grandfather.

Upon learning that he is in debt, his mother decides that they will stay in Hawaii.

But Pili discovers a book containing a treasure map. She sets out to find it so that she can return to New York…

This family comedy set in an idyllic setting reminded me of The Goonies by emphasizing the family and the Hawaiian traditions that we discover for our greatest happiness. 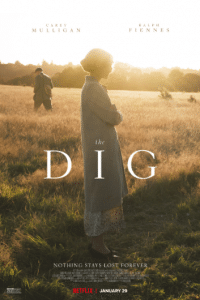 The Dig is adapted from the eponymous novel by John Preston, which tells the discovery of the Sutton Hoo site.

Basil Brown, played by Ralph Fiennes, is an excavator, he’s been digging since he was a child because it’s a job he inherited but he’s got it in him, he likes it. Discovering the past allows future generations to better understand the present.

Edith Pretty, played by Carey Mulligan, is a rich widow who first looked after her father before marrying the man who was going to die in the war. Mother of a young boy, she has heart problems. She also loves one thing: digging and finding out what’s buried in the ground. But her father didn’t want her to study archaeology. She discovers strange shapes on her land and asks an excavator to come and dig.

Basil Brown meets Edith and they both love one thing: the past. Edith has only one fear, to die, because she doesn’t want to leave her son an orphan. Basil Brown is afraid of being forgotten.

Indeed, his discovery of the funeral ship is now in the hands of the archaeologist, who has only contempt for Basil Brown “simple” excavator.

He demands that the discovery go to the British Museum.

A historic issue for England, which is about to enter the war, ensues.

Wide shots, a little leaning Terrence Malick style, colors of sky and beautiful landscapes, and the meeting of two lonely people (even if Basil Brown is married, he rarely sees his wife) imbued with the importance of memory, remembrance and transmission make The Dig a very great film.

It’s about telling a “little” story in the Big Story, the actors are very good and Mike Eley’s photography takes us into stunning landscapes that I would have loved to discover in the cinema.

With Ralph Fiennes, and Carey Mulligan. 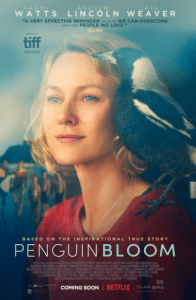 Adapted from the eponymous novel written by Cameron Bloom and Bradley Trevor Greive.

Sam is married to Cameron, played by Andrew Lincoln, and the mother of three boys.

While on vacation in Thailand, a railing collapses and Sam becomes a paraplegic.

Passionate about surfing and the sea, she spends her days secluded in her room contemplating the lighthouse where she used to go with her sons, the sea where she surfs.

But one morning, Noah, her son, finds a wounded magpie and brings it home. As it is black and white, he calls it Pinguin.

During the day, when the house is empty and Sam drags her sadness and despair with her, the wounded magpie won’t leave her alone.

You can guess what happens next. The magpie gives Sam back his zest for life.

If the direction is classic, Naomi Watts’ performance is sensational.

Her role reminds us of the one she had in The Impossible by J.A. Bayona (a sensational film about the post-tsunami in Thailand that I absolutely recommend).

On the theme of resilience you can also see Soul Surfer on the story of Bethany Hamilton who lost her arm during a shark attack and now world champion.

With the magpie (the real Sam Bloom) 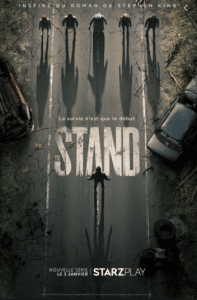 The Stand is adapted from the novel by Stephen King,

As a result of an error in a top-secret American laboratory, a virus is released and decimates the majority of the world’s population.

People start coughing (doesn’t that remind you of anything? ) and die within a few hours…

Survivors try to find themselves with the help of an old woman they see in their dreams.

But a faceless man prowls around, endowed with strange evil powers.

To see if we like the world of Stephen King of course, who also directed the script. The adaptation is therefore faithful to the novel.

Stephen King wrote this novel influenced he said by the Patty Hearst affair and The Earth Remains, novel by George R. Stewart, as well as The Lord of the Rings, 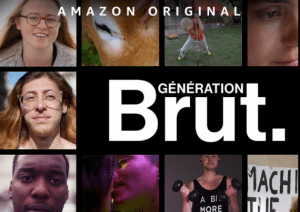 Produced by the media Brut, five episodes focus on the 15-30 year old generation, the millenials.

This generation is undoubtedly the most committed generation since the 1970s.

And unique, they are very young. My daughter, Judith,  became a vegetarian at twelve, vegan at thirteen, and she is the most committed person I have ever met.

She demonstrates to change mentalities: on the actions to be implemented to fight against global warming, fights for women’s rights, against racism, grossophobia, and self-esteem. And at seventeen years old she understood things that few adults have understood.

Nourished by video, not just Brut, this generation is much more mature than we were at the same age and much more sensitive to everything around us.

That’s what Generation Brut captured in its five-episode documentary on Amazon Prime with the following themes: NATURE, VEGANE, LOVES, TRANS and FEMINISTS 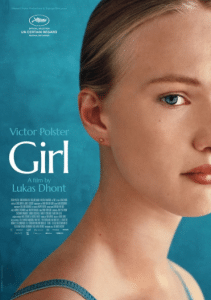 The movie is about the suffering of teenager, born a man, named Lara. Her dream is to become a prima ballerina.

Lara wants to become a complete woman, at any cost. She lives with her father, Mathias and her little brother who’s  six years old, Milo.

Lucas Dhont put us in her everyday reality and the camera sticks with Lara, her pain, her suffering and her joy.

We have the feeling that we know her and want to confort her. The intimacy is strenghened by the photography of Franck Van Eeden.

The actor is fabulous and was awarded in Cannes of the Camera d’Or Prize in 2018.

To be seen on Arte

2. YOUR MOVIES AND SERIES TO COME

Sponge on the run, by Tim Hill, with Keenu Reeves (score by Hans Zimmer !)

Honeydew, by  Devereux Milburn, with Sawyer Avery Spielberg (the son!)

Alice fades away, by Ryan Bliss

The Lady & the dale, documentary about Elisabeth Carmichael

Breaking & Exciting (Casse-Coeur), by Peter Facinelli, on all platforms, as from February 10th

10 (Painful) Lessons I’ve Learned Writing 3,000+ Articles Online Over The Past 7 Years | by Nicolas

4. YOUR WEEKLY PROGRAM (MOVIES AND SERIES) 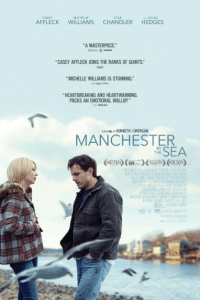 France 3 : Manchester by the sea: masterpiece !

In the late 1950s, a lonely boy discovers the power of imagination, love and humor… An adaptation of the autobiographical novel by André Heller, a famous Austrian actor, singer and artist. 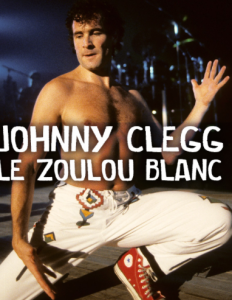 Don’t look up! Adam McKay will tell the story of two astronomers.

Pole Dance, as from February 5

To all the boys always and forever as from February 12

I care a lot, de J. Blakeson, avec Rosamund Pike, as from February 19

Claude Chabrol movies as from February 15

News of the world by Paul Greengrass, with Tom Hanks, as from February 10 : a western : the story of a postman who finds a little girl kidnapped by Indians and who will bring her home.

Ginny & Georgia, Gina, 15 years old, a mature teenager, and Georgia, her mother, a much more excited adult, moving to New England. As from February 24.

Moxie, by Amy Poehler, as from March 3rd

The Personal history of David Copperfield, by Armando Iannucci, with Dev Patel

The Lie, by Veena Sud

Film: The Vast of night, by Andrew Patterson

Palm Springs, as from February 12, by Max Barbakow

The map of tiny pretty things, as from February 12, by Ian Samuels

Rectify by Ray McKinnon, one of the favorite series quoted by Hagai Levi, creator of Be Tipul, The Affair & Our Boys

The Nest: to watch for Jude Law, annoying character but a movie a bit boring at the end.

Paris Police 1900, As from February 8 created by Fabien Nury

Radioactive by Marjane Satrapi, As from February 16

Judy  Judy Garland biopic by Rene Zellweger who won an Oscar, as from February 23rd

Your movies and series about fears to watch on