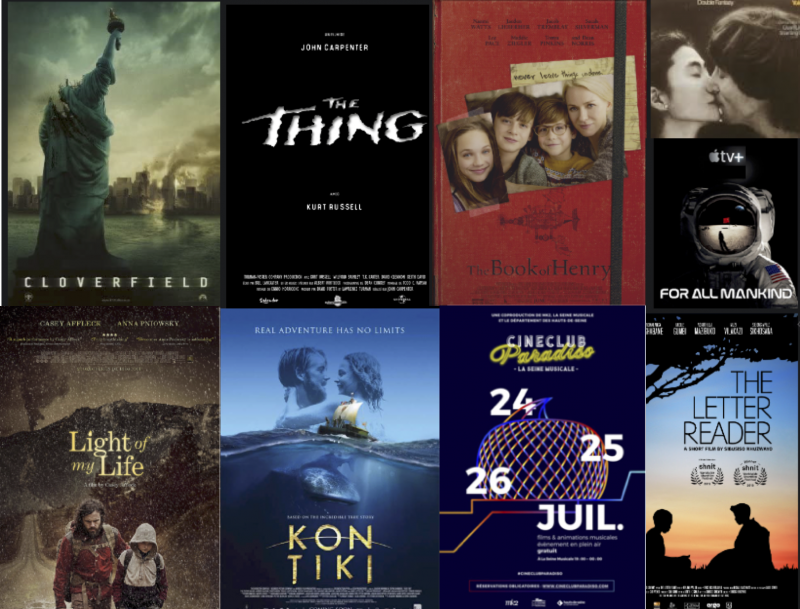 Every week, on the bilingual blog Movie in the air, I choose for you the best of national and international audiovisual news. Here are the new movies of the week, cult films and series to see or watch again in your movie theaters, on television and on your platforms.

Shoot your day of July 25th for a documentary project by Ridley Scott.

Released in 2008, I have missed this movie, which is cult today, produced by J.J. Abrams.

Manhattan. 30-year-old friends organize a surprise party for the departure of their friend, Robert- Rob- Hawkins, to Japan. One of them is in charge of filming the evening and collecting testimonials of friendship to offer him as a gift. Their friend arrives. A few minutes later the earth begins to shake. The skyscrapers fall one after the other. A monster devours the inhabitants of the city.

Between King Kong, Godzilla, this movie reminds us of the September 11th attack and is also a tribute to Planet of the Apes.

Filmed with the camera in hand throughout the film, as if it were by the actor filming the evening, the spectator goes into apnea and only comes out at the end. The staging of this film distinguishes it from the sequels that were made and which were much less successful.

The non-professional actors are gripping with truth and the director asks us : What is more important, to know the end of the story or that the characters come out of it? He keeps us on tenterhooks until the end.

Written by Bill Lancaster and directed by John Carpenter

Antarctica : A team of researchers find themselves trapped with an alien creature that devours living organisms by taking on their appearance. If the beast escapes, the entire planet is threatened. All are therefore condemned to remain confined to save humanity…

Directed by a master of the genre, John Carpenter, The Thing addresses the issues of difference, proximity and appearance.

The special effects seem obsolete today, but the editing, the script, and the actors – Kurt Russell – manage to take us on this adventure where fear mingles with paranoia.

Very badly received by the critics when it was released in movie theatres, and described as the worst film of all time according to Cinéfantastique magazine, its television and video broadcast made it cult.

John Carpenter remained faithful to the original work of Who goes there ? written in 1938 by John W Campbell and draws a parallel with Agatha Cristie’s, And Then there were none, 1939.

YOUR WEEKLY MOVIE AND SERIES 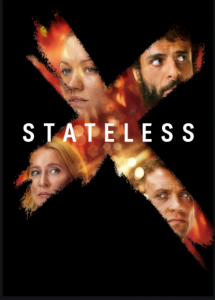 As Adù, and Styx, Stateless tackles the drama of the century, that of migrants. This series, co-created and produced by Cate Blanchett, the Australian actress denounces the detention conditions of migrants in Australia, sometimes locked up for years, and who have lost everything to come to a country that is the opposite of everything they dreamt of.

The story is based on a real-life case, the imprisonment of Cornelia Rau, an Australian woman mistakenly locked up in a refugee camp for several months and who witnessed the violent treatment of migrants.
This series shows us two categories of people: the poor, gullible and gullible, and the second category, those who take advantage of the situation and manipulate them.

Sofie is a stewardess. Gullible and fragile, she falls under the control of a couple, owner of a dance club and a sort of cult, played by Dominic West and Cate Blanchett. Little by little she finds herself completely lost, and terrified, denying even her own identity.
Thousands of miles away, a family of Afghans are trying to flee their country where the Taliban reigns to reach Australia…
A young father tries to improve his financial situation and gets hired as a supervisor in a migrant camp…
A young woman arrives at the migrant centre to take over the management of the centre…

The fate of these four characters confronts us with a terrible reality. The violence suffered in their host country sometimes destroys hope, but the rage to get out of it, if sometimes stronger, is unfortunately not always enough. Bureaucracy crushes individuals who have sometimes already lost family members. And very few make it through…. 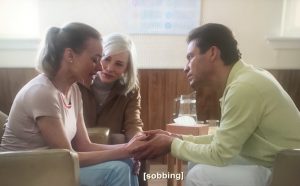 Yvonne Strahovski plays the troubled stewardess. I was so used to watch her playing Serena Waterford (a terrible role in The Handmaid’s Tale) that at first, I found it hard to empathize with her character. But once again the actress is exceptional.

Cate Blanchett and Dominic West play the manipulative couple to perfection. Fayssal Bazzi and Helena Sawires move us in the role of locked up migrants who have lost everything.

The image of the old man sitting in the camp with his suitcase and not moving for most of the film sums up the tragedy of this situation.

Today, the camps have been set up on islands around Australia. No one has access to them and cannot denounce their conditions of detention.

The Book of Henry 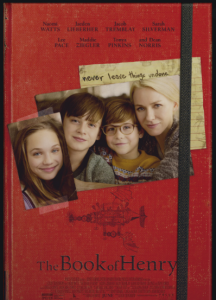 Susan is raising her two sons, Henry and Peter, alone. Henry, a precocious teenager, is in love with their neighbour, Cristina, a teenager who lives alone with her stepfather. One night, Henry realizes that he mistreats her. He decides to work out a plan to rescue her…

The difficulty of raising children as a single mother is beautifully portrayed by Naomi Watts.

Children confronted with violence, whether at school or in their own homes, sometimes come up against adult suspicion which sometimes prove to be destructive. The Book of Henry tells us about their fears and anxieties.

The children played by Jacob Trembley, Jaeden Lieberher and Maddie Ziegler form the trio in this brilliantly filmed drama directed by Colin Trevorrow.

10 most popular movies according to Forbes

THE ACTORS OF THE MOVIE INDUSTRY

Arte: The Killing (série)
M6 : This is Us
France 4 : Sherlok Holmes

Still on line on the platform:

A tribute to Ennio Morricone

On Henri, platform a free cult movie every day.

to watch on Netflix

Away with Hilary Swank and Josh Charles,directed Andrew Hinderaker (First episode on September 4th, 2020)
The story of Emma Green, an American astronaut, who was given the mission to go to Mars, and who has to leave her husband and her daughter.


Movies and series to watch on

The Vast of Night

No Man’s land : A series on Kurdish fighters in Syria produced by Arte, with Mélanie Thierry, planned for September.

Yakari, the movie trailer (out in a month)

Movie posters to watch at the BNF.

Wes Anderson,his next movie and The New Yorker

Netflix will do a 6th season of The Crown.

To watch now on the BBC, Normal People, adapted from the eponymous novel written by Sally Rooney.

Light of my Life, a movie directed and played by Casey Affleck, with Elisabeth Moss, which will go out on August 12th in The U.S.

We are who we are, next HBO series, directed by  Luca Guadagnino (Call me by your name):the story of two teenagers who live on a military camp.

From July 24th to 26th, MK2 and MK2+ invite you to (re)discover musical films that have marked the history of cinema, in exceptional screening conditions at La Seine Musicale. Register here.