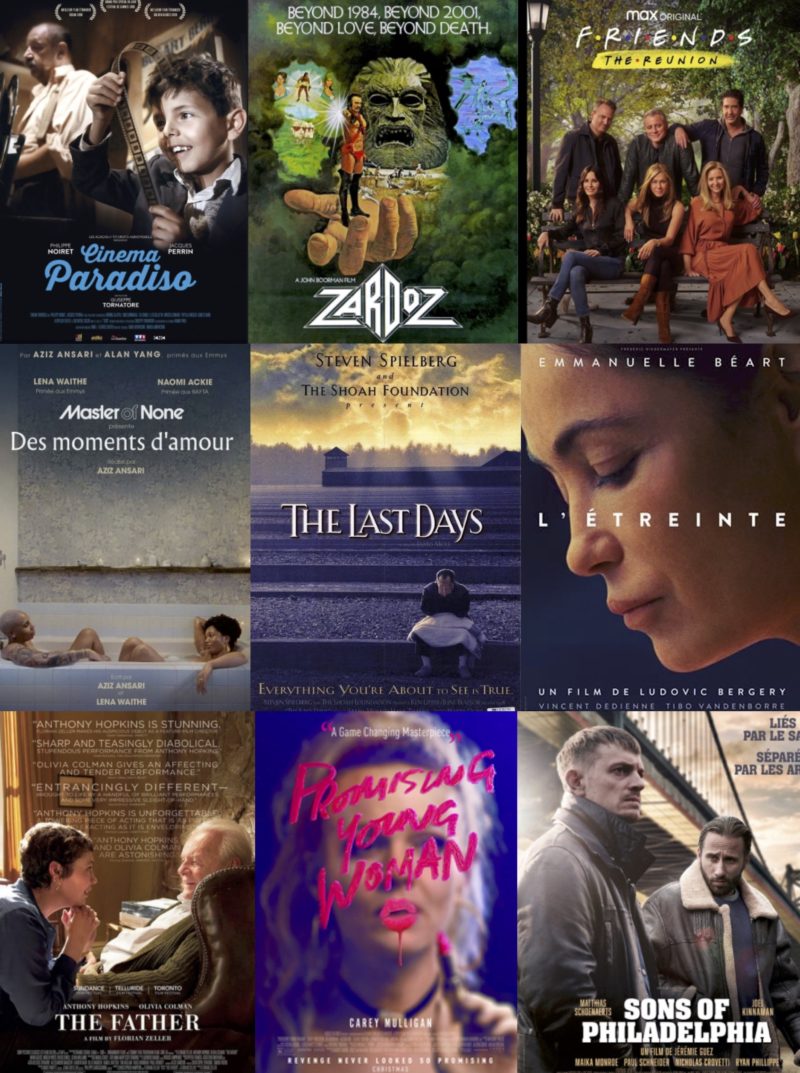 In movie theaters, your programs from May 26 to June 2nd

This week, in your movie theaters, many great films to watch !

Four films to watch in your movie theaters

and series to watch this week

Movie theaters have reopened. Your movie program: Programme in your movie theater on May 26th

With AFP While WarnerMedia and Discovery have just announced their merger to create a new giant of video streaming, Amazon intends to keep its place and is ready to put its hand in the pocket. The American giant would indeed be in talks with the Californian studio MGM, which holds a library of more than 4,000 films and 17,000 episodes of series, including the “James Bond” and “The Hobbit” franchises, in order to acquire it for no less than 9 billion dollars, according to several American media including The Information. The Wall Street Journal had already mentioned at the end of 2020 that the group was looking for a buyer.

This takeover could allow Prime Video to stand out from Netflix, Disney+ or HBO Max, which are struggling to keep their subscribers and attract an ever-growing audience. Amazon’s platform still has room to grow, unlike Netflix, which, after experiencing a golden pandemic, has seen the number of its subscribers stagnate. Faced with the hegemony of Netflix, which spent $17 billion on content in 2020, the competition is rebelling with the arrival of a new player born from the merger of WarnerMedia (HBO Max, CNN) and Discovery (Eurosport), which between them spend about $20 billion a year on content. For comparison, Prime Video has bet $11 billion in 2020 for its content against $19 billion for Disney+ in 2019.

Season 5 of La Casa de Papel is to be released in two parts. The Title is Money Heist, and the dates are September 3rd and December 3rd.

Friends actors gather for an special episode broadcast on HBO, Salto and on TF1, on May 27th.

Schweppes: The film, directed by Romain Chassaing and produced by SOLAB, is inspired by the codes of cinema and takes us through several stories. The short film first features what seems to be Italian mafiosi, then a chess tournament and finally the restaurant’s kitchens. A Latin music is added to this warm atmosphere, it is the iconic song I Like It Like That covered by Vanny Jordan.  (source : La réclame) 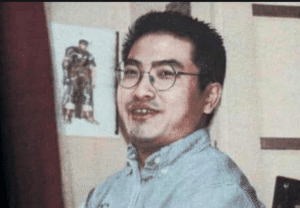 ALL YOU WANT TO KNOW THIS WEEK 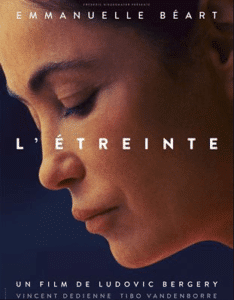 Margaux has lost her husband and is starting a new life. She moves into her sister’s house and enrolls at the university to study German literature. She meets a group of students, is attracted to her professor and is looking for love at any price.

Filmed with great modesty, Ludovic Bergery, an actor, and whose first film as a director, tells a modern love story. Margaux is looking for something she has lost, the love of a man, sensuality, to feel alive, whatever the cost.

In the streets, day and night, loneliness sticks to her skin.

Emmanuelle Béart is masterful and embodies to perfection this sad woman, in search of strong emotions, with Vincent Dedienne, always so right, in the role of Aurélien, her friend, also a little lost.

Served by a very beautiful photography (Martin Roux), L’Étreinte is in your movie theaters now. 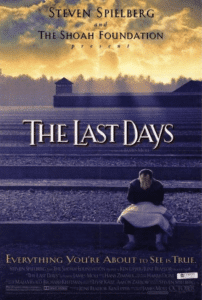 “The Last Days,” , by James Moll,  produced by Spielberg

One of them is Tom Lantos, who was to become a member of the California Congress from 1981 to 2008.

In late 1944, as the Germans were losing the war, Hungarian Jews were the last community to be exterminated by the Germans who focused their effort on the extermination of the Jews.

For an hour and a half that seems like an eternity, we listen to the stories of each individual, and each person has an extraordinary story to tell.

The horror is called the Shoah.

Not all of the men and women responsible for this abomination have been brought to justice, and we have, sadly, the example of one of them in this heartbreaking documentary.

The Last Days, was produced by Steve Spielberg by the Shoah Foundation, and won the Oscar for best documentary film in 1998. 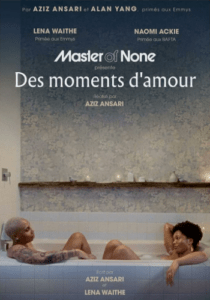 In the first two seasons, created by Aziz Ansari, his lead actor, Dev Shah’s life was a bit chaotic, both in terms of his desire to break through as an actor and his love life.

In this season, we find his best friend, Denise, a successful actress, in a relationship with Alicia, who is now an interior designer.

They live in the country in a beautiful house.

At first glance, everything is perfect, except that…

The title Moments in Love fits the series and the qualitative leap is impressive.

If there is humor, it is much lighter than in the other seasons.

This time it is about love, desires, desire for artistic and professional success, desire for children when you are a woman of more than thirty-five years and moreover homosexual (which complicates the possibility of having some because of the way the system is made), desire for a great couple.

The direction is sublime. Few words but chiseled, magnificent dialogues, reflections and scenes that remind us of some Woody Allen films.

Lena Waithe and Naomi Ackie are both magnificent.

This mini-series (in five épisodes), which can be seen without having seen the two previous ones, is committed, intimate, full of poetry, moving, until the end, which is also perfectly successful.

2. FOUR  FILMS TO WATCH IN YOUR MOVIE THEATERS

On May 26th in your movie theaters : 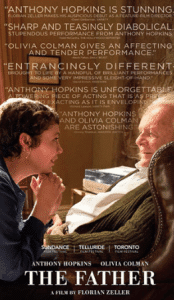 Anthony (Anthony Hopkins) is almost eighty and lives alone in his large London apartment. His daughter Anne (Olivia Colman) takes care of him as he rejects sick day after sick day. One day, she tells him that she has met a man and is moving to Paris…

THE MOVIE, THE PLAY

Like Richard Glatzer and Wash Westmoreland’s movie Still Alice and Amour by Michael Hanecke’s, The Father deals with Alzeihmer’s disease but from a totally different point of view.

It doesn’t take long to realize that we don’t understand anything because we are immersed in Anthony’s brain with all that this implies in terms of loss of memory, meaning and connection with the world.

This film is adapted from the play by Florian Zeller (whose plays are performed all over the world) who states in an interview with Le Monde:

“The complexity of my plays has the will to reach something very simple. He knows how to find a combination, like for a safe. I wish to put the spectator in an active position in order to solve himself what he does not understand at first sight. It’s a feeling I had when I saw David Lynch’s film Mulholland Drive: an incomplete narrative to get the viewer to find the meaning of the story himself.”

That’s exactly what it feels like to see The Father which won the Oscar for Best adapted screenplay.

Of course, the performance of Anthony Hopkins (and whose hero’s first name – Andre – has been changed) who is also called Anthony in the film is extraordinary. The actor of the film Silence of the Lambs (among others) is at the height of his art and the Academy has not been mistaken in awarding him this year the Oscar for Best Actor.  He is completely overwhelming. 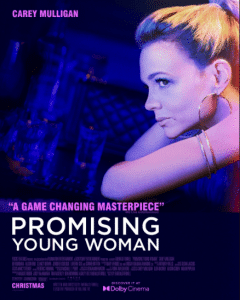 Cassie Thomas (Carey Mulligan) is a 30-year-old woman living in Ohio with her parents.

We learn that she dropped out of medical school years earlier after her best friend Nina Fisher was raped by their classmate Al Monroe and the school and legal system abandoned her. At night, Cassie goes out to clubs and feigns drunkenness to get a man to take her home. She waits for them to try to take advantage of her then reveals her sobriety and confronts them.

This role earned her an Oscar nomination for Best Actress this year.

The movie is about tape culture and Carey Mulligan embodies all the women victims from the men’s violence.

In the meantime she can be seen in a thriller series on Netflix,  Collateral (click to see the trailer), created by David Hare and directed by S.J. Clackson, already  broadcast in 2018 in England, in which she plays a police captain.

Voyagers, by Neil Burger, with Lili Rose-Depp and Colin Farrell

And on June 2nd in your movie theaters :

All my life, by Marc Angels

My Writing Workshop Schedule. Two online workshops this summer… my… | by Scott Myers | May, 2021 | G 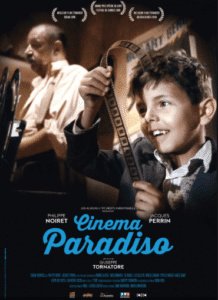 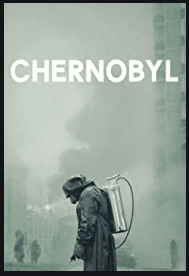 France 2 : The Shape of Water 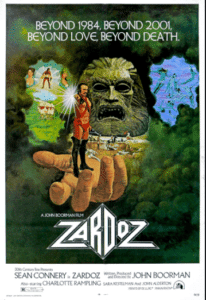 Chloe is a young gendarme appointed to Cayenne in French Guiana. Her teammate is Joseph Dialo, a native of French Guiana who is familiar with the culture and traditions of this territory. While Dialo is introducing Chloe to the specificities of this department, a metropolitan couple is found brutally murdered on a sailboat adrift on the Maroni River. Their 9 year old son has disappeared. Chloe and Dialo investigate. The only witness is a young Bushinengué.

Hit and run: A new series from “Fauda” star Lior Raz and his co-creator and co-writer Avi Issacharoff of “Times of Israel” : in May (date not given yet)

Blue miracle on May 27

The incredible true story of Casa Hogar, a Mexican home for boys whose team competed in the world’s largest fishing tournament to save their orphanage.

The Kominsky Method, on Friday, May 28

Without Alan Arkin, who left the show last year. And that’s a shame.

Ghost Lab: After witnessing a haunting in their hospital, two doctors become dangerously obsessed with obtaining scientific proof that ghosts exist. On May 26th.

Carnaval: After a breakup, an influencer takes her friends on a free trip to Bahia’s vibrant Carnival, where she learns life’s not just about social media likes. On June 2nd.

The Interpreter, by Sydney Pollack

Lisey’s Story, adapted from the novel by Stephen King. The story of a woman, recently widowed, who becomes the object of a stalker obsessed with her husband’s work.

Raya and The Last Dragon, on June 4th

Best series and films as from June 29th

Best series and films as from June 15th