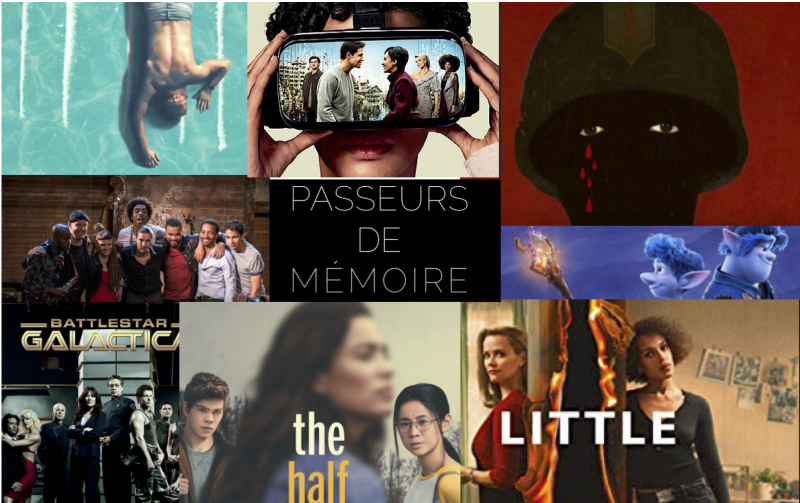 The best movies, series and documentaries to watch this week

After many hours spent binge-watching, I have found the best movies, series and documentaries to watch this week and in the next few days.

to watch this week

Spike Lee (director of BlackKklansman) has agreed to be the next President of the 2021 Cannes Film Festival. His next movie will be released on Netflix on June 12th. The title is Da 5 Bloods.

The story is about four Afro-American veterans who return to Vietnam in search of treasure and the body of their unit leader.
With : Chadwick Boseman, Jean Reno, Delroy Lindo, Jonathan Majors and Paul Walter Hauser will play the lead roles, along with Clarke Peters, Isiah Whitlock Jr., Norm Lewis, Melanie Thierry and Jasper Pääkkönen.

The Eddy (Damien Chazelle), screenplay by Jack Thorn.
Maybe I expected too much from Damien Chazelle, director of Whiplash, La la Land and First Man. Paternity, jazz, persistence, risking everything to become successful, the difficulty to communicate to each other, all Damien Chazelle’ universe was here.

Despite the music – professional musician are playing jazz live in the series-, the story is weird and complicated and we have no feelings for the actors despite their performance. But there are some good moments, which are mostly when the band is playing.

If you write a great script

The movie that made me realized I liked men

Go into the story resource interview

Wednesday 13th
Arte : Faute d’amour then Snow Therapy
Canal+ : For Sama (nominated at the Oscar for best documentary this year)

4. The best films series and documentaries

to watch on your platforms

White Lines, May 15th: created by the show runner of La Casa de Papel, Alex Pina, but in English this time, the story of a woman who investigates on her brother missing on the island of Ibiza.
With Laura Haddock, Nuno Lopes, Marta Milans

The Half of it: written and directed by Alice Wu – With Leah Levis, Daniel Diemer, Alexis Lemire

A very poetic comedy I watched with my daughters: the story of an introverted teenager who lives with her father and is in search of herself (96% on Rotten Tomatoes)

Battlestar Galactica comes back on Amazon Prime, one of the best series ever.

Ramy (Vod on Canal+): the story of an Egypt-American who struggles to live as a muslim in New Jersey

Little Fires everywhere on May 22nd:adapted from the book by Celeste Ng and developed on screen by Liz Tigelaar. The story about two different women, who lives in the American suburbs (like Desperate housewives), and tackle secrets, maternity and racism. With Reese Witherspoon and Kerry Washington.

The upload : now : in 2033, everyone is able to upload his or her data after death. Nathan, meets his “angel”, Nora, who watches after him from a platform…

I know this much true (series) on OCS
The story of twins, whom one is paranoid and schizophrenic, created by Derek Cianfrance and played by Mark Ruffalo, .

Elle Fanning in The great (Hulu), the story of Catherine The Great in Russia.

Passeurs de mémoire by Constance Bouché and Luis Delgado, produced by INSEP with the Lycée Marcelin Berthelot of Saint-Maur and the support of Saint-Maur-des-Fossés city and the Mémorial de la Shoah. We follow Pascale Morel, a history teacher, whose work is both related to history and memory, and who takes the INSEP students to Auschwitz.  During this year of strong personal investment, between international competitions and school deadlines, at the age of 17 and 18, INSEP’s elite athletes travel to Auschwitz to become witnesses to the history of the Shoah.

The Old Guard to come in July 10th  on Netflix by Gina Prince-Bythewood with Charlize Theron, and Matthias Schoenaerts. Adapted from the comics, a super hero story about immortal mercenaries able to heal any wound.

And Remember that Arte is on Cannes Film Festival now !

The seven reasons why I watched Mad Men (again)

By Rotten Tomatoes, Fresh movies you can watch for free online

The Peabody award nomination regarding HBO: 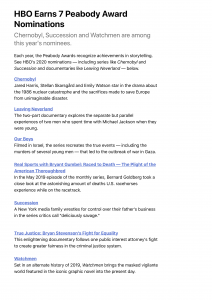 In the next radio program, Laurent Valière will broadcast a special Stephen Sondheim (France Musique, Sunday from 1.PM to 2 P.M)