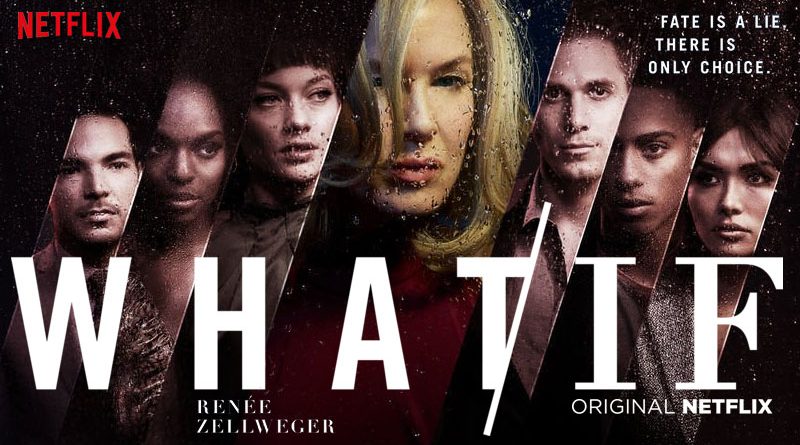 Bridget Jones has changed. Unrecognizable in the series What If, Renée Zellweger plays a very different part. In What if, inspired by Indecent proposal » directed by Adrian Lyne, an early 90’s movie, with Demi Moore, Robert Redford and Woody Harrelson, she plays Anne Montgomery, a terrible and very rich business woman.

« Everything happens for a reason… but what if ? »

Lisa and Sean are a happily married couple. But what if ?

Lisa, young and idealistic scientist looks for financial backing to start her own medical start up. Sean works both as a rescue worker and is a bartender in a luxury hotel. One night, Anne Montgomery approaches him at the bar. Sean talks about his wife project.

Interested by Lisa’s work, Anne Montgomery suggests a meeting with both of them. Then, she offered Lisa a total financial support for her company in exchange of a night with her husband and without asking question about it.
They both take the deal… 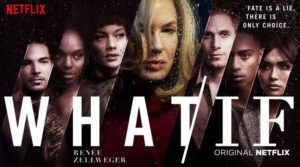 Written by Mike Kelley, screenwriter and director (Revenge, The Scott brothers), this series, a bit flat at the beginning, becomes progressively complex and turns into a good Dickensien thriller. The secondary characters find their place in this story where everyone has to face his own past and hard choice.

Renée Zellweger on-screen presence is mainly why this series is good. Some episodes are- as ususal- better than others.