Movies and series to watch this week

Movies and series to watch this week:

Lots of news this week, especially the return to the cinema theaters, and some announced film releases !

Movies which will come out on June 22nd : here

The online Champs Elysées Film Festival has begun.  We are One World Film Festival is over but you can still watch some films, masterclasses, online short films and more… here.

SERIES OF THE WEEK

It seems like everything’s working upside down. We’re following the missions of an Israeli Special Forces unit, Mista’arvim.

FAUDA Season 3 has been on Yes Action Channel since December 2019.

This time, Doron, the hero of the series (Lior Raz) is hidden in the West Bank and coaches a boxer in a club belonging to a Hamas member, whom he becomes friend with. It gets out of hand… Then, Doron and his team find themselves in Gaza, alone on the field…

The screenwriters did not spare the Israelis nor the Palestinians.

Doron says that he and his teammate are wild animals, who, once launched, don’t give up and go all the way to the end of their mission, whatever the price they have to pay. Doron’s team is made up of men who are totally devoted to each other, broken, in search of love, while the women pay a heavy price for their mistakes.

The creators of this series tackle the universal themes of fatherhood, the traumas that are transmitted from one generation to another, as well as the themes of expectation and confinement. We get a glimpse of Israeli society, so complex that it generates the best series (read my article on series here), dominated by men, where women struggle to find their place.

Finally, this series shows the absurdity of this conflict. The characters and their paths seem all forecast, caught in a rising violence that never stops.
And if what is at stake is on the territorial surface, we become aware that it is also about money. What would the men do if they stopped going to the army? What would the terrorists do if they were concerned about building their country. ?.. It seems that every politician has something to benefit from, alas…

One actor interviewed by a kurdish television channel

To read to know more, interview of Leititia Edie

THE MOVIE OF THE WEEK

Out in 1989, these three Oscars movies (best director, best original script and best supporting actor, Martin Landau), by Woody Allen precedes his change of directing, long before Match Point which came out in 2005.

The pitch
Judah Rosenthal – a perfect name 🙂 – (played by Martin Landau) is being blackmailed by his mistress, meanwhile another man, Cliff Stern, (Woody Allen) is bored in his marriage… The stories mingle and the characters are seeking for a meaning of live and afraid to be confronted with loneliness.

Woody Allen asks us: do moral choices define us ? Will we pay the price for our immoral acts?

Both related to philosophy and crime stories, in reference to Crime et Châtiment by Dostoievski, this movie beautifully interpreted takes a subtle look at the meaning of life.

According to Woody Allen, life is absurd, and only love gives it meaning.

On that matter, Fauda and Crimes and Misdemeanors are very much alike.

Lessons of movies at the Forum des Images

A masterclass with James Gray

A documentary about Rocky

Cinema Paradiso: a tribute to movies

How casting can fight against discrimination

Why to watch The birdcage ?

Arte: 21 nuits avec Pattie : a comedy by the brothers Larrieu with Karin Viard.

A comedy about cook by Ted Kotchieff, with Philippe Noiret and Jacqueline Bisset: La Grande Cuisine

Le festin de Babette, out in 1987, by Gabriel Axel, with Stéphane Audran.

Auguste Escoffier, the birth of gastronomy.

A podcast on Bollywood music

To come on Friday by Spike Lee : DA 5 BLOODS

Movies and series this week

Timmy Failure, mistakes were made, by Tom McCarthy

I may  destroy you.

Birds of Prey, with Margot Robbie

Jane B by Agnès Varda (to watch also on Youtube) 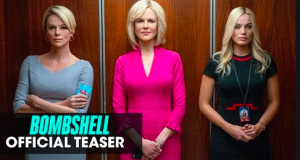 This year, the festivals go digital.

The Champs Élysées Film Festival did its opening with the screening of Jumbo, the story of a young woman who fells in love with a carousel, first movie of Zoé Wittock, selected at the Berlin and the Sundance festivals.

Also: masterclass (today 6PM Stephen Frears, and a documentary by Davy Rothbart , 17 Blocks, as from June 10th (1500 on line seats) who followed during twenty years an Afro-American family who lives in a violent neighbourhood of Washington DC.

The first movie festival that will go live will take place in Marseille. It is the 31e édition of  FID Marseille, as from July 6th to July 10th.

And The Deauville Film Festival will go on from September 4th till September 13th….