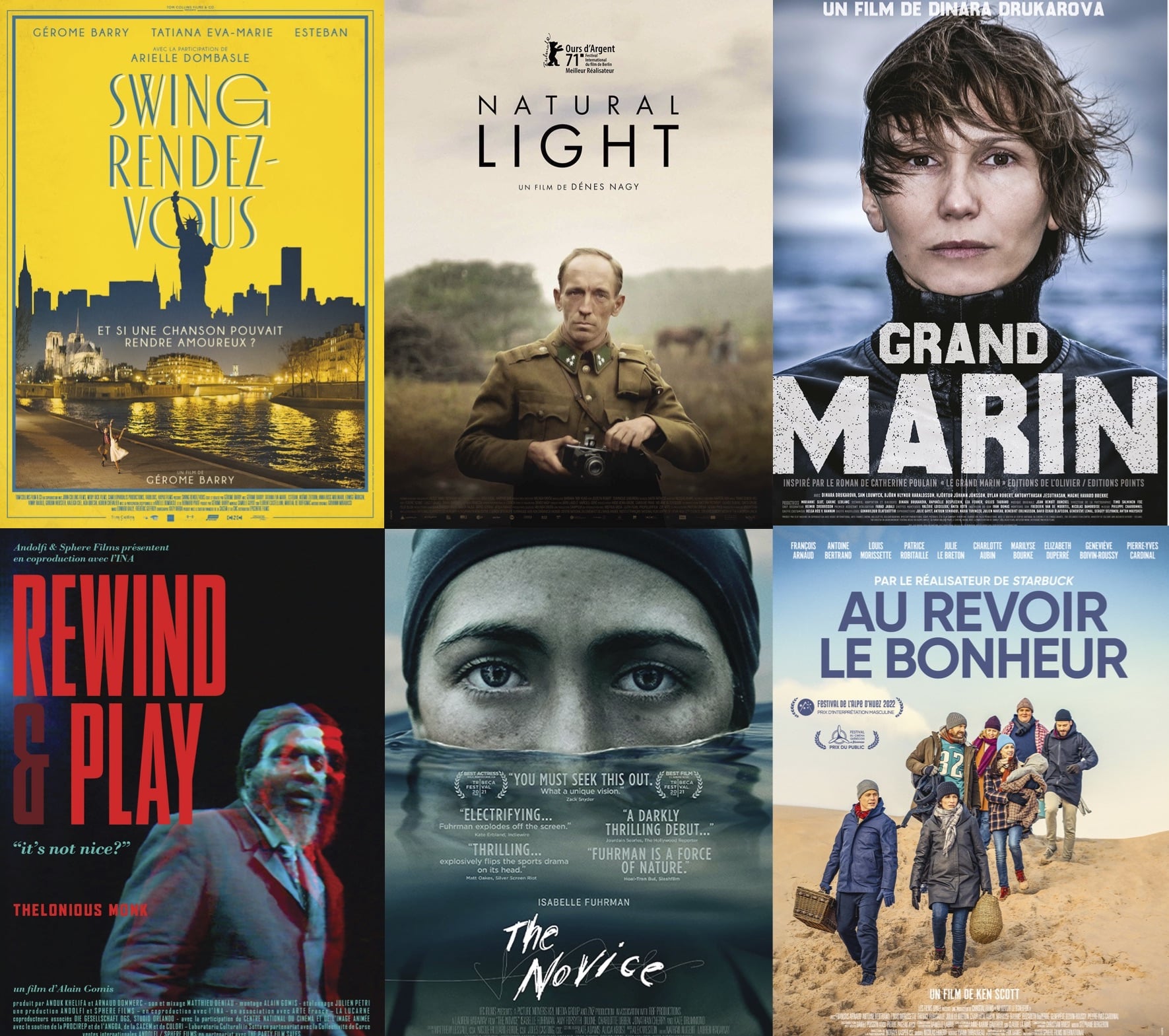 Films as from January 11th

All films as from of January 11th.

Inside, by Vasilis Katsoupis with Willem Dafoe

2023 most expected films and series

Lili has left everything behind to go to the end of the world to realize her dream: fishing in the northern seas.  She persuades Ian, a trawler captain, to give her a chance and embarks on the Rebel. Lonely and elusive, the one nicknamed “Sparrow” is the only woman on the crew.

Somewhere in northern France, Juliette grows up alone with her father, Raphaël, a soldier who survived the First World War. One summer, the young girl meets a magician who promises that scarlet veils will one day take her away from her village.

Alex Dall, a lonely girl consumed by a need to succeed, decides to join her university’s rowing club. As soon as she arrives, she wants to join the best crew by any means necessary, including going beyond her own physical and mental limits even if it means alienating her teammates.

After violently assaulting her mother, Margaret, 35, must submit to a strict restraining order while awaiting trial: she is not allowed to contact her mother for three months, nor to come within 100 meters of the family home.

At their father’s funeral, four brothers who have nothing in common promise to put their differences aside to pay their last respects. Accompanied by their wives and numerous children, they go to the family summer house to say their last goodbyes…

Théodore, a shy young Parisian, discovers the existence of a song with supernatural powers, an old jazz standard from the 1920s that acts as a love elixir on the person who hears it. Wishing to charm Amandine, whom he believes to be the woman of his life, Theodore sets out to find the score.

Alain Gomis found previously unseen footage of a French television show with the genius pianist and composer Thelonious Monk in 1969. From these rushes, he reconstructs a film showing an invisible Monk, who struggles in his own way against the stereotypes that have developed around him.

1943, the Soviet Union is under German occupation. Semetka, a Hungarian peasant, is enlisted as a second lieutenant in a special unit that tracks down Russian partisan groups. On the way to an isolated village, his company comes across the enemy.

Walter Murch and The Rule of Six. When this notable figure in cinema…  by Scott Myers

FILMS PROGRAM AS FROM JANUARY 11TH

Arte : Du sang sur la forêt, Torsten C. Fischer : A private detective who was able to leave Soviet Romania for West Germany in the 1980s is asked to return to his homeland to investigate a missing person case. An ecological thriller and a moving journey.

Ida Lupino was a star actress, dear to Raoul Walsh who gave her her most beautiful roles, and the most prolific director that Hollywood has known after the war. In four films and a documentary, a tribute to an avant-garde feminist who brought to the screen subjects that the studios did not dare to tackle such as bigamy, rape or abortion.

1982. A film accomplishes the triple achievement of giving birth to an emblematic character of the pop culture, of revolutionizing the science-fiction cinema and of moving to tears the whole world. Let’s take a look at the paradoxical “E.T., the Extra-Terrestrial”, both a blockbuster and an intimate work, probably Steven Spielberg’s most personal.

Directed by Julien Temple (“Absolute Beginners”) and with music by DJ Fatboy Slim, an experimental and humorous film that brings together the millennial history of Ibiza and its festive modernity.

Charlie Chaplin, the “man-orchestra” of the cinema, producer, director and actor, was also a formidable composer of soundtracks. This documentary reveals how he knew how to make the music of his films a whole language

The two seasons of the Norwegian series “Acquitted” on arte.tv:

Accused and then acquitted of the murder of his girlfriend at the time, Aksel Nilsen had to leave his city to start a new life. But twenty years later, he has to settle down again and prove his innocence. But twenty years later, he has to move back and prove his innocence again, because resentments remain and the victim’s relatives have not forgotten anything… Created by Anna Bache-Wiig and Siv Rajendram Eliassen (State of Happiness).

All films as from January 11th on Netflix

All films as from January 11th on Prime Video

All films as from January 11th on Canal+

Doctor strange in the multiverse of Marvel, on January 13th.

All films as from January 11th on Apple TV

All films as from January 11th on Disney Plus

Extraordinary : A hilarious sitcom mixing superpowers and British humor, written by Emma Moran and produced by the team behind Killing Eve. Starting January 25.

All films as from January 11th on Lionsgate