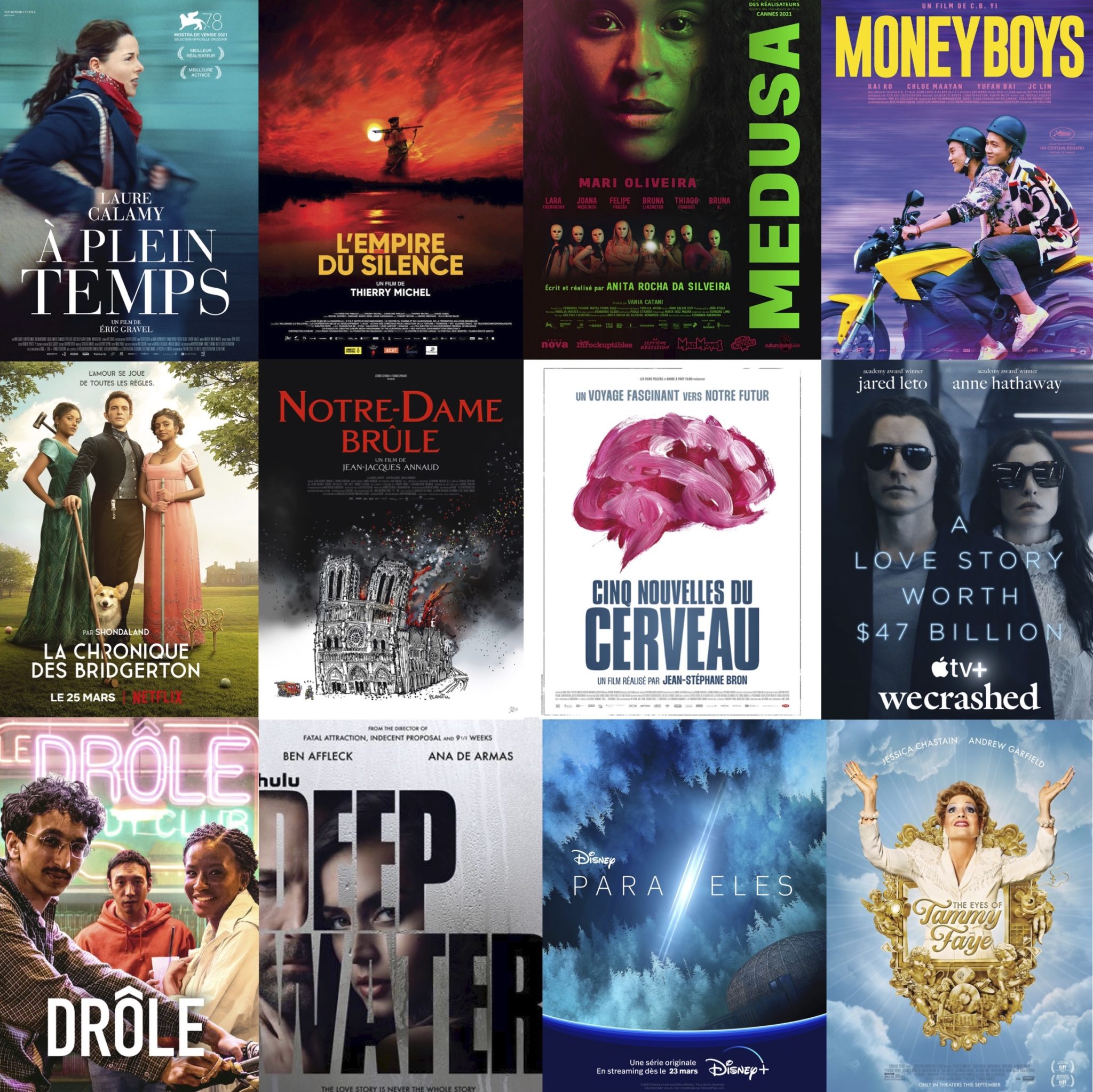 movies and series as from March 16th

What to watch as from March 16th?

News as from March 16th

BAFTA AWARDS: DUNE & THE POWER OF THE DOG ARE THE WINNERS

Festivals as from March 16th

To be seen: in Créteil at the Maison des Arts et de la Culture and at the Cinéma La Lucarne and in Paris at the Cinéma les 7 Parnassiens but also online on the platform Festival Scope.

For over 40 years, HIFF has presented the best in international cinema to Hawai‘i cineastes. Join HIFF Selects and have the best international and independent films delivered directly to you for a true film festival experience year-round. 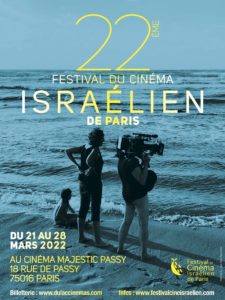 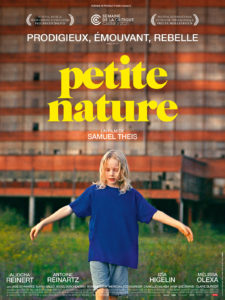 Johnny, a 10-year-old blond boy, stands out from the crowd. He doesn’t seem to fit in with his mother, who is courageous and caring but has a troubled love life, or with the new housing project they have just moved into. When Mr. Adamski returns to his class, someone finally recognizes his potential and encourages him.

A true story mixed with fiction

After co-directing “Party Girl” (Caméra d’or at Cannes in which the director cast his family), Samuel Theis returns to Lorraine to tell the captivating story of the complex experiences of a charismatic child.

Since its premiere on the Croisette, “Petite nature” has already won several awards, including best film at the Thessaloniki and Montreal festivals.

In this film inspired by his childhood, the director cleverly studies the different issues of looking at oneself and others, through a mutual contemplation of two worlds, two opposing social classes.

Samuel Theis and his brilliant actor Antoine Reinartz, (120 beats per minute) came to present the film at the cinema Le Balzac.

He remembers his anger as a child and his desire to flee this place, which with the cinema brings him back to this childhood and this territory that he finds today appeased and that he managed to film with a realism neither voyeur nor complacent.

In “Petite Nature”, it is a matter of social classes but also of the status of the child and that of the adult, and of this notion of responsibility that one acquires afterwards and that separates us from childhood.

The young Alyosha Reinert (who plays Johnny) is sensational. He has been dancing for ten years and it shows so much he already knows how to use his body in front of the camera.

A mixture of professional and non-professional actors, the mother is in reality a cleaning lady and the director shows us courageous women who are not resigned.

Go see it, it is a very beautiful film, true and very accurate on our time. 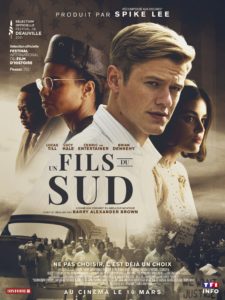 In 1961 Alabama, Bob Zellner, grandson of a Ku Klux Klan member, is confronted with the endemic racism of his own culture. Influenced by the thoughts of the Reverend Martin Luther King Jr. and Rosa Parks, he defies his family and Southern norms to take up the fight for civil rights in the United States.

Barry Alexander Brown is not only the editor of all Spike Lee’s films, he is also a documentary filmmaker and this is evident in this adaptation of Bob Zellner’s book, “The Wrong Side of Murder Creek: A White Southerner in the Freedom Movement”.

Bob Zellner, who is still alive, advised the director on the events he witnessed, and some of the phrases used in the film were actually spoken by the protagonists of that time.

An incredible story, this film shot on the very scene of the events in Montgomery (Alabama) is worth its documentary aspect (everything is filmed and reconstructed in the same way) but it sometimes lacks emotion.

Shot in only twenty-five days, some scenes were made with little means.

For example, during the Freedom Riders riot in 1961 (the crowd rushed on the peace demonstrators to beat them to death without the police intervening), the director had to ask the extras to move because he didn’t have enough.

TO WATCH IN YOUR MOVIE THEATERS AS FROM MARCH 16th

Brazil, today. Mariana, 21, lives in a world where she has to be a pious and perfect woman. At night, she gathers with her gang of girls and, together, hidden behind masks, they hunt and lynch those who have deviated from the straight and narrow.

Jean-Jacques Annaud’s feature film reconstructs hour by hour the incredible reality of the events of April 15, 2019, when the cathedral underwent the most important disaster in its history.

Julie struggles alone to raise her two children in the country and keep her job in a Parisian palace. When she finally gets an interview for a job that matches her aspirations, a general strike breaks out, paralyzing transportation.

For twenty-five years, the Democratic Republic of Congo has been torn apart by a war that has been largely ignored by the media and the international community.

The victims are counted in the hundreds of thousands, even millions. The perpetrators of these crimes are innumerable: rebel movements, but also armies, those of the Congo.

While researchers are gradually discovering the mysteries of the human brain, the race is on between human intelligence and artificial intelligence.

Jean-Stéphane Bron plunges us into the heart of today’s science, discovering the work of five scientists, at the crossroads between the brain.

Five hitmen find themselves on a high-speed train traveling between Tokyo and Morioka, making very few stops. The five criminals will discover that they are bound by their mission. They wonder who will make it out alive and what awaits them at Morioka Station.

The Shadow Killer: Death is Blind:

Investigating a crime that has gone unpunished, profiler Louise Bergstein (Natalie Madueno) races against time to stop a ruthless predator. Set in the Danish countryside, the second season is as dark and effective as ever. By Jonas Alexander Arnby

Who threatens the famous literary journalist Georges Laurent by sending him anonymous videos?

Zampano, a fairground athlete, buys the young and moody Gelsomina from a mother…

The athlete and the clown, the hercule and the woman-child: unforgettable Anthony Quinn and Giulietta Masina, in this heartbreaking film by Federico Fellini.

Since 1990, the insect population is said to have fallen by 75% in Europe.

As captivating as it is alarming, this international investigation points to the role of neonicotinoids, neurotoxic insecticides, in the ongoing ecological disaster.  By Sylvain Lepetit Miyuki Droz Aramaki Sébastien Séga.

Two friendly couples from the Parisian intelligentsia love each other, cheat on each other and aspire to fulfill themselves in a changing world…

5. BEST MOVIES & SERIES AS FROM MARCH 16th ON ARTE

In 1971, Melvin Van Peebles shook up the figure of the black hero in American cinema with “Sweet Sweetback’s Baadasssss Song”.

This documentary traces the genesis of this hard-hitting film, which gave birth to the Blaxploitation movement, from Gordon Parks’ “Shaft” to “Jackie Brown”, Quentin Tarantino’s tribute to the genre.

Inspired by real facts, a manifesto series that reports on violence against women in everyday life.

Based on an original idea by Nathalie Masduraud and Valérie Urrea, 24 daring short films, based on texts by 24 European women authors, performed by 24 exceptional actresses. A diversity of voices and talents, in a strong and committed collection.

Violences against women : a global plague

Domestic violence, sexual assault, rape, forced marriages… Violence against women remains one of the most widespread human rights violations in the world. ARTE invites you to learn more about this global issu

Gathering the testimony of five women from different religions and cultures who fight against sexual oppression, a powerful defense of the right to female pleasure and equality.

A moving film, carried by the dazzling Romanian actress Alina Serban, who has since been attacked by the neo-fascists in her country

Shortly after the fall of the Wall, the last leader of the GDR, Erich Honecker, takes refuge with his wife in the home of a pastor and his family, who have been severely affected by the communist regime…

Servant of the people

Best movies & series as from March 16th on Netflix

Best movies & series as from March 16th on Prime Video

Best movies & series as from March 16th on Canal+

Best movies & series as from March 16th on Apple TV

By Daniel Syrkin with Glenn Close

They Call Me Magic, Rick Famuyiwa.

The real story of a legend. This four-part documentary event offers an intimate look at the life and legacy of Earvin “Magic” Johnson, premiering April 22.

Pachinko is written and executive produced by Soo Hugh (“The Terror,” “The Killing”), who created the series and serves as showrunner.

Best movies & series as from March 16th on Disney Plus

Better Nate than never,  on April 1st, by Tim Federle.

How I met your father, series by Isaac Aptaker & Elizabeth Berger, postponed in May.

Best movies & series as from March 16th on Starzplay