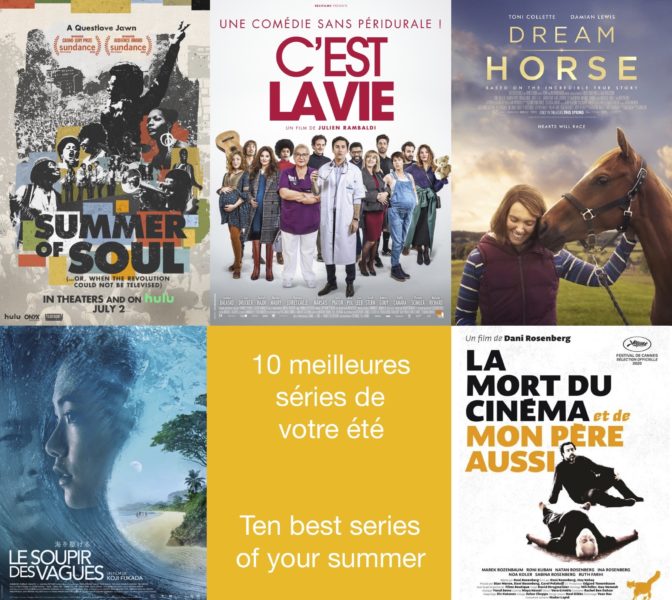 the ten best series of your summer

The ten best series of your summer.

In accordance with the governmental decisions concerning sanitary measures in cultural places gathering more than 50 people, the presentation of a sanitary pass is henceforth compulsory to access to the movie theaters from Wednesday, July 21st, 2021.

You will have to present a QR Code when you come:Downloaded into your TousAntiCovid app; Or in a printed form.You will also have to present a document with a photograph to prove your identity: ID card, driver’s license, student card, transportation card, professional badge…

Your Health Pass allows you to prove:
– Vaccination (complete vaccination schedule + 7 days delay after the second injection)
– A negative result of a virological screening test for Covid-19 (PCR or antigenic) less than 48 hours old.
– A certificate of recovery from Covid-19 infection dated more than 11 days and less than 6 months ago.

FROM AUGUST 26 TO SEPTEMBER 2ND, SERIES MANIA FESTIVAL- ALL ABOUT IT HERE

Born in 1947 in Niamey, on the banks of the Niger River, Zalika Souley was attracted to the cinema at a young age, becoming the first black professional actress of the 7th Art on the African continent.

MOVIE & SERIES OF YOUR SUMMER

Top ten 2021 series in all categories

The Underground Railroad, by Barry Jenkins

Director Barry Jenkins (of 2018 Oscar winner Moonlight and If Beale Street could talk) takes us on a journey into the heart of horror, hell and dehumanization, served by sublime cinematography and actors who have outdone themselves. A masterpiece.

American soccer coach Ted Lasso (Jason Sudeikis) is recruited by AFC Richmond owner Rebecca Welton (Hannah Waddingham) to coach her British soccer team, even though he has no experience in the sport and doesn’t know the rules.

How do you silence the voices that tell you that you’re lame, fat, ugly, or weak from the time you were little?

Will Sheila make it?

It is precisely this guilt instilled by a society ruled by men for thousands of years that Physical denounces.

A moving series about a group of friends in London in the early days of AIDS.

Mare of Easttown, by Craig Zobel

Here Kate Winslet plays a role against the grain, not glamorous, but a depressed, alcoholic, unpleasant and hateful woman who, we seem to guess, has suffered the mourning of a child.

We are immediately very taken by this series.

Once again, it is thanks to the main character, Mare, a complex woman, cynical and angry, yet full of humanity, who struggles to live simply and with whom we identify.

Kate Winslet is once again prodigious and we can see that her director, Craig Zobel, is a regular in thrillers.

In six episodes, Isabel Pena and Rodrigo Sorogoyen take us deep into the heart of the riot police, the convenient cannon fodder of politicians, corruption and, above all, the drama of the century, the migrants.

I may destroy you, by Michaela Coel

In twelve episodes, we follow the journey of deconstruction and reconstruction of the author, who was unknowingly drugged and raped during a party in a bar.

Arabella files a complaint, is listened to, but that is not enough. What can she do to feel better?

The flight attendant, by Steve Yockey

This series is amazing.

In the first episode, it feels like we’re seeing all the clichés we imagine about flight attendants (to sum up pretty and dumb), which is annoying. But neither the heroine nor the secondary characters confirm this prejudice.

Kaley Cuoco plays this stewardess wonderfully, the heroine of a series whose real subject is alcoholism. Cassy (Cassandra) does not know how to manage her life, trapped by her past as a young orphan girl to whom her father, also an alcoholic, gave beers on the sly

If you are familiar with Sol Saks’ My Beloved Witch, starring Elizabeth Montgomery and Dick York, and you like this style of humor then you will love WandaVision.

A journey into the heart of American television at its best.

In a small town in Israel, on Yom Hazmaut (Independence Day) as the senior class attends the ceremony, four unicorn-masked individuals burst in and begin shooting the students at random and four of them are found dead.

A police officer, a former student of the school, went to the scene. After the intervention, three Palestinians are found on the roofs and are immediately accused. But the weapons had disappeared. The investigation then turns to the students.

Master of None season 3, by Aziz Ansari

The direction is sublime.

Few words but chiseled, beautiful dialogues, reflections and scenes that recall some of Woody Allen’s films.

Lena Waithe and Naomi Ackie are both magnificent.

This mini-series (in five episodes), which can be seen without having seen the two previous ones, is committed, intimate, full of poetry, moving, until the end, which is also perfectly successful.

A series about women and middle age at last!

Humor, between The Kominksy Method and Woody Allen’s films.

WHAT YOU SHOULD SEE 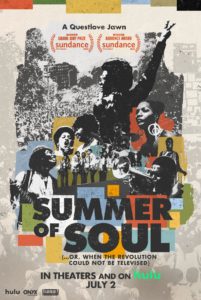 Documentary about the history of the Harlem Cultural Festival held in New York City in 1969.

Despite the presence of 300,000 people and artists such as Stevie Wonder, Mahalia Jackson, Nina Simone, The 5th Dimension, The Staple Singers, Gladys Knight & the Pips, and Sly and the Family Stone, the festival was forgotten.

No one was interested in its production nor its distribution.

This documentary is not only about a concert but about a whole era in Harlem with all the problems linked to racism, drugs and poverty. At the same time as the Festival was taking place, the first man walked on the moon.

But for the inhabitants of Harlem, nothing is settled yet on earth and it is necessary to act first towards the populations which need financial or medical support.

Nina Simone, Stevie Wonder, Abbey Lincoln, Ray Baretto, all came to sing to support a cause, the end of racism and inequality.

ON DISNEY PLUS & HULU 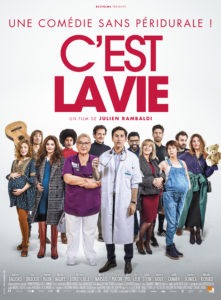 On her last day before retirement, Dominique (Josyane Balasko), a strong-willed midwife, is forced to cooperate with an arrogant young obstetrician (Nicolas Maury). Together, they will have to accompany five women to give birth. They will remember it all their lives.

This is the comedy of your summer. This pretty and moving film where love encounters are made and unmade, and all the subjects related to motherhood and fatherhood and homoparentality are tackled will make you spend a good time. The humor is there, the dialogues are well written, and the comedy is reminiscent of some romantic comedies or not American. The actresses are perfect, not only Josyane Balasko but Léa Drucker, Alice Pol, Julia Piaton, Fadily Camara, Sarah Stern, Mélodie Richard & Florence Loiret-Caille.

It’s a real success, go for it! 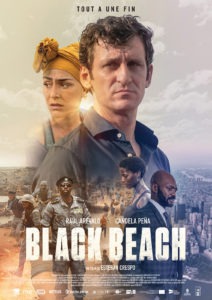 In Brussels, Carlos Fuster, a Spanish executive, works for a major American oil company. He leads a luxurious life and dreams of moving to New York with his wife Susan, who is about to give birth.

But his management asks him to leave to negotiate the release of an American engineer, kidnapped in Equatorial Guinea.

Nothing is spared in this thriller that turns out to be much more subtle than it seems at first: corruption, cynicism of corporations and NGOs, rivalries for power and money, and the love that should save everything.

A real dive into the continent.

CURRENTLY ON CANAL PLUS

The House of Gucci, by Ridley Scott

Actors who have followed in their fathers’ footsteps | by Insider | Insider | Jun, 2021 | Medium

Reader Question: Advice for someone wanting to give writing a full-time shot? | by Scott Myers | Jul

Reader Question: How much dialogue versus description in a screenplay? | by Scott Myers | Jul, 2021

Reader Question: Should you plot out the Protagonist’s arc or just go with your gut? | by Scott Myer

Reader Question: When can you stop tinkering with a script and finally say “done”? | by Scott Myers

The Most Useful Writing Advice I’ve Ever Been Given | by Sadie Hoagland | Creators Hub | Jul, 2021 |

Writing and the Creative Life: Dark Places | by Scott Myers | Jul, 2021 | Go Into The Story

Writing and the Creative Life: The Joy of Running… Creatively Speaking | by Scott Myers | Jul, 2021 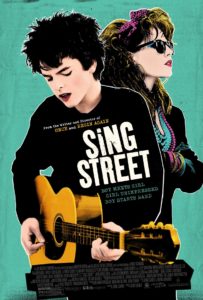 ALL THE OLYMPIC GAMES PROGRAM

Canal Plus: City on a Hill

Canal Plus: The King (series) 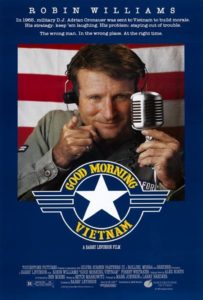 She is an editor, he is a mathematician. They have met on a platform dedicated to food lovers and have arranged to meet in a trendy café in Barcelona. Together, they will test the best restaurants in the city as they discover each other, between complicity and defiance, restraint and seduction, in the age of social networks. Concocted by the Spanish director Isabel Coixet, this tasty series is to be consumed without moderation.Director: Isabel Coixet

The Swarm, by Just Phillippot, on August 6th

The Chair, by Amanda Peet, Annie Wyman. With  Sandra Oh, on August 20

In 1993, a tragedy strikes the community of Skylin, Texas: Kate Wallis, a popular and well-liked teenager, is kidnapped by Martin Harris, the vice-principal of the town’s high school. Jeanette Turner, another teenager in town, is then accused of not reporting Kate’s disappearance and becomes the most hated person in the country.