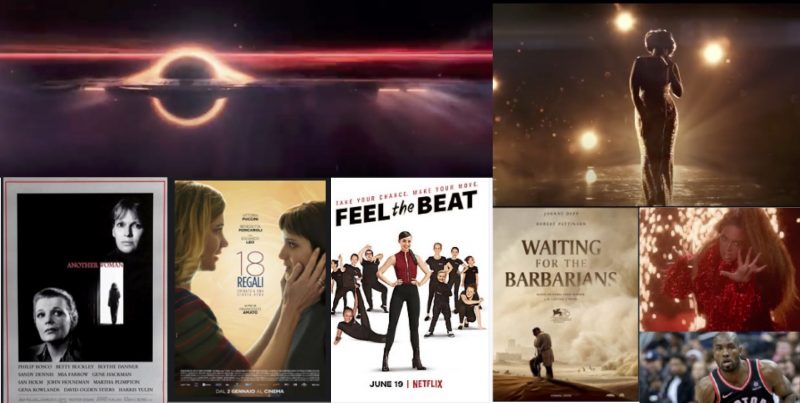 Your summer movies 2020 : your weekly news about the national and international movie industry.

MOVIES IN YOUR MOVIE THEATERS

as from July 1st,

Remember me: by Martin Rosete, avec Bruce Dern, Caroline Sinlhol, Sienna Guillory: The story of Claude, a widower in his seventies, who learns that the love of his life, Liliane, is in a retirement home.  He pretends to have Alzheimer’s disease to be next to her.

Jumbo, first movie of Zoé Wittock, seen at the opening of the  Champs Elysées Film Festival 2020.

Brooklyn secret de Isabel Sandoval:Olivia works as a caregiver for Olga, an Ashkenazi Russian grandmother from Brighton Beach, Brooklyn. Weakened by her situation as a Filipino immigrant, she secretly pays an American to organize a white wedding.

In your movie theaters:

Marion is a fifty-year-old woman who seems to be doing well in everything: her career as a university philosophy teacher, her marriage, her social life. She decides to take a break in her career to devote herself to writing a novel. She rents a studio where, due to a defect in the wall, she stumbles upon the conversations of a patient, Hope (!!), with her psychotherapist.  Little by little, she questions the choices she has made in her life…

This film is probably one of Woody Allen’s ten best films. Never has her understanding of women been so accurate and so subtly emphasized. Geena Rowlands is perfect in the role of this cold woman for whom the life rocks and Mia Farrow interprets with accuracy the youth and the fear of the failure of an undergone marital life. 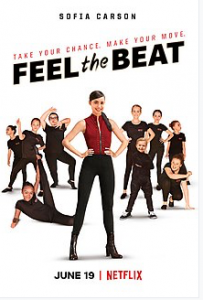 Feel the beat is broadcast on Netflix. And this movie is different from the dance movies we’re used to.

The pitch: April has only one dream: to become a star in Broadway. But after a setback, she is forced to return home to Wisconsin. So far, nothing is very original in the story. Except that…

At home, April is reunited with her father, her former lover, but mostly with her dance teacher and her students.
Moved as soon as she arrives by an egocentric desire to return to the stage, April decides to train a heterogeneous dance class: very young girls, older, gifted, less gifted, unmotivated girls…

We are drawn into a story that proves to be surprising, and completely different from the clichés about dance where everything is just a show. In this film, it’s not just about becoming better and better, but about staying close and enthusiastic no matter what happens.

Unlike movies where the heroine has to make a choice, Elissa Down‘s vision is different. What matters in dance is both  passion, success and the joy of a communion between a teacher and his students.

To listen to: the music of the film, full of good old hits… 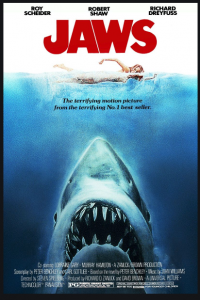 Arte: Woman at War:  you should watch this movie about a woman’s  fight on ecology, and a beautiful set-up.

FILMS SERIES AND EVENTS OF THE WEEK

How it is to dance with Madonna ?

The Lost Ones: surviving Hirsohima and Nagasaki

Série : The Killing : Thriller,  a series about Danish society and an intrigante personnalité of the investigation, Sarah Lund.

On Henri platform, a cult movie to watch every day.

A podcast on Buster Keaton

The story of a movie, Le Sauvage, by Jean-Paul Rappeneau, with Yves Montand and Catherine Deneuve

This movie is inspired by the story of Elisa Girotto, and directed by Francesco Amato. The story is about of a mother who knows that she is seek and leaves her unborn daughter eighteen presents for each of her birthdays.

Dark (saison 3): Four families distraught over the disappearance of a child look for answers and stumble upon a mystery involving three generations which ends up destabilizing them.

Eurovision song contest – As kitsch as the contest itself – For the fans of Wayne’s world humor.

Respect: the first trailer for the film directed by Liesl Tommy came out this week. Played by Jennifer Hudson (who stole the star from Beyoncé in Dreamgirls), Forest Whitaker, and Mary J. Blige.
The movie will be released at Christmas and promises to be a real tribute to the singer. Aretha Franklin was a committed singer who won 18 Grammy Awards in her career.

Will Smith as the most famous slave in American history.

17 directors shot short movies for Netflix during the lockdown

The movie industry in Bénin

First robot to get a part in a movie

The first pictures of Beyoncé movie for Disney (Beyoncé website)

The New Yorker – Richard Brody – What to stream – Nat Turner

How to find Wes Anderson style whimsy wherever you travel

In 2021 with Johnny Depp: Waiting for the Barbarians

A documentary on Serge Ibaka:

Festivals are coming back to Europe

The 77th edition of the Venice Mostra will be held from 2 to 12 September.

The San Sebastian International Film Festival will take place from 18 to 26 September. It will be opened by Woody Allen, with his next film Rikfin’s Festival.

Enjoy your own choice !