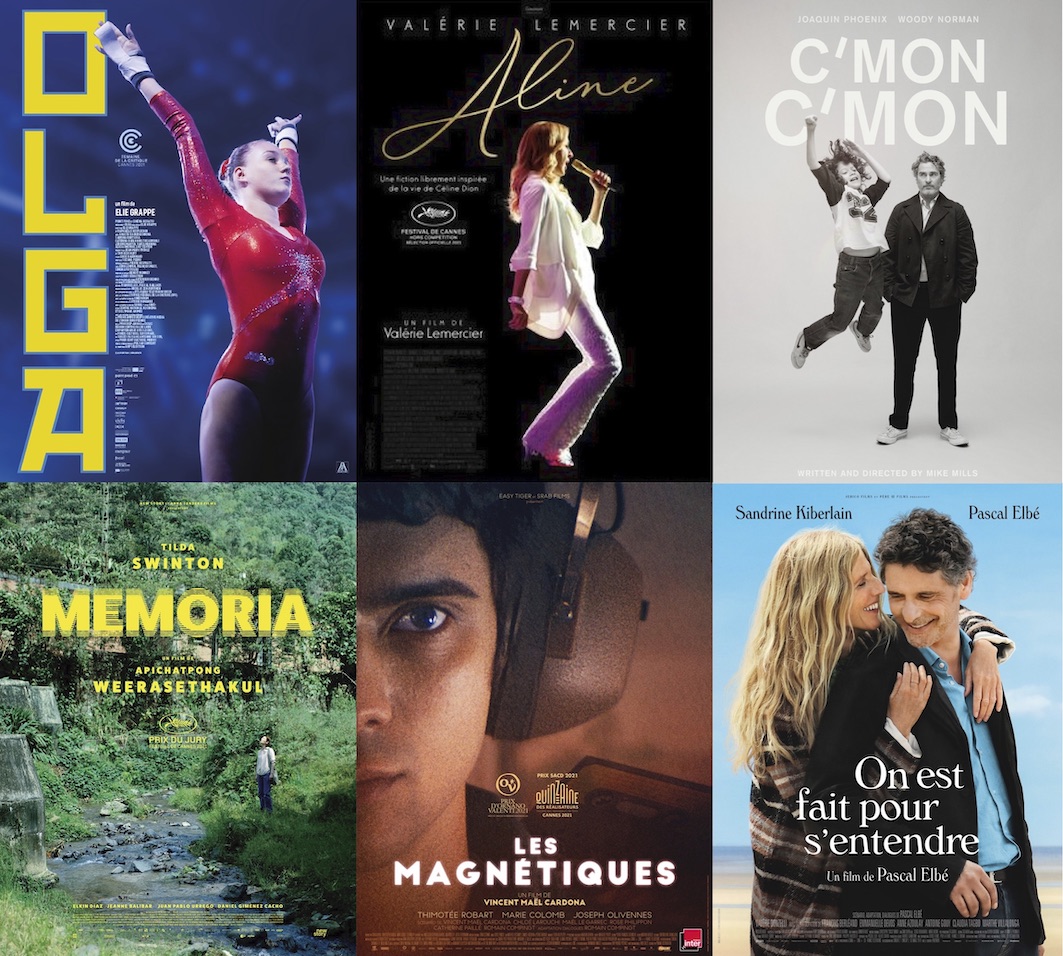 Your new movies and series

Your new movies and series.

Cinewax presents the film FREDA, with an interview with director Gessica Geneus.

Freda lives with her mother and sister in a working class neighborhood of Port-au-Prince. Faced with the challenges of everyday life in Haiti, each of them wonders whether to leave or stay. Freda wants to believe in the future of her country.

“Sort of” is a funny and touching series in the tradition of “Fleabag”. The emancipation attempt of a transgender main character, played by the Canadian co-writer and actor Bilal Baig

The 70-year-old actor is currently in the cast of “Dopesick”, an excellent series about the ravages of opioids presented on Disney+ since November 12, and will again be Vulture in “Morbius” as well as Batman in “The Flash”, both in theaters next year. A look back at his five most memorable films.

This year, the award for best male actor of the Festival CinéBanlieue will be named Djemel Barek. On this occasion, the festival will show the film by David Oelhoffen Loin des Hommes, a major film in the career of the Franco-Algerian actor who died in 2020. A look back at his career.

This year, the award for Best Actress of the Festival CinéBanlieue will be named Darling Légitimus.

On this occasion, the festival will show the documentary Darling Légitimus,  and the film by Euzhan Palcy Rue Cases-Nègres, which earned her the Volpi Cup for best actress at the 40th Venice Film Festival in 1983.

He was one of the figures of the television series Code Quantum. American actor Dean Stockwell, star of the 1990s and a familiar face in Hollywood for decades, died at the age of 85 on Sunday, November 7, his agent announced. 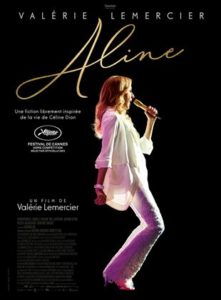 In the Dieu family, music is king and when Aline grows up she is discovered to have a golden voice. When he hears this voice, the music producer Guy-Claude has only one idea in mind… to make Aline the greatest singer in the world.

Supported by her family and guided by Guy-Claude’s experience and budding love, they will write together the pages of an extraordinary destiny; a love story that will sweep us along on a wave of emotions.

Valérie Lemercier has the art of telling stories by interpreting them.

In “Aline”, a tribute to Céline Dion – she dedicates the film to her at the end of the credits with a beautiful “Pour toi Céline” – the director looks back at the career of the great singer, who was criticized for her looks, her family and … her need for space, while she lived with thirteen brothers and sisters in the same house.

Valérie Lemercier did years of research and large production resources were used to make this film that would remind us of big American productions, if not for this particular touch of stage comedy. We remember of course her dancing the famous choreography of “Rabbi Jacob” at the César. And the humor, tenderness and lucidity are found in the dialogues and some scenes are sometimes reminiscent of sketches.

Moving, very well acted, “Aline”, whose release has been postponed twice, has finally arrived on our screens at the right time. It’s good to see love, tenderness, glitter and above all the extraordinary story of an ordinary woman (I advise you to listen to the song “Ordinaire”).

She did not call the film “Celine”, which adds fiction and strengthens the story, which is about her  and at same time, she is a fantasy

The songs of Celine Dion are interpreted by Victoria Sio who was spotted during the competition of “The Voice” and whose talent we hope will be highlighted again.

Go and watch it, you will have a great time.

2. MY SUGGESTIONS OF FILMS & SERIES

A small provincial town in the early 80s. Philippe lives in the shadow of his brother, Jérôme, the black sun of the gang. Between the pirate radio, the father’s garage and the threat of military service, the two brothers are unaware that they are living in the last fires of a world that is about to disappear.

At daybreak I was surprised by a big BANG and did not find sleep again. In Bogota, through the mountains, in the tunnel, near the river. A Bang.

2013. A 15-year-old gymnast is torn between Switzerland, where she is training for the European Championships in preparation for the Olympics, and Ukraine where her mother, a journalist, is covering the events of Euromaidan.

Antoine seems to listen to nothing and no one: his students (who demand more attention), his colleagues (who don’t like his lack of concentration), his lovers (who blame him for his lack of empathy)… And for good reason: Antoine is still young but has lost a lot of hearing. His new neighbor Claire, who has come to live temporarily with her sister and daughter after the loss of her husband, dreams of peace and quiet. Not a neighbor as noisy as Antoine, with his loud music and his alarm clock that rings endlessly. And yet, Claire and Antoine are made to get along!

House of Gucci, by Ridley Scott, on November 24th

Reader Question: Where do you go for inspiration when the words just aren’t coming?  by Scott Myers | 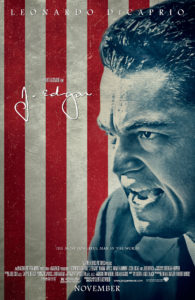 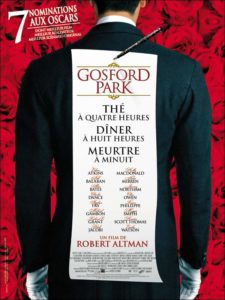 After the loss of their apartment, a mother and her son find refuge in the woods on the edge of town… A critical portrait of today’s society, coupled with a powerful hymn to maternal and filial love.

France 5 : Out of Africa

Mary enters the service of an old, egotistical and snobbish lady and accompanies her on a hunting trip, where she discovers the habits and customs of her milieu… Inspired by Renoir’s “La règle du jeu”, the great Robert Altman offers a jubilant painting of the twilight of the British aristocracy. With Maggie Smith, Kelly Macdonald, Emily Watson and Kristin Scott Thomas.

Adapting Didier Eribon’s remarkable story, Jean-Gabriel Périot tells the painful and political story of the workers of France, thanks to a rich montage of archives linking the intimate to the collective and the voice of Adèle Haenel.

5. AT HOME, ON YOUR PLATFORMS 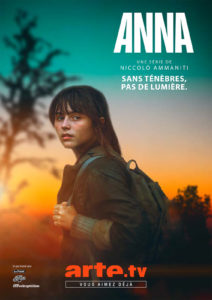 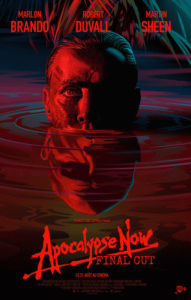 Hellbound, by Yeon Sang-ho, on November 19

Bruised, by and with Halle Berry, on November 24

Jackie Justice (Halle Berry) is a mixed martial arts fighter who leaves the sport in disgrace. Down on her luck and simmering with rage and regret years after her last fight, she’s coaxed into a brutal underground fight by her manager and boyfriend Desi (Adan Canto) and grabs the attention of a fight league promoter (Shamier Anderson) who promises Jackie a life back in the octagon.

But the road to redemption becomes unexpectedly personal when Manny (Danny Boyd, Jr.) — the son she gave up as an infant — shows up at her doorstep.

The Power of the dog, de Jane Campion, on December 1st.

Voir, by David Fincher & David Prior

Married for thirty years, Grace and Edward live peacefully in their cottage on the English coast. She, exuberant and voluble, manages the house. He, discreet and self-effacing, is completing a career as a teacher. But that morning, this well-ordered life is about to be shattered. On the occasion of a visit from their son Jamie, Edward finds the courage to tell his wife his decision: in one hour, he will leave the house for a new life.

Director William Nicholson tells the story of a separation full of fierce humor and hope. He was inspired by his own play, “The Retreat from Russia”, whose title evokes the Napoleonic defeat that precipitated its fal

The Mandalorian season 3, by Jon Favreau