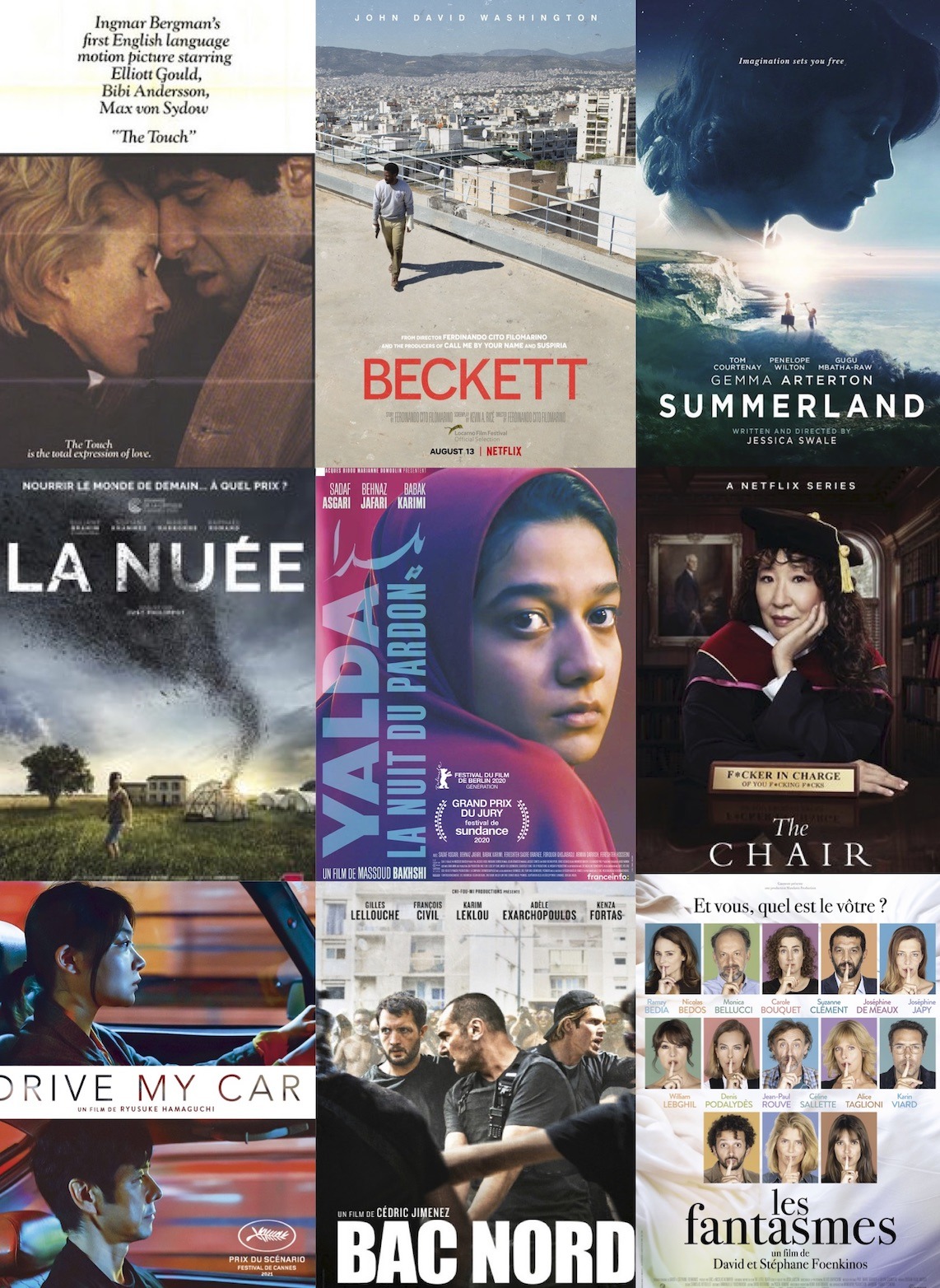 Five movies to watch in August

What to watch in August.

Five movies to watch in August

As of July 21, the health pass is mandatory for screening rooms that plan to welcome an audience of 50 people or more. …

Keep going to the movies !

Two new pictures of  The Crown next season (source :Netflix) 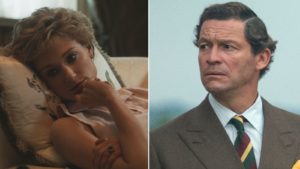 What do we know about Wes Anderson’s next film?

Scarlett Johansson, Tom Hanks and Rupert Friend will be in it.

As well as Margot Robbie after the end of the shooting of the next film by Damien Chazelle, “Babylon” in which she will star with Brad Pitt, then she will play in the next film by David O. Russell (“Happiness Therapy”), as well as in “Barbie”, co-written and directed by Greta Gerwig (“Lady Bird”).

FROM AUGUST 26 TO SEPTEMBER 2ND, SERIES MANIA FESTIVAL- ALL ABOUT IT HERE

TO WATCH IN AUGUST 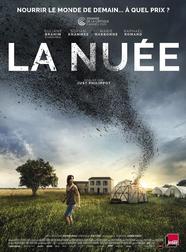 The Swarm, by Just Phillippot

In a deserted and dilapidated farmhouse in the south of France, Virginie, a single mother, raises her two children and edible grasshoppers to try to avoid bankruptcy.

Riddled with debt, she struggles daily to survive with clients and suppliers who pressurize her. After an accident, she notices that grasshoppers that have tasted her blood grow better and faster.

Accidentally vampirised, Virginie suffers martyrdom so as not to have to give up her choice.

This horror film takes you by storm. The story of this woman who fights her way out and ends up submitting to the insect she kills is both disturbing and fascinating. Suliane Brahim, tall and skinny like her insects, only works day and night and has only one obsession, her grasshoppers.

The Swarm speaks to us about the environment, human suffering and the rural environment that is socially and economically hard.

Between horror and fascination, we are completely addicted to this story.

We find in this social drama directed by Just Philippot and written by Jérôme Genevray and Franck Victor, references to Hitchcock (The Birds), Ridley Scott (Alien) and a bit of documentary filmmaker Raymond Depardon.

TO WATCH IN THEATERS 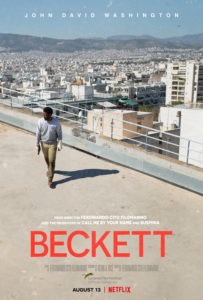 After a tragic traffic accident in Greece, Beckett, an American tourist, finds himself caught up in a dangerous political plot and must flee for his life.

John David Washington (Blackkklansman, Tenet) plays the lead role of this hero, who runs for his life.

Breathless like The Fugitive, violent like Three Days of the Condor and kind of an action movie like Die Hard, Beckett takes us to the heart of Greece today.

As usual John David Washington is impeccable in the role of this man caught by chance in a political machination that exceeds him.

From the beginning to the end, the director does not leave us any respite and we do not blow a single moment. The end is masterful.

Ferdinando Cito Filomarino is a young director. For the record, his great uncle was Luchino Visconti. Previously, he has worked with Luca Guadagnino (Call me by your name, We are who we are).

To see now on Netflix. 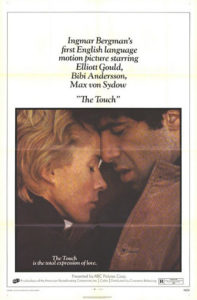 The Touch, by Ingmar Bergman

In a small provincial town in Sweden, Karin, a thirty-something housewife, and her doctor husband befriend a stranger, David, who has arrived on an archaeological mission. During a lunch at the couple’s home, he makes a sudden declaration of love to the young woman that leaves her speechless. Although she is happily married, and without seeming to understand the reason, Karin is tempted to have an adventure with this man.

Karin (Bibi Andersson) cannot resist David’s (Eliott Gould) advances. We feel that this story is stronger than her. Despite the constraints imposed by her marriage, and the happiness she finds with her husband (Max von Sydow) and children, she fells for this hard, tortured man. Indeed, David has lost his entire family in the camps.

Death is part of their story, as much to her as to him. They both miss something in their lives and the death of the people they loved feeds their bond.

Karin is at the heart of this film, whose first name could also have been the title, her doubts and desires. But something does indeed bind them, and “Le Lien”is the French title. Yet the English title, The Touch, is more accurate.  We feel, and this is of course the director’s point of view, that Karin needs to be touched in spite of all that this implies in her life and the gossip of this small provincial town.

Ingmar Bergman pushes human beings to their limits and knows how to set it on the screen. This is the strength – among other things – of his films.

Ingmar Bergman’s first film shot partially in English, The Touch remains one of the least known works in his filmography. Yet the director offers Bibi Andersson, one of his favorite actresses, a tailor-made role of great emotional intensity, opposite a flayed Elliott Gould as an uprooted wandering Jew. 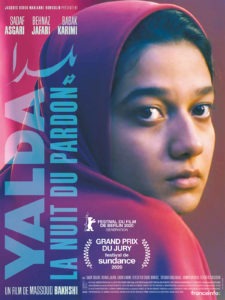 Maryam, 22, is sentenced to death for accidentally killing her much older husband, Nasser. According to Iranian law, the condemned man can be pardoned if the victim’s family forgives him. Maryam’s fate will be decided by Mona, Nasser’s daughter, in a live television broadcast before thousands of viewers.

As the Taliban once again have the power to kill, imprison and rape anyone they want, be it women, little girls or newborns in Afghanistan, Yalda, reminds us that women in Iran have no rights. This program, which really exists, shows us a very sad reality, that of women’s rights, still violated in many countries.

In Yalda, the night of forgiveness, a young woman is pushed by her mother into the arms of a 65 year old man because he is rich. As she accidentally kills him, she faces death by hanging. Only forgiveness on a live television show can save her.

So, and this is chilling, while here we are texting for soccer games or bad singers, the viewers have to vote 1 to save her life, and 2 to condemn her, in addition to the forgiveness granted by the in-laws. The only merit that can be given to her (!) is that she saves the lives of some women.

The daughter-in-law played by Faghiheh Soltani subtly plays the role of the one who holds the power of life or death over the young Maryam.

The actress Sadaf Asgari who plays Maryam, is extraordinary. She declared:

“I built this heroine with the help of Massoud Bakhshi and I looked for her in the Iranian society, in the heart of trials and prisons. Maryam is a very ordinary character, like the people in the street”.

This film received the Grand Jury Prize at the Sundance Film Festival in 2020.

CURRENTLY ON CANAL PLUS. 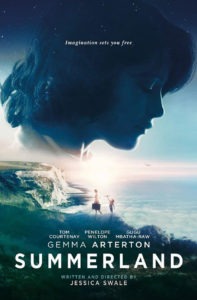 During World War II, Alice, a scientist and author, lives alone and reclusive in a small town in the English countryside. She does not like children, and is nicknamed “The Witch”.

While the children are temporarily hosted in families, sent by their parents, while waiting for the bombing to stop in London, Alice is forced to take in Frank, a ten-year-old boy. She accepts, but only for a week.

Little by little, we discover the past of Alice Lamb, played by Gemma Arterton, a woman on the bangs of society, and without revealing the plot, the director Jessica Swale plunges us into an atmosphere that had already been treated in a very beautiful film, Hope and Glory, by John Boorman.

If Summerland is less strong, it delicately underlines the desire for elsewhere and the need for dreams of children and adults.

Little by little, Alice becomes attached to the child and introduces him to her world.

The young boy, Franck, played by Lucas Bond and Vera played by Gugu Mbatha-Raw (The Morning Show) complete this beautiful film soon available on Canal Plus.

ON CANAL PLUS FROM AUGUST 24TH.

WHAT YOU SHOULD WATCH IN AUGUST

Drive my car, by Ryūsuke Hamaguchi on August 18

In theaters on August 25.

Az works for an oyster farmer in Sète. He knows oysters by heart, he opens them by the hundreds. In one of them, Az decides to hide a ring, to ask his girlfriend Jess to marry him. She doesn’t say yes. Fortunately, his gang of friends is ready to do anything to help him get out of trouble.

Scenes from a marriage, HBO series, with  Oscar Isaac & Jessica Chastain, by Hagai Levi ! (The Affair, Be Tipul-En Thérapie- Our Boys)

Léo has just finished his classes and for his first assignment, he is sent on a Sentinel mission. Here he is, pacing the streets of the capital, with nothing to do but keep an eye out for a possible threat…

Writing Mantra: Set aside your attachments | by Scott Myers

Separation as a Theme in Pixar Movies | by Scott Myers

The Nemesis as the Protagonist’s ‘Shadow’ | by Scott Myers 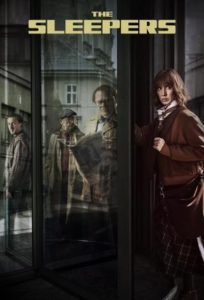 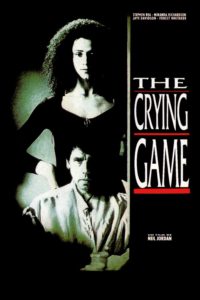 Stuart, an inveterate seducer who makes many one-night stands, is best friends with Vince, a shy boy who is uncomfortable with his homosexuality. Stuart meets Nathan, a 15-year-old boy who is determined to discover his sexuality, in the gay neighborhood of Canal Street. They will experience intense love and friendship and face homophobia.

The Chair, by Amanda Peet, Annie Wyman. With  Sandra Oh, on August 20

Everybody is talking about Jamie, by Jonathan Butterell, on September 17

The Pembroke Shire murders, on August 30, by Luke Evans

All films as from December 7th