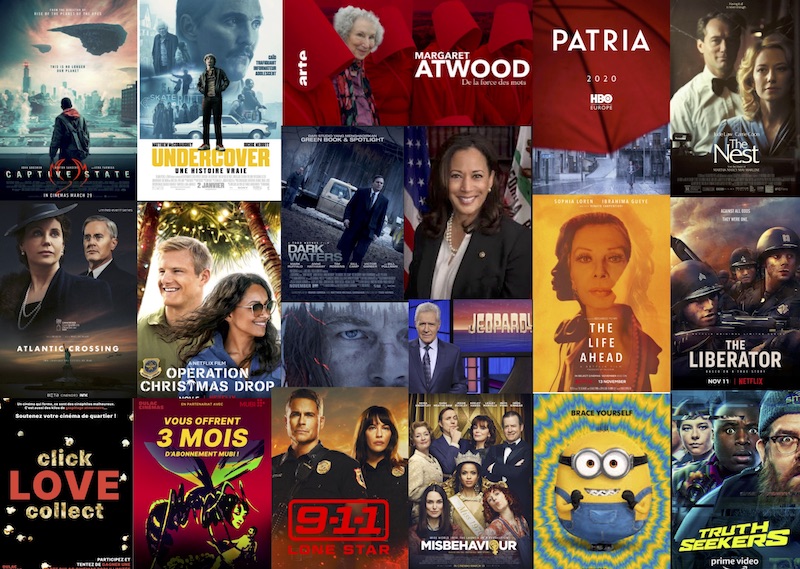 What are the films you think of when we talk about movies about truth?

This week’s victory of the Democrats in the Presidential election reflected the victory of truth over lies. The current protests show how difficult it is for the former President to recognize the truth when confronted with it.

I have therefore chosen to talk to you about movies that deal with the universal subject of truth. 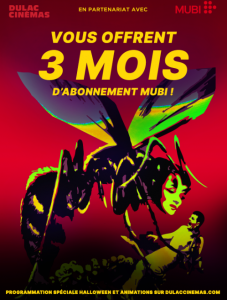 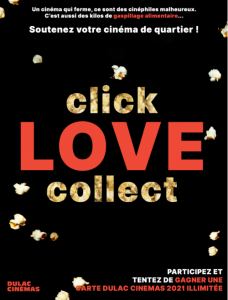 The news of the week:

Here are films about the truth, new series, advice from film professionals and the best of your TV programs .

Many films are released in cinemas, new series on your platforms.

So here are the new movies at the cinema, the movies to see in theaters, the new series, the best of your TV programs and all the news of the festivals. 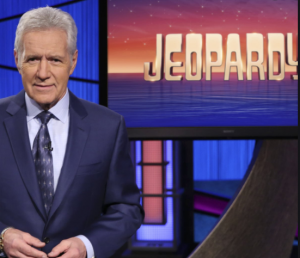 What is on-screen truth? Are there more documentary films concerned with truth than fiction films?

Documentary filmmakers show us their truth on a given subject.

And there are many film heroes who are determined to denounce the truth. Let’s quote Hitchcock, the director by essence of truth. Who is the culprit? What is true in the story he tells us? Should we trust appearances? Who lies? The director is more interested in truth than in reality.

Films about justice speak to us about truth.

Don’t they? Swear to tell the whole truth, nothing but the truth…… And he who perjures himself risks prison… So these are my choices for this week.

What is on-screen truth? Are there more documentary movies concerned with truth than fiction films?

Documentary filmmakers show us their truth on a given subject.

And there are many movies heroes who are determined to denounce the truth. Let’s quote Hitchcock, the director by essence of truth. Who is the culprit? What is true in the story he tells us? Should we trust appearances? Who lies? The director is more interested in truth than in reality.

Movies about justice speak to us about truth.

Don’t they? Swear to tell the whole truth, nothing but the truth…… And he who perjures himself risks prison… So these are my choices for this week. 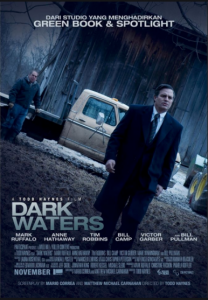 Dark Waters is a movie about truth.

Produced by the main actor, Mark Ruffalo, it denounces, like Erin Brokovitch, the deadly actions of the American company DuPont.

The story tells the twelve-year battle of a lawyer, Robert Bilott, played by Mark Ruffalo, against the American company DuPont.

Little by little, like the pieces of a domino, we discover the criminal acts of a company that seeks to lie to its consumers to the end. And the consequences are both terrible and so little serious compared to the crimes committed?

Masterfully filmed by Todd Haynes and played to perfection by Mark Ruffalo, the film shows the determination of a man to expose a company’s lies to its consumers, and to obtain reparation for those who are still alive.

His fight for truth continues to this day. The landscapes of Ohio and its black river pass before our eyes as the story unfolds, leaving the viewer to imagine the consequences, not only human but environmental, of a river flowing through the cities, the countryside and into the sea…

This film about truth, shot in shades of grey and green, is as icy as the truth discovered by its hero. 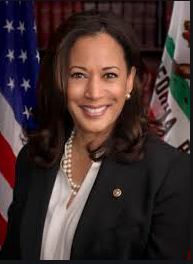 It is a certain truth that when I looked for Black famous women heroines in movies or TV shows, I found almost none.

It’s a shame for cinema to forget a huge category of its population whether in Europe or in the United States. Let’s hope that the nomination of Kamala Harris to the Vice Presidency will help to change mentalities.

Nevertheless, I discovered documentaries about two women: Angela Davis and Alexandra Ocasio-Cortez on the NETFLIX channel.

On Arte, note the documentary on Kamala Harris, currently available on the platform.To watch it : click here

Angela Davis, Dr. Angela Davis Puts the System on Trial, part of the documentary entitled “The 13th” on the injustices of the American system, directed by Ava DuVernay. 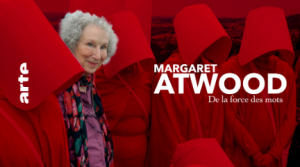 Everybody knows Margaret Atwood, the Canadian author of “The Handmaid’s Tale” adapted for the screen in 1990 by the great director Volker Schlöndorff, and played by Faye Dunaway, Natasha Richardson and Robert Duvall, and then in the series produced by HBO starring Elisabeth Moss in the title role.

The series with Elisabeth Moss

The writer, in her writing, also writes a truth. She creates it from her imagination, but if the stories speak to us, it is often because they conceal within them a truth, even a tiny one, which touches us.

During one year, Nancy Lang and Peter Raymond followed the famous novelist who decided to travel around the world at the age of eighty. Accompanied by her husband, writer Graeme Gibson, Margaret Atwood tells us the story of her life in writing.

After success with her novel The Edible woman, and fame at a very young age, she spent her entire career in writing.

Her friend and accomplice of fifty years, Phoebe Larmore, whom she met while studying literature at Harvard (at the time the Library of Modern Poets was exclusively for men!), became her agent. She gives us anecdotes about her personality and her work as a writer.

To tell the story of the heroine of her novel, DeFred, in “The Handmaid’s Tale”, she was inspired only by real facts. In particular, she refers to Hitler’s and Ceaușescu’s programs.

The Romanian dictator (from 1965 to 1989!) checked every year that all women got pregnant. If they didn’t have children, they had to justify themselves to the authorities. Before the implementation of his policy, the dictator had elaborated a so-called preventive propaganda. Decree 770, published on October 1, 1966, prohibited abortion and advocated a natalist policy. Gynecological checks were even carried out on women on a regular basis. And there, if you have read or seen the series “The Handmaid’s Tale”, the account of these events sends shivers down your spine.

To learn more about this policy, you can read this very scary but very interesting article..

So this documentary film tells us about the truth. Margaret Atwood confronts us with established truths and questions them, reminds us what freedom is.

Today, the right to abortion and women’s freedom are still under threat. Recently, the change in Poland’s abortion law reflects this decline in women’s rights to control their bodies as they see fit. 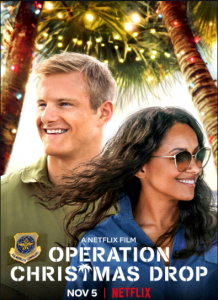 On a completely different note, I would like to talk to you about this romantic comedy shot in a heavenly setting.

Contrary to appearances, this romantic comedy says a lot more than it seems.

Directed by Martin Wood, a director who is rather used to science fiction films, since he has been at the head of all the Stargate since 1997, Operation Christmas Drop tells the story of an encounter between a soldier and an ambitious woman.

Dispatched by her boss, a Congressman from Washington, played by Virginia Madsen (Designated Survivor) just before Christmas on an island in the Pacific, the island of Guam, Erica Miller, played by Katerina Graham, (seen in another romantic comedy The Holiday Calender) must make a report to validate the closure of this base lost in the middle of the ocean. She makes a completely different discovery.

A pilot of the military base, Andrew Jantz, played by Alexander Ludwig, is in charge of changing her mind. Every Christmas, the pilots and all the volunteers of the Andersen Air Force base organize a fund-raising event and distribute boxes filled with gifts and basic necessities to the inhabitants of the islands, which are completely isolated from the rest of the world (a population of 164,000 people on 549 km2).

A military base dedicated to the inhabitants

The usefulness of this base is thus quickly proven. Erica Miller thus re-establishes the truth with her leader and reminds him of his commitment to politics. As for the romance, I’ll let you discover it.

This film features romance, coconut trees, reminds us what isolation is (…) and all this against a backdrop of pre-Christmas and true story.

Indeed, this military base, where the film was shot, really exists. Every year at Christmas time, American pilots drop these packages to isolated populations. This is the oldest operation of the U.S. Department of Defense in collaboration with Japan, and in 2015, with Australia. It dates back to 1952.

Let us now see how truth can correspond to a conception of a world, which evolves with science.

Captive State tells us about a hypothetical future in which Extraterrestrials have invaded the Earth and rule it. 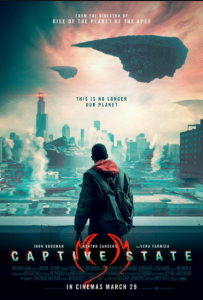 Directed, co-written and co-produced by Rupert Wyatt, Captive State projects us into a world governed by Extraterrestrials and a single representative on Earth. Everything is controlled, everyone wears an implant.

Only one message is broadcast: All is well, there is no more unemployment, the whole world is happy. Of course this is not true. Human beings are reduced to slaves. The data of the previous world is erased by the thousands in factories.

Nine years later, a commissioner, played by John Goodman, is put in charge of keeping order in Chicago, on the Near West Side, a supposedly rebellious neighborhood. But resistance sets in.

To watch on Canal+.

2. YOUR  MOVIES ABOUT TRUTH

Below, these new trailers:

The Nest, by Sean Durkin,  with Jude Law & Carie Coon should be broadcast on Canal +. 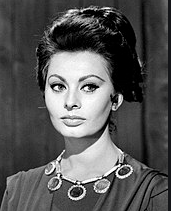 Toni Morrison: ‘I Am Alarmed By the Willlingness of Women to Enslave Other Women. 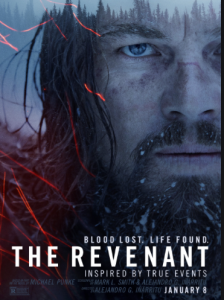 On France.tv, we can see the first movies of fourteen directors who are famous today: Bruno Podalydès, Valérie Donzelli, Xavier Dolan, and Alice Winocour, Vincent Mariette…

Ushuaia tv programme as from November 10 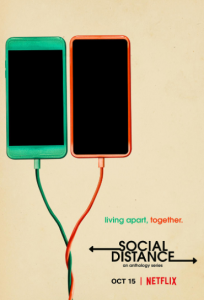 The Life Ahead, starting November 13

The story of a former prostitute, Madame Rosa, a survivor of the Shoah who takes care of other people’s children. At eighty-five years old, the immense actress plays the lead role in this film after an eleven-year absence.

Adapted from Julia Quinn novels, which followed the lifestyles of London’s high society.

A young woman, Daphne, played by Phoebe Dynevor (seen in Snatch) must find a husband. A woman then spreads slander on the young girl, attracted by the only hardened bachelor in London, the Duke of Hasting, played by Regé-Jean Page (seen in the mini-series Roots and ABC for the people). 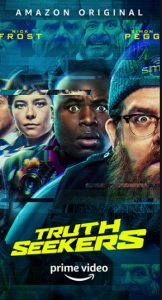 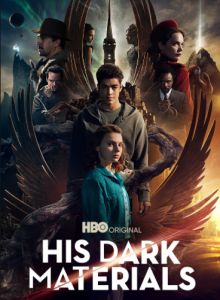 Raya and the last dragon. Date of release not given yet.