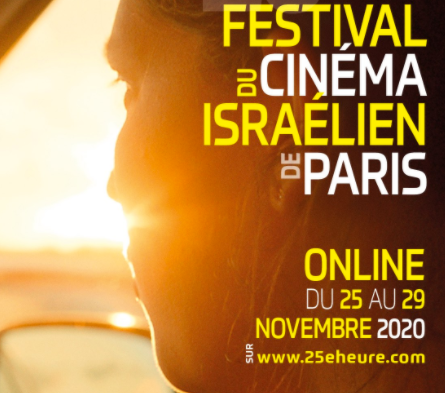 It will finally take place from November 25th to 29th on the website La 25ème Heure.

You will be able to buy your tickets from this Monday, November 23rd.

This year, the Festival is celebrating its 20th anniversary!

Israeli cinema has some of the most creative directors and screenwriters in the world. Every year very strong films and series are adapted all over the world.

In fact, the adaptation of the Israeli series Betipul (In Therapy) will be shown in full on ARTE.TV at the end of January 2021 and on ARTE on Thursday at 8:55 pm from the beginning of February.

Ten Israeli films and series on your platforms here

For the festival’s 20th anniversary, seven feature films, six shorts, two series, and a tribute are planned online on the 25th Hour website.

Tickets will go on sale on Monday, November 23rd.  All you have to do is choose your film online and pay for it, screenings are 6 Euros each.

All about the Festival

Her favorite movie is The Dead of Jaffa by Ram Loevy. 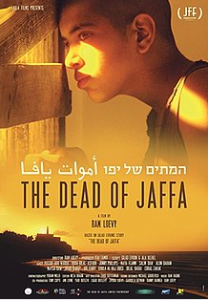 It will be broadcasted on the platform on the 25th hour:

The Dead of Jaffa was nominated for an Ophir in the Best Film category this year (the equivalent of a César in France) and tells the story of three children from the West Bank smuggled into Israel. 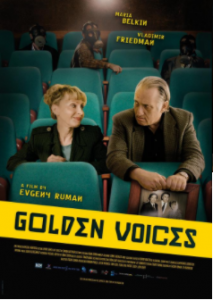 Chosen this year is Golden Voices, by  Evgeny Ruman: the story of Victor and Raya Frenkel, two Russian immigrants who are golden voices in the dubbing of Soviet films, newly arrived in Israel in the 90s, and who find strange jobs.

To be seen Wednesday, November 25 at 8 pm (online on the platform on the 25th hour) 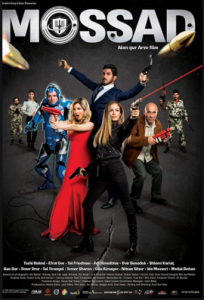 Chosen this year is Mossad, by Alon Gur Arye : a parody on Mossad: hilarious!

To be seen Sunday, November 29th at 8pm (online on the platform the 25th hour), preceded by Veil, a short film by Orik Fouks Otem

A web series to discover: Web Therapy, by Tali Shalom-Ezer. (online on the platform on the 25th hour)

The first three episodes will air on Sunday, November 29th at 4:30 pm. 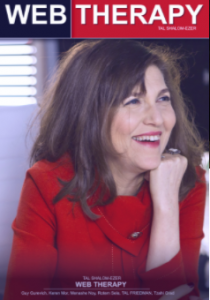 The Attaché by Eli Ben David

The story of Avashalom, a famous musician forced to follow his wife who was transferred to the Israeli Embassy in Paris … 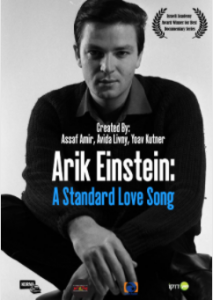 A tribute to Arik Einstein, one of Israel’s greatest singers and songwriters

Choice by  The Times of Israel 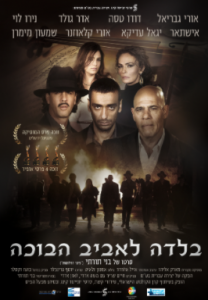 Saturday, November 28th at 2pm (room 1 online on the platform on the 25th hour)

The Ballad of the weeping Spring, by Benny Torati, about which Télérama speaks here.

The story of a young musician who seeks to rebuild a legendary “Turquoise” musical ensemble to honor a dying man.

Best Music at the Jerusalem Film Festival in 2012.

Thursday, November 26 at 7pm, The Electrifiers by Boaz Armoni, preceded by the short film Fine, by Maya Yadlin 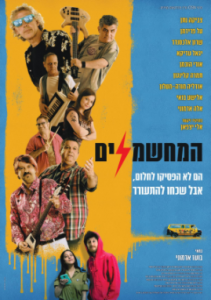 The Electrifiers by Boaz Armoni.

The story of the comeback of a rock band.

Friday, November 27 at 7pm, The Day after I’m gone, by Nimrod Eldar, preceded by the short film With Slight Steps by Guy Hodes.

The poster below, you will notice, inspired the poster for this year’s Paris Israeli Film Festival. 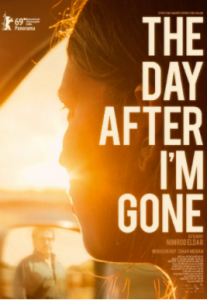 The Day after I’m gone, by Nimrod Eldar.

The story of a father and his teenage daughter trying to overcome the mother’s grief. 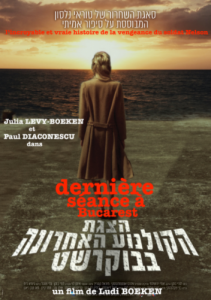 The true story of a soldier accused of desertion, who went in search of his father’s murderer during the Shoah.

All about short movies

BETWEEN TIMES by Meir Feldman

WITH SLIGHT STEPS by Guy Hodes

All the program of  Festival du Cinéma Israélien de Paris 2020

In the festival section of this blog you will find reviews of previous festivals: 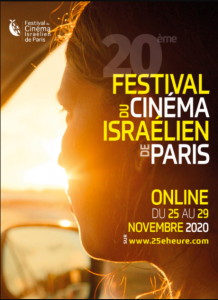