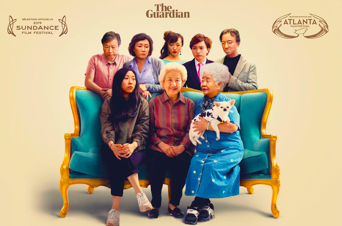 The Farewell – The grand daughters and their grandmothers

The Farewell, the grand daughters and their grand mothers.
Grandmothers, when they put their own efforts into it, tie special bonds with their granddaughter-grandsons. They don’t have to educate, they are past the jussive stage and have only one desire, to give love and give their knowledge. 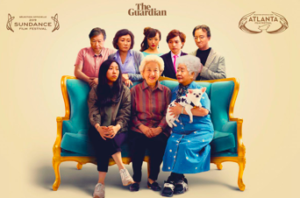 When the relationship goes well, the granddaughters have the same desire to pass on and bring to their grandmothers what they learn, what they love and they speak to them more easily.
The bonds are very strong and very different from the relieved of parent-child conflict. Grandmothers do not see their grandchildren often and the relationship does not have time to be scratched by daily life.

The Farewell is about this very beautiful and strong bond between granddaughters and their grandmothers.

A Chinese family emigrated to the United States learns that the grandmother (Nai Nai, Mandarin term for the paternal grandmother) is suffering from cancer and that she has only a few months to live. But in China, the tradition is not to tell it to the sick person.

They fly to China under the pretext of a wedding for a big family gathering. Billi Wang, her favourite granddaughter, faced a dilemma: to be honest with her grandmother and tell her that she is sick so that she can say goodbye to her or keep the secret to herself.

Awkwafina (both rapper and actress) won the Golden Globe for best actress in a comedy. She lost her mother at a very young age and had a very close relationship with her grandmother from whom she was inspired for the part.

This beautiful film, both funny and touching – the opening scene is relevant ! – directed by Lulu Wang, alas, didn’t win anything, but I’ve rarely seen a more accurate film about the strong relationship between a grandmother and her granddaughter.

It will soon be released on DVD. If you get a chance to see it, don’t miss it, it’s a gem.