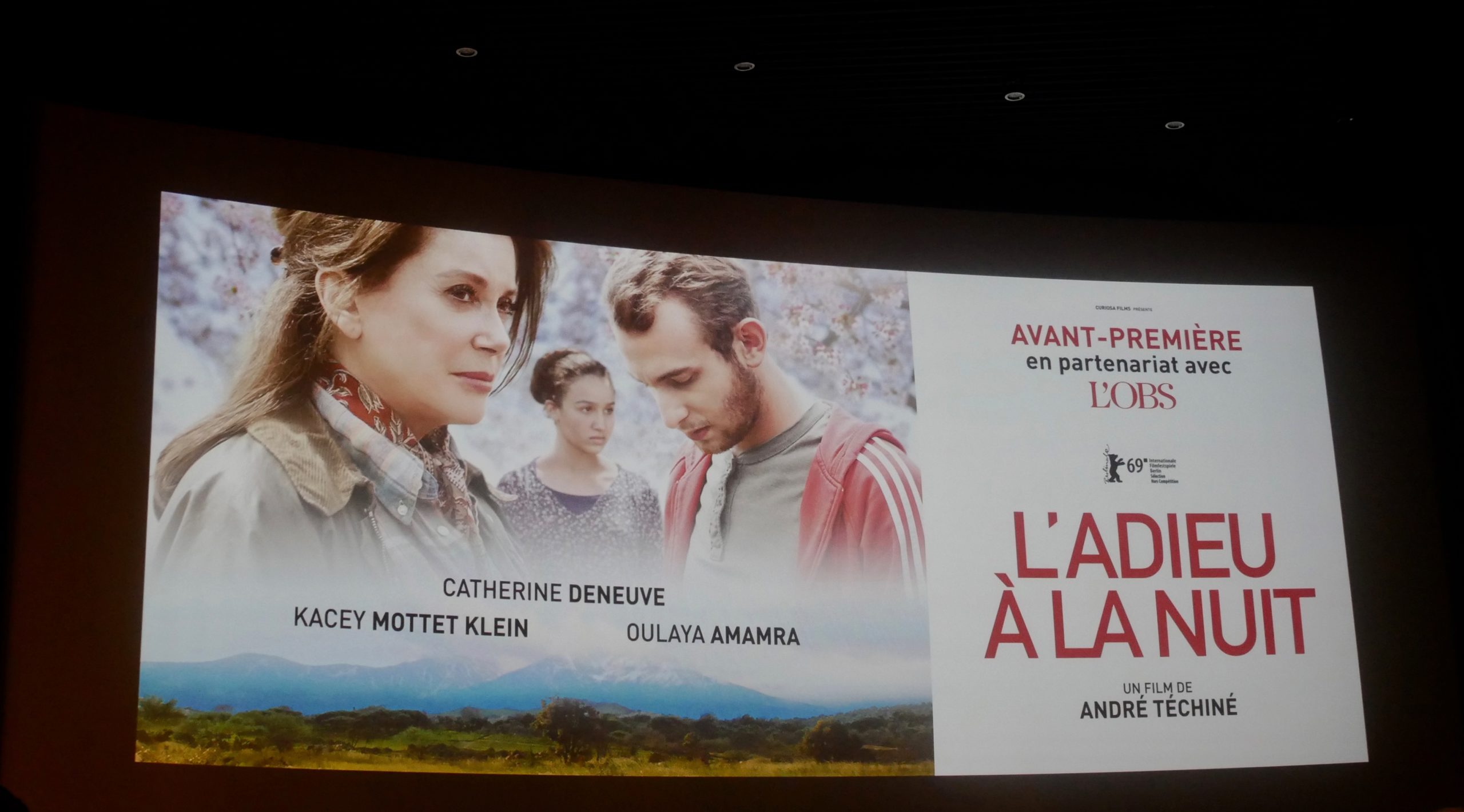 With courage and a lot of energy, the director tackles the difficult subject of the Islamic radicalisation of some young people in France.

As Avi Nesher, André Téchiné likes to take his ideas from reality to tell stories. A report inspired him for this script.

Muriel, played by Catherine Deneuve, is a woman who faces events such as a solar eclipse, a wild board…

She owns orchard of cherries and runs an equestrian farm with Youssef, Mohamed Djouhri, an old friend and sometimes helped by Lila, played by Oulaya Amamra, the future wife of her grand son, Alex.

Alex arrives and tells his grand mother that he is willing to go to Canada. But she discovers, by chance, that he converted to the muslim religion and became radicalized. In contradiction with her daily movements at the farm, she turns paralyzed and doesn’t know what to do. But she acts.

How do someone get into obscurantism ? How is it possible to say when you are twenty years old “What matters most is life after death” ?

That what André Téchiné tries to show, and even if it is very well documented, I regret the fact that he did not emphasize enough what to expect when they get in Syria : death, if these young men are not taken prisoners and sexual slavery for women.

Credulity, naivety, and the power of social media motivate a certain youth who justify the unjustifiable, in a context fo rising of the extreme parties, as the Front National one.

The actors are very good and I’ve noticed the good play of Stéphane Bak in Bilal role. The music is a little too present but it is without doubt a must see movie.