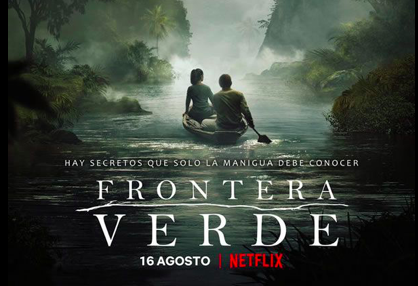 Helena, a young female detective, investigates the crime of four missionary women, murdered into the Amazonian forest, close to her birth place. Facing her past… 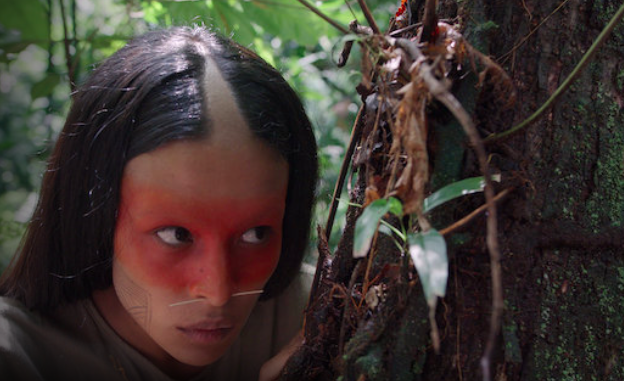 Red. That could be the next color of Amazonia, the color of a burnt land. Alas, an ocean of primary forest finally destroyed because of reckless deforestation and the beginning of our end. Roots, our roots.

Green. This is the color of this story told by screenwriters and directors of the series « Frontera verde », broadcast now on Netflix.

Helena, a young female detective, investigates the crime of four missionary women, murdered into the Amazonian forest, close to her birth place.

Facing her past, in search of her own identity, Helena, is also moved by a death wish. The young woman is crushed by a deep and disconsolate mourning. Helena forces the lazy and corrupted policemen addicted to series to act and listen to voices from the forest. 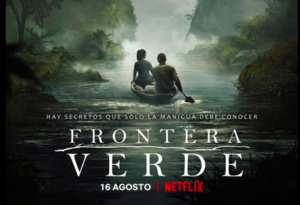 Shot in the jungle, in indigenous, Portuguese, Spanish and languages, this series is a call for help.

The camera takes us into a green dive, a beautiful, mystic and mysterious place which turns into a land of suffering, in the hands of lumber men, smugglers…Amazonia is a martyr.

The forest connects the world to its inhabitants who are the last gardians of our origins, an irrational and unwavering bond with nature, but still existing despite the distance created by increasingly modern communication tools.

What are our roots ? Are we all disconnected trees ?

New Yorker – A day in the life of a tree

The Last Duel and your entertainment news

What to see as from September 29