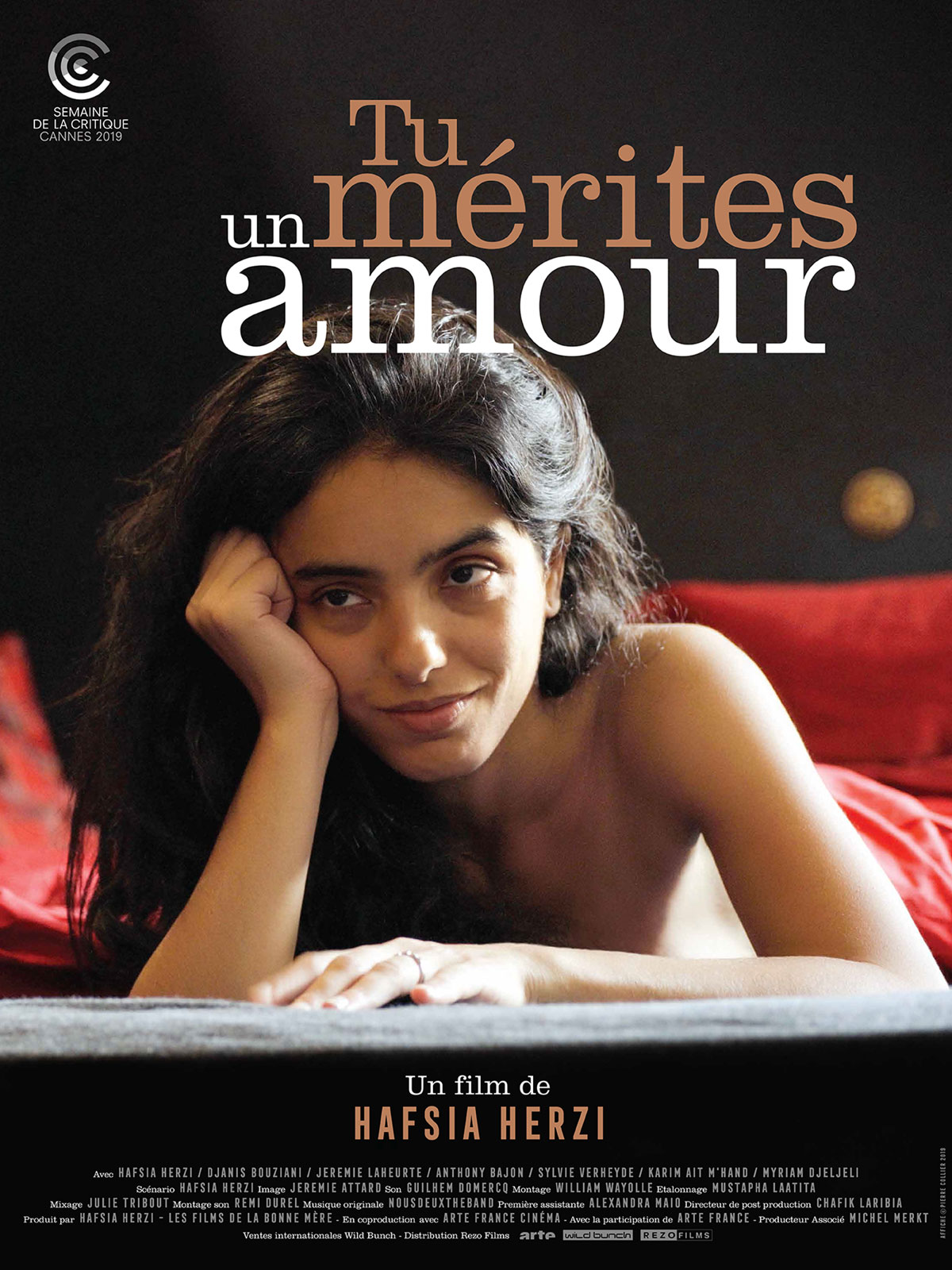 At la Cinémathèque Française, “You deserve a lover” was projected in avant-première with her director Hafsia Herzi, her all team of actors, and the Executive Director of the Festival de la Semaine de la Critique à Cannes, Charles Tesson, where the movie has been selected (58th week).

Hafsia Herzi wanted to shoot a film about love. As the love cake of Peau d’Âne, she did it with love.

We all have suffered from heartache. So, she shot the different stages of what we’re going through when we find ourselves, alone , left for someone else, betrayed..
This small death before coming to life again. The unfairness, the betrayal, the anger…With many colorful characters, Lila, the heroin, cries, tries to understand what’s happening and why, gets lost…

Few directors, if any, makes a film without financial aid, and so without any film distributor, a movie at the margins of the filmmaking rules, now in the process of being regularized.

Selected “in extremis” at the Semaine de la Critique of Cannes, this touching film is surely a very professional one.

The actors are all incredible (a crush on Djanis Bouzyani). Hafsia Herzi was well surrounded: the light done by Jérémie Attard (who has been working on “Mektoub, my love: Canto Uno”  by Abdellatif Kechiche) and the two cameramen Jeremy Renault and Tom Houguenague gave all their passion to the story and we, spectator are “trapped” in the sorrow of Lila.

Hafsia Herzi did a first controlled and sovereign movie with closely frames reminds of Abdellatif Kechiche movies, who made her name in “La graine et le mulet”.

The director gave birth to two great directors. A year ago, Sara Forestier, made “M”,  a film about a love story between a stuttered young woman and a young man illiterate, actress who shot in “L’Esquive“, one of the first movies of Abdellatif Kechiche.

Hafsia Herzi has often been compared to Frida Kahlo for her physical beauty.
She has also her strength, an unwavering determination and a total creative freedom.

This film will be in good movie theaters, in September.