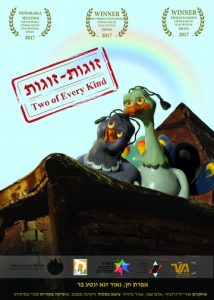 Two of each (species)....Time has come for the animals to leave the earth for the ark. 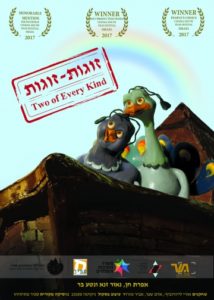 Two of each (species)

Each couple, male and female, are queuing to get into the boat. A turtle registers everyone of them. A couple of homosexual volatiles wants to join the others but the turtle refuses. Are they a couple in the Biblical sense ?

This animated movie tackles, with a sense of humour close to Woody Allen universe, the question of tolerance and the place of homosexuals in a society where religious texts are followed literally.